Am I right in thinking the skysphere doesn’t produce light itself and is just there for cosmetic purposes?

I’ve got a room in my map with a window looking out, I’m trying to create a sunny view outside, but you can only see clouds as the sun in the skysphere is facing the opposite direction to where the window is, can i just move the skysphere round and closer to face the window?

Would this solve my issue or would I have to rebuild the entire lighting structure in my map?

Come on someone’s gotta know the answer to this?

Are you using the standard skysphere? The one thats already in the scene when you start a new project?

If you are, there should be a light thingy in the scene called “Lightning Source”, this little thingy you can rotate so the light comes from the right angle, when you have done that, click on the “Skysphere” actor and there should be a box called “Refresh Material”, now the sun should be where its supposed to be in the sky for the light to make sense

Everything’s standard, so I’ve got the standard light source in there, I want to move the skysphere but keep lighting as it is.

you want the saddows the way they are but the sun in a diffrent location?

If you rotate the Lighing source you can still have the same amount of light (Same time of day), you just move where the light comes from, and where the sun will be in the sky.

If you want the shadows to go in another direction then where the sun shines from, then i cant help you, but here is two images of what i mean, how i changed where the light comes from, without messing with how the light looks (exept shadows offcourse)^

you want the shadows the way they are but the sun in a diffrent location?

I want to keep the light source as it is (behind the player), but simply flip the skysphere so the player can see the sun (in front of him). He can’t now because it’s behind him.

One sollution could be to do what i said earlier, but turn off “Affects world” and add a new directional light with the same settings as you use now, so the one linked to the skybox only affects the skybox, and the new one takes care of shadows etc.

I’m not having much luck!

This is what it looks like now looking out of the window:

This is what i want it to look like, this is what it looks like if you look outside at the opposite end of the building: 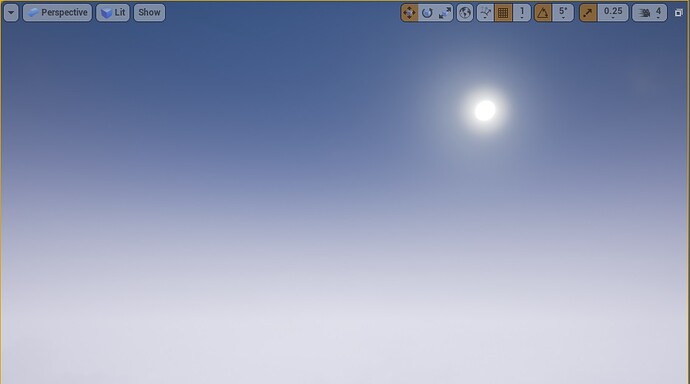 Made a video, horrid reseloution, and I had to mess about a bit since ive been drinking… but I show how it works in a shorta way 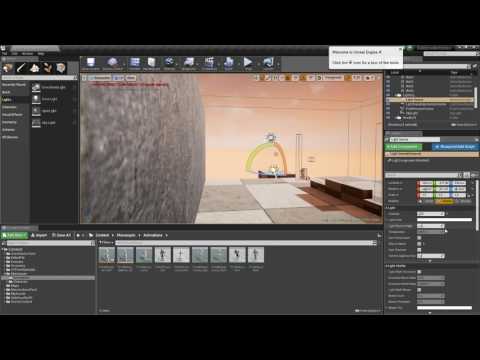 Thank you so much mate, much appreciated!

I don’t want to mess with the directional lighting at all, so I’m just going to create a sphere and give it an emissive material to fake a second sun and just put it up outside the window.

I need a drink after all that too, save us some!