Hi, everyone.
We (me and sindreij) have recently finished our master’s project by investigating whether flocking can be used as a future traffic management system. We have used Unreal Engine as our modeling tool to create the simulation, see the video below. The source code can be downloaded from the project web page.

What’s This Project About
What would happen to road traffic if we removed lanes? In this project, we have investigated possible effects of automatic vehicles and removal of lanes. The goal of the project has been to increase the efficiency of already existing roads while at the same time reduce the costs of building new ones.

Implementation
We created a roughly 400m long road segment with curves where we had vehicles driving in both directions. The personal cars had to avoid each other, yield to emergency vehicles, yield to buses, and of course, remain on the road the whole time. We also implemented an entrance ramp and demonstrated that steering behaviors can handle merging traffic. 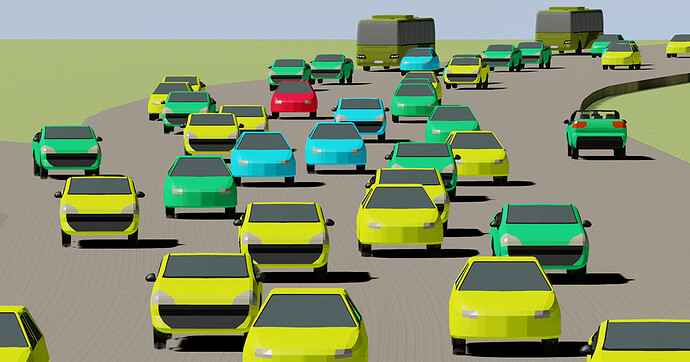 This is really quite interesting. I’m really keen in checking out the source code so thanks for sharing the link

Wow sounds very interesting! Which version of the engine did you use? Can´t open with 4.8.1