I’ve been working on a little side project in my off time from studies that I have been using to learn from.
The result has been a game of sort that I call Simulation which takes on a neon style look.
Over the past few weeks I’ve been looking into creating a procedural level generation system which I’m hoping to release as a Blueprint bundle on the marketplace at some point soon.
Simulation originally came about as a kind of puzzle game through which I learned how to create scripted events, AI and various other things which are beginning to come together into a game of its own.

Simulation is planned to have a variety of types of levels from puzzle ridden mazes to near endless runners.
The video below shows the current status of the procedural level generator at work creating a endless runner whilst populating the map with item pick ups, scenery which the capacity to spawn enemies.
There is still some work yet to be done but I feel the game is now at a stage where I can show it publicly.
https://youtube.com/watch?v=bxwbD3JDWEc 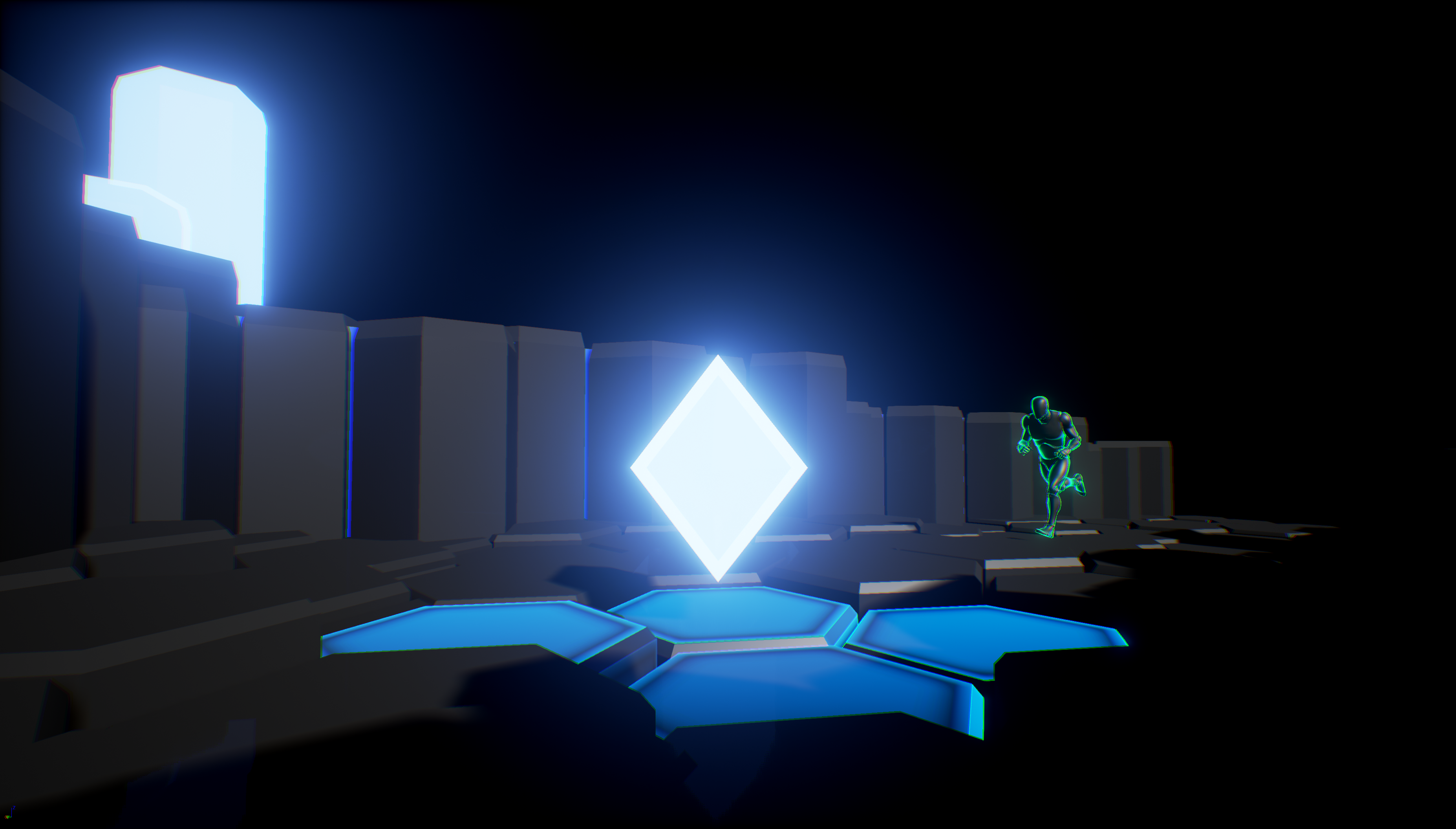 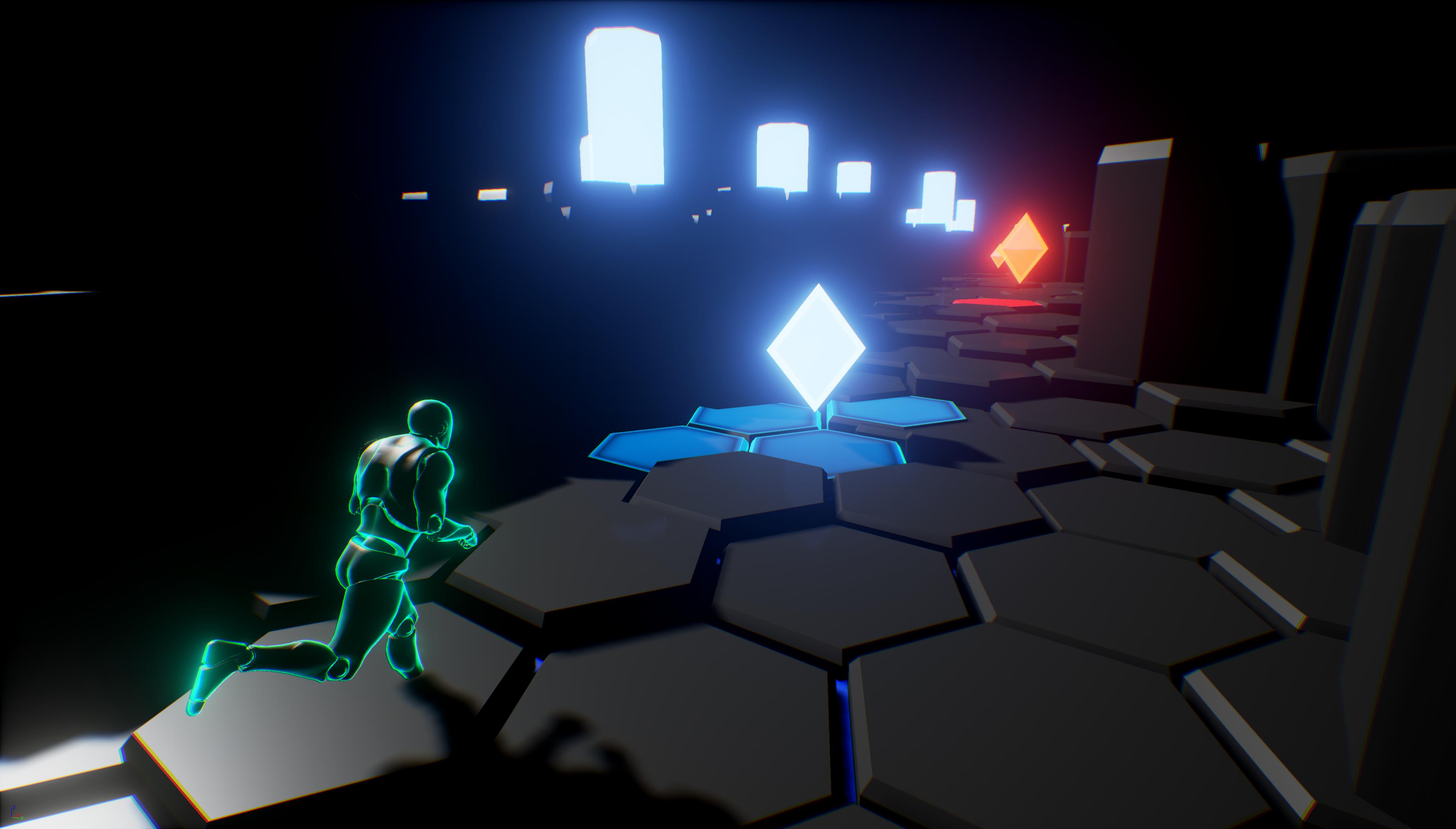 I’m interested to see what people think, any critiques or comments are greatly appreciated.
Thanks.

Your collision needs to be a smooth ramp instead of a hexagon on the floor. The player gets stuck and has to jump.

The procedural level generation needs to have some turns in it so I am not seeing the pop in.

Can the diamonds be power-ups or something like that. Give some more incentive to want to pick them up.

Great work so far though!