Here is a Google VR demo with four different APKs for ARM7, ARM64, OpenGL ES2 & ES3 + AEP. (NOW WITH HDR - LINK) The four variant APKs are all contained in this zip package in a demo based on the 1st person project/VR template combination with a couple of other things thrown in. It is Gamepad and Cardboard Touch enabled to trigger the nerf ball gun. Simple, but fun to launch all the primitives over the walls (in fact let me know if you project all the primitives over the wall). I have tried this on a number of phones ranging from a Note 4 to a Nexus 6P, as well as NVIDIA Tablet and Pixel C. Not all run in Google VR due to no Google VR service, but they will drop to Google Cardboard. So yes, UE4 now does Google Cardboard now

Link to APK and OBB file. (NOTE: To reduce the file size of the APK you will have to copy the OBB yourself into the Android/OBB/xom.neodio.gvr_1st_person_HG64_nolatencyoff after you launch the app and get the error OBB missing). (Sorry for the severe aliasing, I do have FXAA, but there is something else going on that I have not figured out yet) It seems like these were are all being rendered at a much lower resolution.

I tried to enable the low latency “Scanline Racing”, but the results were not very good. Screen bounces around and latency actually seems higher, with double images showing up. This might be due to either Nexus 6 or 6P do not have the proper hardware, which may only be in the newer MALI and Adreno GPUs that have multiple pipelines. I also tried to enable Vulkan only in both ARM7 & ARM64, but the apps crashed. I will have to go back and look at the debug file. These are based on GitHub build from Monday.

I plan to go back and make some of the other demo Google VR ready demos based on “Ice Cove” and the “Sun Palace” The latter I successfully converted into a GearVR app, so it shouldn’t be much to convert it and compare the two based on the Nexus 6P and the Galaxy S6 Edge since both have similar processors and screen resolution.

P.S. I am aware it should be “GVRFirstPerson” but I thought “GVRFistPerson” sounded strange enough I left as is. 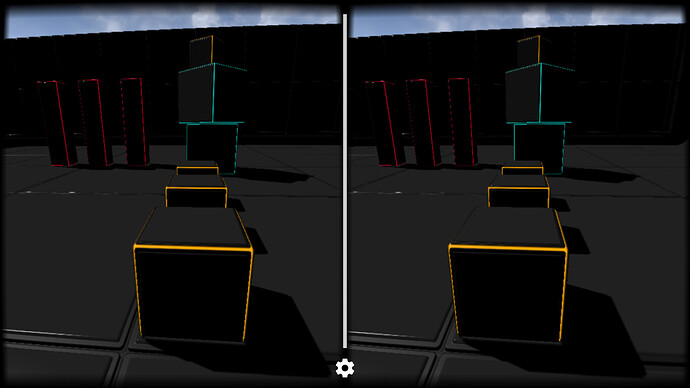 Works on my Moto Z.
Can we have the source files, or screenshots of all project settings?
Personally, I still can’t make my project working in Cardboard mode (with 4.14.x). Probably, arm64 option is required for this and I have errors building with arm64 enabled.

Great! It works on my Xiaomi Mi5S.

Also I have been working with cardboard VR of Google and I have packaged a demo project of our work team. I have uploaded it to Play Store in this link if you want to try it ( https://play.google.com/store/apps/details?id=com.cmasg.LogoVR ).
It is a free version and I also have the same problem of error building with arm64 but I knew more developers who has the same problem.

Hi, just tried it with a Samsung Galaxy 6, and the magnet trigger is not working. I’m trying the arm7 version. Any ideas?