Does anyone know what Motion Capture/Camera tracking software or solutions are compatible with [or designed to work with] any of the Blackmagic Cinema Cameras?

The application would be the first step in the production workflow to achieve real-time live compositing of live action shot against a green screen using Unreal Engine or similar 3D software, rendering on the fly with HDMI output.

Also would like to mention many of these systems seem to be for ‘VR’ applications but that gets confusing because often that means a 360-VR output for game use and Occulus and such.

My output needs are 2D.

I’m looking for an off-the-shelf system that takes the live action green-screened image and syncs it to a 3D engine internal camera [Unreal Engine - the virtual set] and then composites it and renders in real time to a 2D HDMI output for both live monitoring as well as editable footage, broadcast quality.

Basically looking for the live-action compositing scenario but with the camera-side motion sensor capture as part of the application. Composure looks like it could be part of the workflow but there are many elements of that workflow that just aren’t made clear. I’ve looked through the Composure quick start and tutorial videos, I’m not finding the components needed for my specific application.

I am trying to find out if any users on the forum have been able to accomplish the workflow but with the whole chain included - Live Camera [what camera and lens] - Motion Capture [what software] then into Unreal Engine, out to most likely a keyer [Composure?] and then HDMI output to both monitors and HD recording device.

The live camera shoots the live action against a green screen - motion capture system tracks the points so it matches the internal 3D engine camera, then composites this in a keyer, so the live action lines up with the 3D virtual set.

This should be a good start for live green screen 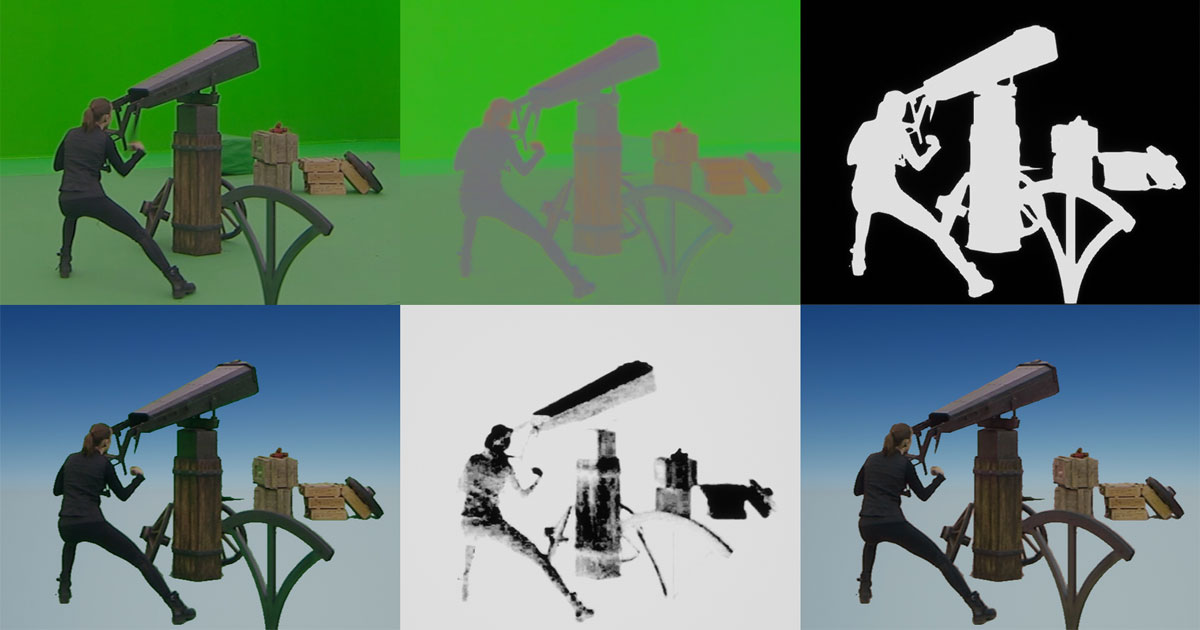 Setting Up A Chroma Key Material in UE4

With AR and mixed reality content creation on the rise, Epic Games’ Principal Technical Artist Ryan Brucks breaks down the process of crafting a basic chroma key function in UE4.

As far as I know the setup is intended for live feed, so if you need to also render the entire “movie” I’m not sure that is doable

For mocap, UE4 supports lots of different solutions ( IKinema, Xsens, OptiTrack ), and realtime character animation is quite easy to accomplish, but I’m not sure about the quality level you can get ( 2K-4k ), but I guess that with the new RTX you can push the quality.

Definitively a question for the Epic staff

Depending on your budget level, we may just have a full package solution for you…

Thus far there have been no affordable low budget solutions found to this. There are higher end systems involving very expensive mo-cap devices, such as Startracker but nothing affordable for no to low budget horror film making.

Epic was not helpful, as those solutions appear to be using animated figures being inserted into Live Action sets.

I did find a company in England called Vanishing Point that had a solution but it cost $10K and they had no US presence.

A rental studio solution might work best, if I could find a studio in Los Angeles that is doing this at an affordable price. It all appears to be
targeted toward expensive high-end TV and film production

Here is another video of what I would like to accomplish:

We have had an amazing response to our work in real-time compositing and live on-set VFX with our RT3 virtual production workstations. This post was updated on 2 November 2019. On-set Facilities Real-time VFX systems, are built in the UK, integrating...

The above uses Startracker Mo-Sys, with a rental price that exceeds what a normal day of location shooting would cost.