When i shoot, if i was ADSing and i stop ADSing in the middle of the shoot animation, i will have no transition, cause it’s like if the animation state machine doesn’t stop in this state. So what i do is lock the player to ads, until the ADSing shoot animation is end. If i don’t do this, i’ve got this result :

Blueprint who cast the anim montage : 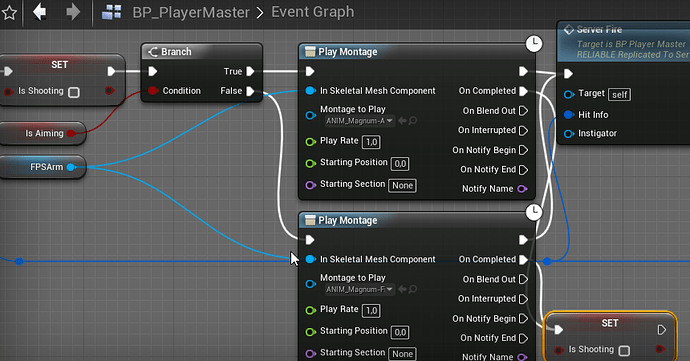 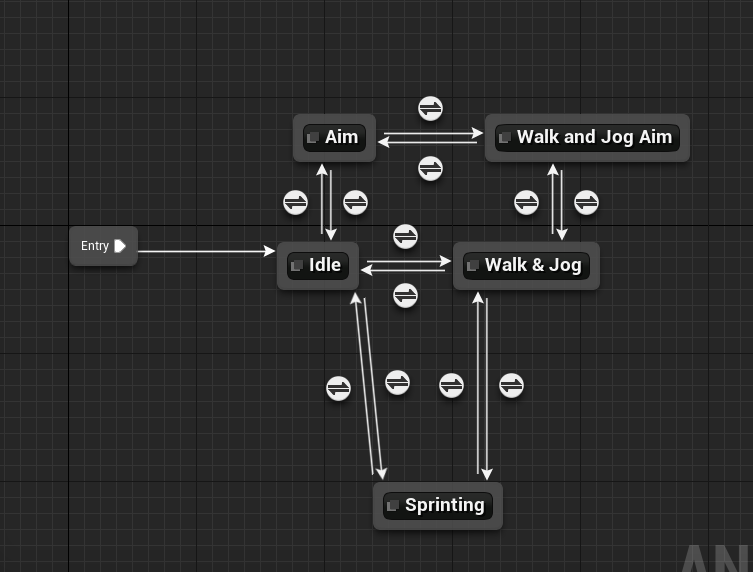 So, here the ask : As it’s not suitable for a fluent gameplay (as ads is lock while shooting), how i can deal this ? what is the othey ways ?
I think about blending the end of my play anime montage with my state machine, but i don’t know how this is possible,

I was thinking about putting shooting animation in state machine and triggering with a transition rule, unfortunate, there is no real possibility to have a bool who toggle after animation of state machine is play.

Thanks for you’r help guys !