Shepherds of the Abyss - A Multiplayer Tower Defense Game 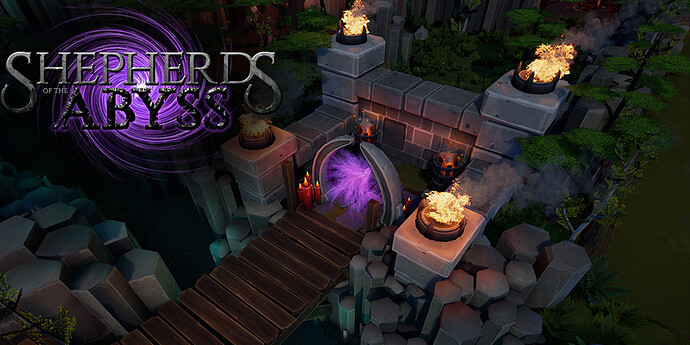 Hey folks. Me and two friends left our industry jobs in 2014 to strike out and work on games we’d be more passionate about. UE4 had become available so the time was right.

Our first project is Shepherds of the Abyss, which is a multiplayer tower defense game (1v1, 2v2, coop, etc.). One of our core goals for this game was to make a tower defense game that had a lot more active gameplay (i.e. less sitting around and watching your towers do everything, and more interaction and decision-making on your part). Some of the primary features:

We released a gameplay trailer a couple of months ago and just put a new video up on Steam Greenlight that goes into detail on our design decisions and shows off a couple of the (more finished) Shepherd units.

Comments, questions, etc. are more than welcome. Thank you

This looks really cool actually, I might actually buy it just for the pvp aspect.

Thanks for the support.

PvP has definitely been our primary focus up until now, but we’re going to flesh out coop and single player modes as well. We just wanted to really figure out PvP and use that to inspire the other modes, instead of the other way around.