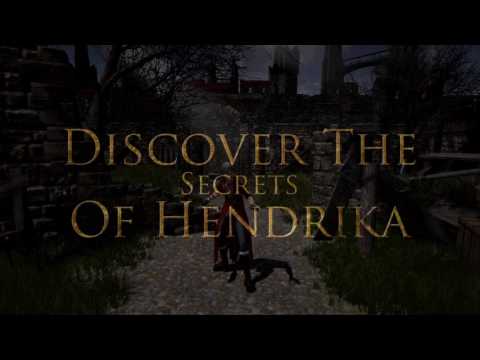 What Is Shadow Heroes?
Shadow Heroes is a game where players from around the world compete in epic battles with hundreds of units using weapons, magic and tactics. Yours is the role of commander, responsible for preparing your troops and leading them to war in order to eliminate the enemy commander.

Is this a RTS Game?
The answer is yes - and no. Shadow Heroes focuses on the tactics instead of the logistics of warfare. You chose what units to send into battle and how many. There is no micromanagement of non-combat units, no building structures and no researching as the battle rages on. You are down on the battlefield to win a victory, not to build a civilization. You don’t have to order every one of your troops: they are smart and they know your objective. Instead, worry about preparing reinforcements and gauging what will take down your enemies forces.

**Gameplay. **
In Shadow Heroes, you gain income every second. Based on what units you have purchased. Every unit purchase increases the income you gain. Waves of units spawn at set intervals (usually 15 seconds) and every unit you have purchased then marches toward their objective stopping to attack enemies in their path.

Purchases persist across spawn so if you purchase a unit on the first wave it will spawn for every wave after that as well. This leads to larger and larger armies as the game moves forward. Each type of unit has unique abilities and roles in the game and the composition you choose will greatly determine the outcome of the battle.

Equipment
In addition to what units you are purchase, you can collect items that are dropped in combat and equip your units with them. Each unit in an army has up to 5 equipment slots that can hold different types of equipment. Each kind of equipment will come as either a passive or active type. Passive Equipment creates provides a constant minor boost to your unit’s stats. Active equipment requires you to order your troops to activate the equipment and provides short boosts to stats but is typically more potent than passive equipment. This system lets you control what level of micromanagement you are comfortable with and still be competitive.

Equipment can also be combined together in order to be upgraded. If you find yourself accumulating a lot of items, start combining them together to create more potent items and use them instead.

Looks good so far. Keep updating it with more screenshots and videos if you can

That’s the idea. Every few days I’ll be updating this thread with more and more stuff and in a few weeks I’ll have a gameplay video put together. Even up to then I’d love to hear feedback. It’s only me and 1 other guy working on this at the moment so getting some perspective can only help

Today I wrote a quick blog on the Status Effect System In Shadow Heroes: Vengeance In Flames. Take a quick read if you are trying to make something like this yourself as I go over the major concepts I used and if you have any questions don’t hesitate to ask.

Would love to see it in movement with a gameplay video maybe?

Looks very nice so far, agree with above post though, would like to see some gameplay if possible, loving the style your going for.

How’s he create the characters?

How’s he create the characters?

I can outline the process. Note: You can always right click an image and open it in a new tab for a full view.

First we would start with a concept rotation of the character.

Merge the two together and apply the base materials

Then finalize the materials.

We’ve been putting a lot of work into the game this past week and we will be recording a video very soon to show some gameplay (just some AI bugs and some HUD testing to go) But in the meantime, I wanted to show you a screen grab of just a few item icons we have in the game and these are only the start!

Hello everyone. Today I’m sharing a look at what will be our first playable level, the Soren Pendar Road with this level fly through.

A Snapshot of the character screen you will see in our upcoming greenlight trailer.

Really like your work and love the icon art!

We have just launched our Greenlight campaign! Help us launch Shadow Heroes into the world by voting and following us on steam!

This is looking quite good guys! Really excited for you! I’ve tossed my vote for your GL campaign. Best of luck with it!

cant wait to play +1 for greenlight !

Thanks for all the votes and well wishes so far! From what I can tell, we are doing great. 24% to the top 100 in 24 hours. Not only that, but I feel that our 41% of people who see the game vote yet is fairly strong as well. Especially since the top 50 games average 33% I’ll continue to update our greenlight progress and hopefully write a greenlight post-mortem after we are done.

It’s been a little while since my last update but yes we have been greenlit. We are working really hard to get a demo version of the game ready for people to play and so that we can get some feedback on actual gameplay. As it stands, I recently added a new ability system in the game. This is a generalized sub-system that can be used in different games as well so I’m fairly happy with it.

To fast forward a bit, this is the kind of result that you get. Note the ability icon automatically updates with it’s cooldown timer, No hud calls required. The ability itself prevents the ability from being activated if the cooldown is running so there are no disabled buttons either. The sphere that is spawning is the abilities area of effect for damage. Every ice crystal that hits will effect this area doing a sphere overlap check for performance. (sorry for the big gif file)

It’s been a long time since I posted any updates here. We have still been hard at work though today I have something interesting to share. Shadow Heroes is getting ready for Early Access on Steam! Currently we are developing our tutorial system to help new players learn some of the game mechanics as well as adding some new abilities to the existing commanders. Here are some of the things you can look forward to:

Multiplayer out of the gate
While we have a basic AI in place, It’s not the most challenging thing out there. That’s why we focused on multiplayer instead. Challenge your friends, or strangers, to see who is the best and slowly rank up.

Active and Passive Items
This has been a big part of the design for Shadow Heroes. We wanted people to have access to both types so they can play according to their activity level. This means you don’t need to perform 300 actions per minute to be good; it doesn’t hurt though.

One Game Mode
We are currently launching with one game mode: 1v1 Commanders. In this game mode you are in control of one unit that influences your other units via auras, has access to powerful abilities and can move around the battlefield. The goal of this game mode is to eliminate the enemy commander. There will be three commanders to choose from at first with 5 more planned for the future. Expect additional game modes in the future!

Item Progression
As you win (or lose), items will be acquired as rewards. These items can be equipped to your units for an increase to their stats. You will gain a lot of items in Shadow Heroes, that’s why we provide a way to combine them into more powerful items. Equipping items on your units greatly influences how you will play. There are a lot of strategies out there, each with their own counter, so you will have to think about what your enemy might do and have a plan for their demise!

Weekly Updates
At least … that’s the goal! The past few months, we have been trying our best to get weekly updates up for Shadow Heroes private testers. For the most part this has been successful with the odd week missed due extenuating circumstances. We plan on continuing this in the future for our users. For more information on how we can release weekly builds see our Development Process post.

That’s a basic overview of what to expect. We will be updating more and more as we get closer to the launch date (which we will confirm at another time). Sign up for the Alpha for a chance to get a testing key and participate in our multiplayer tests coming up soon.