I hope to have posted in the correct section; I didn’t find a more fitting one, so I went for general.
I’m working on an Unreal 4.26 based project on a 360° dome consisting of 4 wall projectors and two floor ones.
I followed the tutorial for In-Camera VFX which was the closest to my setup and, removing some of the unused components for VFX, managed to have it running on one camera.
Now I’m trying to extend it to my four projector setups, but I always get only one camera rendered on the entire four projector resolution.
Here is my .cfg file: https://pastebin.com/c2U1sd1J, which is just a reduced version of the one from the tutorial with added the four views.
The four cameras, associated with the four curved meshes of 1/4 of a cylinder in the world outliner, looks like this: 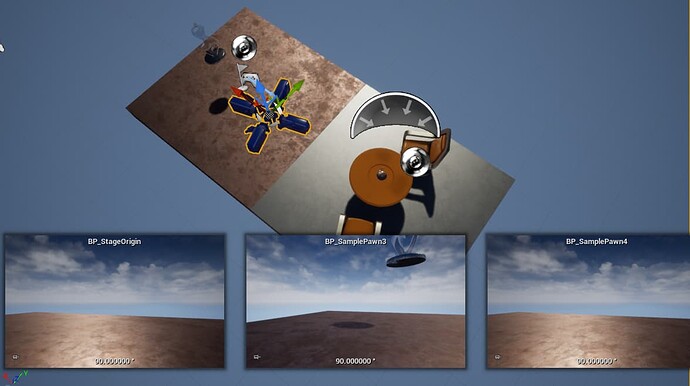 Where each led_Curved_warp blueprint is like this, with progressive viewport_id:

I know this can be quickly done in 4.27, but I can’t upgrade to the new version for some project constraints.
Is the multicamera setup in the world outliner wrong? Should I add something to combine these four cameras?

Thanks in advance for any help