Setting up a simulated physics object with sub-objects

I’ve got a cardboard box that the player can kick around. It looks pretty good, but it would be better with some awesome cardboard lid flaps coming off of it.

What’s the best way to set about doing this? I’ve made two flaps as separate meshes, but I also thought about using bones and rigging it and using IK somehow. Thing is, I don’t care about the accuracy and just wanted to use ragdoll physics, so I went with the former option.

How should I set it up? This is what I have at the moment: 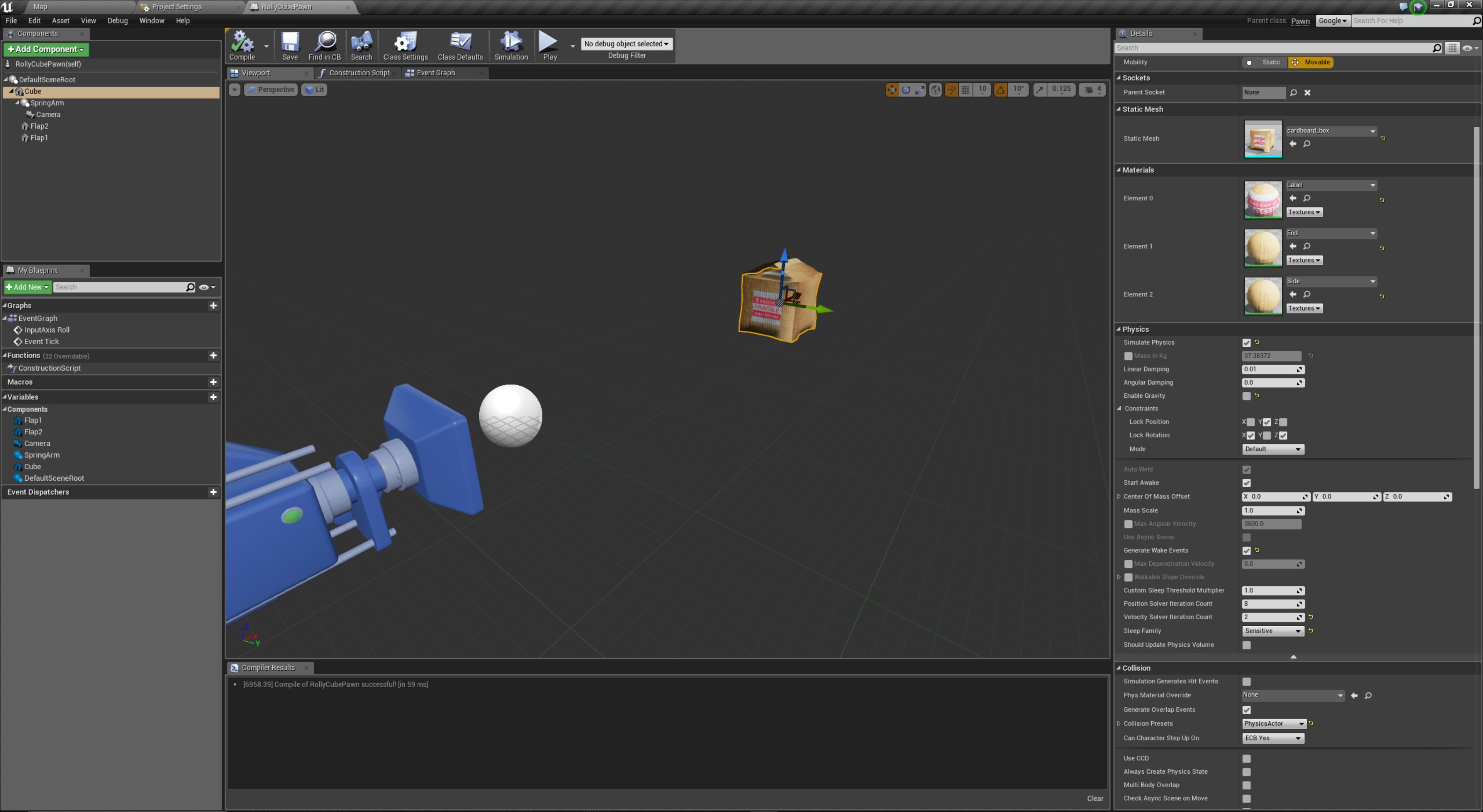 So ignoring the weird setup (the camera rotates on a springarm behind the box and then the pawn applies a force to the box to simulate gravity using the camera’s down-vector) what I’d like is for the flaps to just flop based on regular gravity, rotation of the box, etc. What happens instead is they fall to the floor (or the ceiling) and stay together but go all over the place.

What should I be doing here? How do people set up ragdoll attachments normally?

So I ended up setting it up as a ragdoll setup and that works pretty good.

Only thing is, one of my flaps works great and the other is messed up and on an angle. The bones themselves are set up right but in the physics body one of them is all messed up and I can’t set the constraints correctly (ignore the whack shadows). Any idea how to fix this? 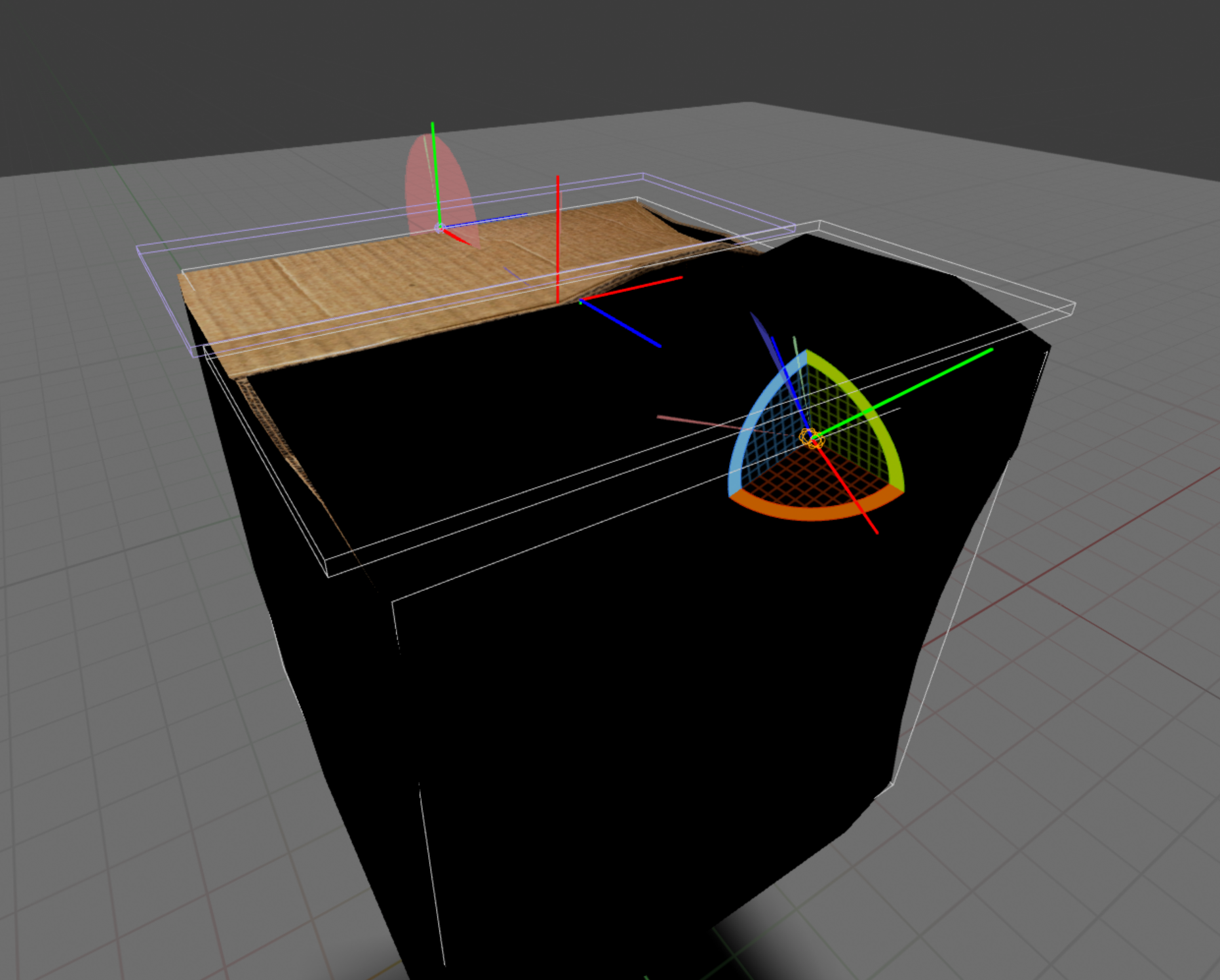