I’m working on a game and recently I’ve noticed that the ‘Set Timer by Event’ executes 2 (two) times at same time and I’m not sure how to approach and get it fixed.
The Timer event is inside the Level Blueprint and was supposed to spawn an actor at specific time but then there were 2 (two) actors, so then I put a print and it would print 2 times the word ‘Hello’.
I tried the same timer on brand new project and it worked fine, which means it showed only one ‘Hello’ at the given time, but in this project it’s executing 2 times. I created a new project and migrated the folders and it dragged the same issue with it self there.
Where should I look so i fix this? 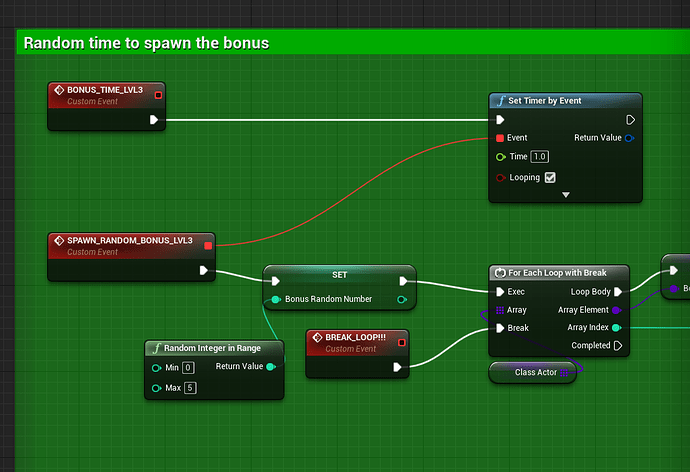 Why do you use forloop to spawn just an actor? Just use a Get from ClassActor. Maybe your for doesn’t break as intended?

As far as I can see, it’s going to execute once every second forever…

Have you put the print here?: 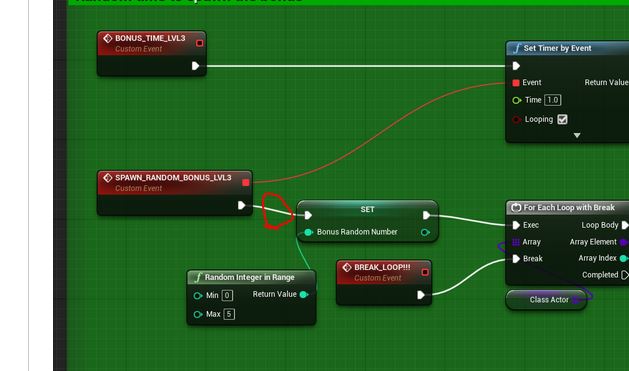 There are 6 actors that should spawn randomly at random location, so that’s why the random integer matches the number of the array, it spawns that actor equal with the random number. That part is working perfectly well. The problem is that it spawns 2 actors. I even removed the for loop and i simply put just print string ‘Hello’ and it would print 2 “Hello”'s at same time and I don’t know why.

Yes, that’s what I thought and it used to do, but it doesn’t anymore. I did the very same type of timer but using ‘Hello’ string on brand new fresh project and it works as intended. But inside this project for some weird reason it does double. I migrated the folders and again, it does double… it brings the weirdness with it self. I’m suspecting that I was deleting levels and recreating and naming them, and somehow… somewhere it broke something, but I really don’t know where.

Yes, I just did it and it prints 2 times ‘Hello’ per second. I took print screen right away as soon as it started so it’s not populated with more. 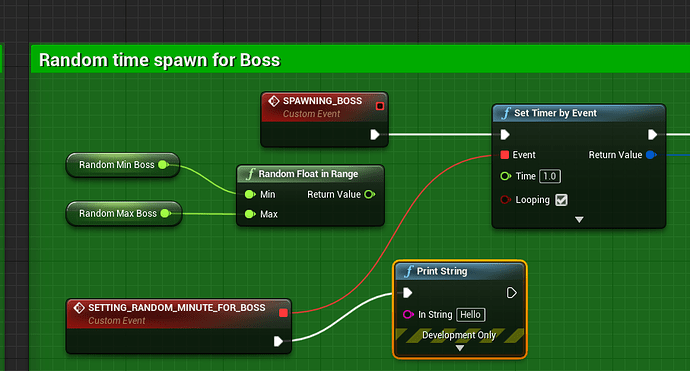 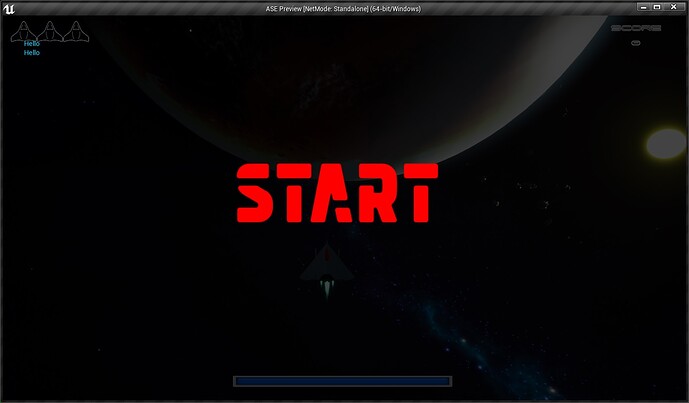 Could it be possible that Bonus_Time_LVL3 event gets called twice?