Alright, So I have this magic spell as an actor, the spell is a life drain spell so when you hold the casting key if it hits the enemy it drains their HP, I have everything working except for 1 thing, I want the particle effect to lock onto the enemy. The particle effect is a beam particle that I made when following a tutorial.
I need some help with how to do this or what I have done wrong.
Heres some pics of the BP and the particle effect: 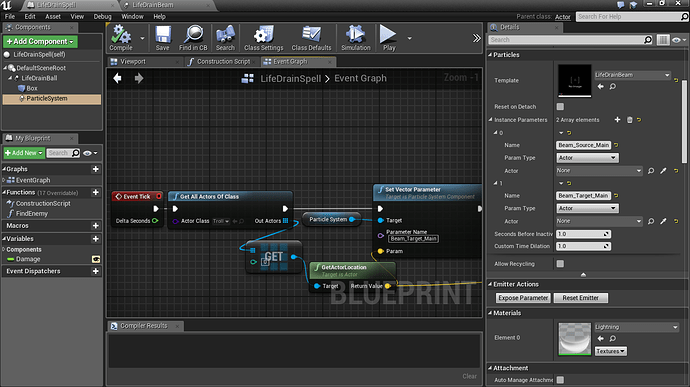 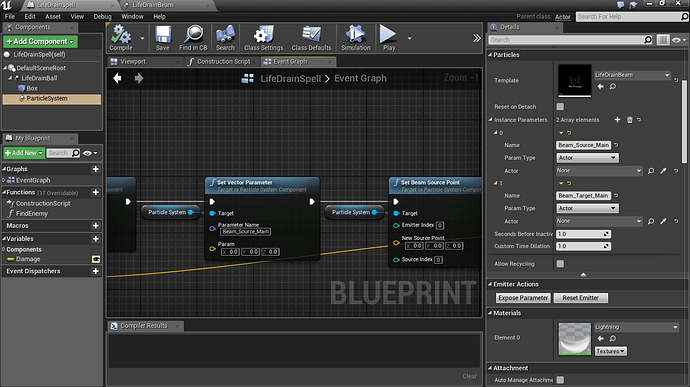 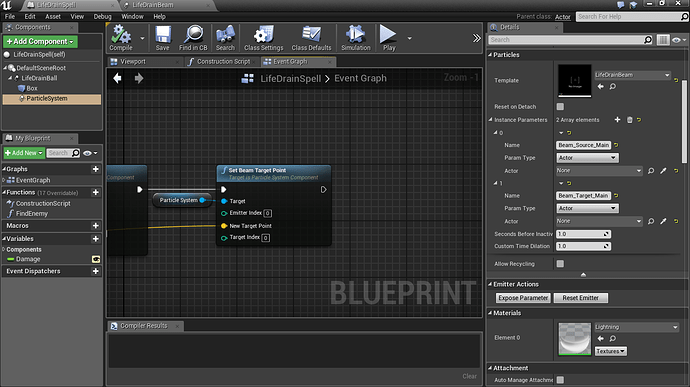 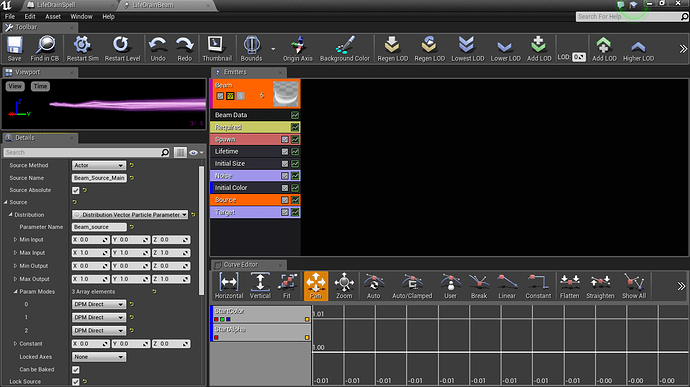 in your second screenshot, youre not setting the source or target anywhere, theyre both set to 000 for the Vector input

New problem, I got the beam to work, the problem was in the particle effect. But now when setting the target, it works for the first time but doesn’t keep updating the target location.

What setting in the particle system did you change to make it work?