I believe the engine is creating an additional spline point but it is not editable. When I print to text num of spline points it shows the same number as the viewport. Or the spline point shown in the blueprint is not connected to the new world location.

If you set the ‘Point Index’ of the ‘Set World Location at Spline Point’ node to 0 instead of 1, the gap is fixed. Give this a try and see if it works for you.

Although the gap is removed, now if I want to use point index 0 to spawn meshes or other actions they will occur at this new point. The original point index 0 now doesn’t have an index assigned to it.

I’m sorry if I’m misunderstanding, but if I spawn a component at Spline Point index’s 0, 1, & 2 they are located at the correct points. Is this not what you are seeing? 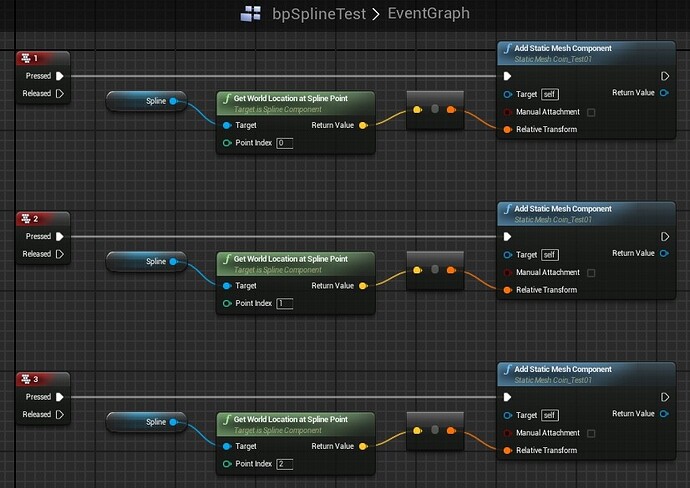 No sir. I am trying to move a placed spline point to a specific location via construction script.

I see now. I was able to reproduce this in 4.7.6 but this is now working properly in our latest internal build. If all goes well, you should see this fixed in the 4.8 release.

As for a workaround, I’m not exactly sure. The ‘Set World Location at Spine Point’ just isn’t working correctly in 4.7.6.

Thank you, I suspected it was a bug. Glad to hear it is fixed and thank you for your help.

I’m Bumping this thread, because I met the same problem in 4.8.3

I’m trying to update the spline point location in construction script, and it doesn’t actually work. Yet, something happens. I’ts like the location was updated, but the spline isn’t. You’ll see, it’s pretty clear with the images below

Here, the script tries to move the second spline point up a bit, until the line trace says it’s ok. Nothing fancy. And Whatever happens before isn’t relevant.

And look what happens ! The spline point doesn’t move, YET, it’s feeding the line trace with the updated location values. That’s really weird. 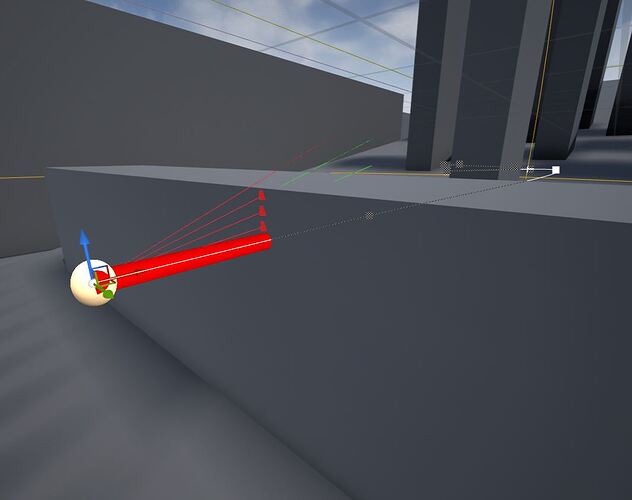 Did I miss something, like a “reconstruct spline” node or something ?

It seems he accepted his answer after you bumped this thread and I can not undue it. You may need to open a new answer thread and link this in your description of the problem.

Sorry about that, I missed your response.

This broke at some point after the 4.8 release and was working properly in 4.9 just a while back. However, it is now broken again in 4.9. I have reopened the JIRA which is UE-18438. Our developers will be investigating further.