Set variable if none WASD keys are pressed 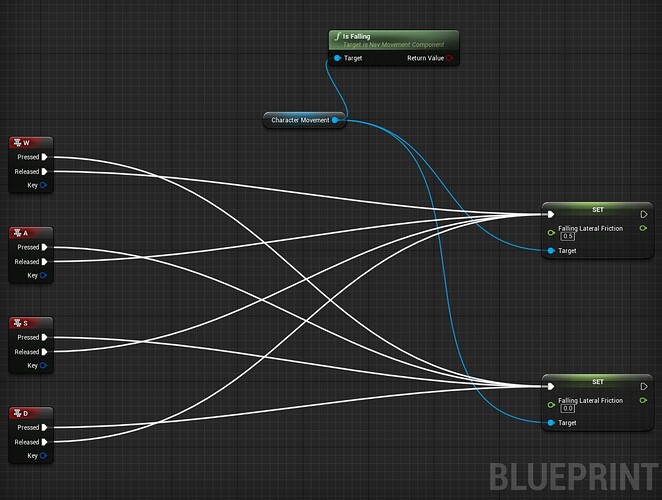 Interesting problem you have here.

Here is an idea:

I hope this helps and let me know if this makes sense!

Hey, thanks for the reply. Do you mean something like this? 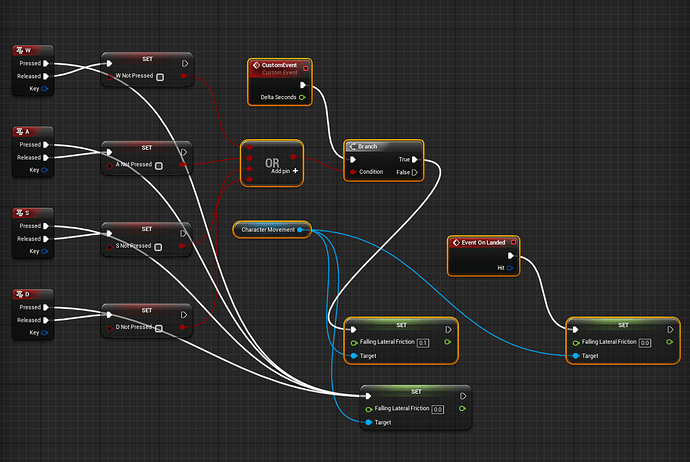 I can’t reproduce anything with this, guess I’m doing something wrong - however, I found a workaround but still it isn’t perfect: 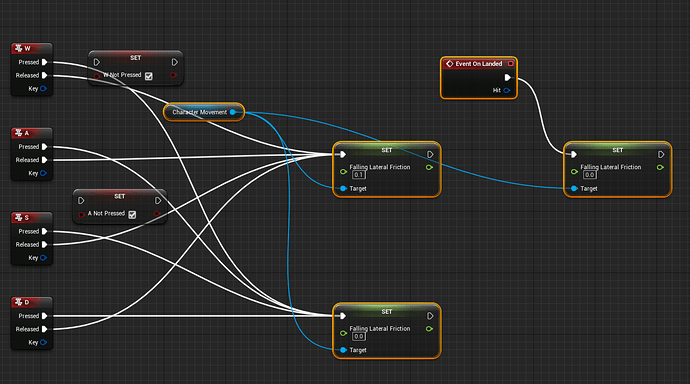 Not quite! It doesn’t look like the values are ever set to true so it will always trigger false. Also try to use positives as your Boolean values. Having it as Not Pressed is confusing (at least to me :))

I think you’ll want to use Get Variables rather than pulling the Pins directly from the Set Variables as well.

I’ll try to throw this into an example BP when I get home tonight so its a bit more clear. 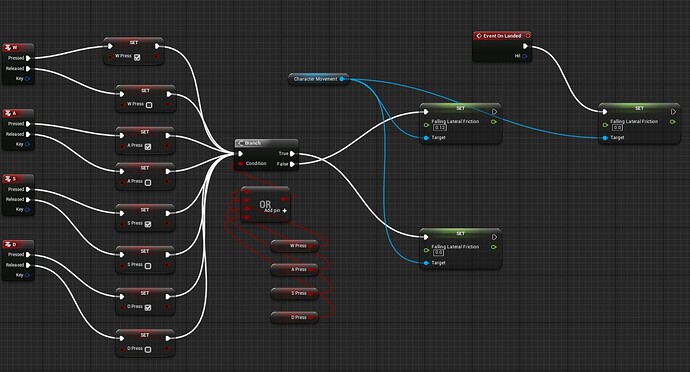 Is there a way to print it like this? Why can’t I use one duplicate event that is already declared in other code, like “Event OnLanded” or “Event BeginPlay”? 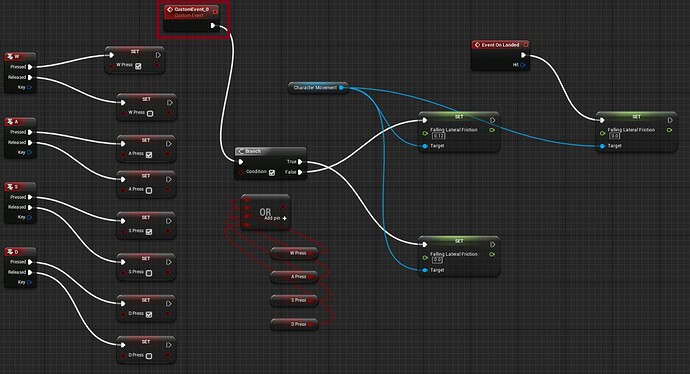