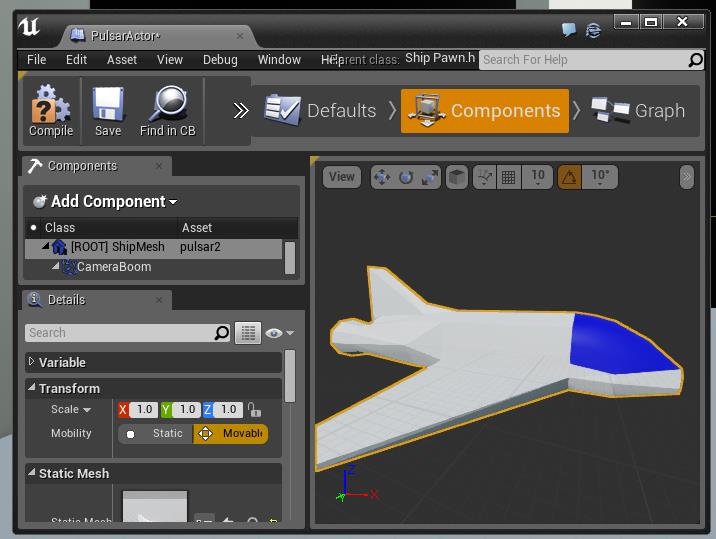 See the value named “Scale” under the “Transform” tab in the bottom left of the image? I want to set the default value for that via the C++ class that my BP inherits from. I’ve tried running all sorts of methods in the C++ constructor (including SetRelativeScale3D) however none are setting the default for that value.

Running some of the other functions after the construction of the BP actually does seem to be working. However, I then loose the ability to modify the scale on a per BP level using that scale value. This is part of why I want to be able to set a default for that value.

Are you constructing that component in C++ or blueprint?

The root component is constructed in C++. It’s model is set in BP.