Really strange issue. I am rotating my character towards a cursor location in the world. The Set Actor Rotation always returns true but 1 in 3 times the character does not actually rotate.

The first image is the blueprint code for the character that is called, with the debugging in place.

If I trigger the code multiple times, eventually the rotation is updated correctly.

3.ss.jpg789×454 229 KB
This one is a little weird to look at. Note that I did all 4 of these without moving my cursor at all the entire time. I kept pressing a keyboard hotkey to repeatedly trigger the code.

I can’t come up with any logical reason why this is happening and it’s so strange.

In a final attempt to illustrate this and try to prove I’m not crazy, here’s a video of it in action: 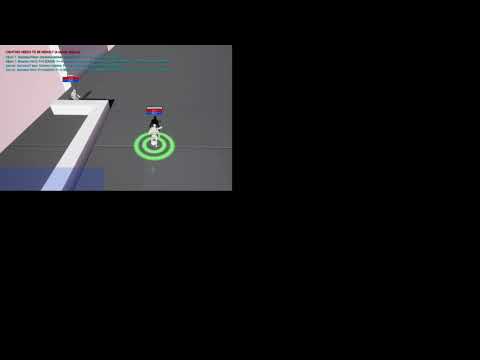 I move the mouse below the character and push the hotkey 3 times (identified by the projectile lobbing out). The first press updates the actor’s rotation (so it says) but not the actual actor mesh. The second press does nothing. The third updates the rotation of the mesh.

Any thoughts on this?