Game for Oculus Rift and XBox controller. Intended to be a seated experience, but I guess you could do it standing as well.

Didn’t get nearly as much done as I wanted to because I had HDMI connection problems with my Rift eating into my time. Glad I could hand something in though.

Instruction:
It’s Multiplayer, so play with others

Only one crate is the way to win, try to find that crate, pick it, and jump in the whole!

About Game:
A 3d platformer puzzle game where You try to keep control of your “self” while Constantly losing to ability to so.
Game is meant to frustrate you

all original by me
exceptions are
unreal mannequin
Free fonts from 1001freefonts.com

cheat: press 5 to make your opacity on things that lose it come back come back

When the wind takes your lotto ticket, what do you do? Even tho you most likely die and don’t win, you’ll go catch it of course!

I was going to make an online card game, but then I realized that I don’t know how to do it. I made this instead. Didn’t either know how to do an endless procedural city, that’s why it’s so buggy. Also there could be more sound FX, but time constraints and lazyness hit me.

Controls:
A and D to turn around, space bar to jump.
Space bar twice to double flip jump, which will boost you
When close to the ticket, left mouse button to catch it

Outside assets:
Music by Kevin MacLeod and some random car horn effect.
Car and tree models I made for July jam, not for this.

Name of your submission
Amsanity_WhatIsGone

About Game:
What Is Gone is a point-and-click memory puzzle game. The lights switch on and off, every time the lights are off an object is taken away.
Get them back before the room is empty and the last thing to take is you.

Everything is made original by me except for the music, which is: Philipp Weigl - Subdivision of the Masses.

Description:
My Enemy’s Draw is a card fighting game in which you steal the other player (an AI in this case) a card before the round starts. The cards you have for this round are than played off one by one. There are four types of cards: melee attack, ranged attack, block and heal. Both, the player and the AI, have special points, which they can use to see one of their own cards. If the other Opponent then picks the peaked card, it gets replaced by a new hidden one.

Our theme interpretion:
We thought about stuff you could possibly miss in a game.
So this is a little card game where you have some moves determined by cards. But before the round starts you can steal the other player (AI because of lack of time) and vice verca. The Card you’ve stolen is the one you are going to miss in your game. You’ve only know which cards you’ve got until they’re gone

Other notes: Yeah, seventh time we are participating in one of epics game jams. Hopefully we’ll get a badge this time!

**EDIT: ** Everything expect the music is made by us! (we own the license of the music)
We hope you’ll enjoy!

You play as Pat, a test subject for the facility. You must complete sequences, each sequence takes away something from Pat which affects the gameplay.

Notes: I really loved working on this project, unfortunately I couldn’t stay for the entire Jam due to work. Still, I wanted to submit something so here is my take on this months theme.

All assets in this game were created by me for this Jam, apart from the sound effects which are Royalty Free and modified.

**About:**The aim of the game is to find the other asterisk in the level and return to the center as quickly as possible.

Didn’t get round to adding sounds unfortunately, but I hope all who play enjoy regardless

Used assets: some parts of the FirstPersonCharacter

About the game:
You have to deliver packages and guess what’s in them.
For controls look at the Help option.

You don’t know WASD you’ve got until it’s gone…
Typo and The Perforator is a game about typing stuff really fast because that’s the only way to move around.

You’re alone on a trip through the mountains. You took a bag of syringes with you. Each is filled with a cure for a specific disease.
Following happened: you got sick. And you need to figure out what you’ve got. Then, use the correct syringe to treat it.
If the disease is gone, you know what you had, because the cure worked.
But if you chose the wrong syringe, you will die and never know what disease you had…

Further Game-info:
You will have to figure out which of the possible 4 diseases you have, by using the tools, info-sheets and audio feedback.
Once you think you know it, pick up the correct syringe and apply it to your other hand!

It is developed for the HTC VIVE, using both motion controllers. Please be sure to have SteamVR running before starting the game. Have fun!

hey guys, this is countdown sniper, a game about a guy who got a mission, but he can`t know what he go to do. we tried to implement as much things as we could, but the clock was ticking and we could not program things like menus and other stuff, that we wanted, so there’s countdown sniper, thank you guys and enjoy.

Name of your submission
alonzo_EscapeFromTheGhosts

About Game:
It’s my first game jam entry. I’ve learned a lot and there are still a few things I need to figure out. I’ll upload the source files after the GameJam is over (it’s a mess). Had too less time for learning the engine and building the “game”. But you only get better practicing.

You only got one match to light your lamp again. But sadly I didn’t figure out how to remove the ghosts after the lamp was on again.
I had a lot of fun creating this. Need to end now, it’s like 2AM and I need to work tomorrow.

Have a good night.

P.S.: Everything is made by myself, only the ghost from the banner above might look familiar, but come on it’s a ghost.
Sounds are made with DrPetter’s sfxr
Graphics where made with Affinity Designer Public Beta

Having previously used Unity we have been looking at using Unreal for a project we have in mind. This was a way to jump in at the deep end and learn a new engine in a specific time period. I’ve only uploaded the 64bit version, 32 bit is available, just had internet problems uploading.

About Game:
Try to remember the days that you play games to challenge you and not just to pass your time.

Obs: If you don’t manage to reach the boss, press UP, UP, DOWN, DOWN, LEFT, UP, RIGHT before starting the game (pressing “Enter”) to go directly to the boss stage, if The Clock appears you did the right sequence.

Description:
You are in this game a hopeless loser named mr. M. Mr. M’s wife has left him and now is the question can he survive on his own. The game is a crazy simulation game.

Everything is made doing the jam. Have fun playing the game. 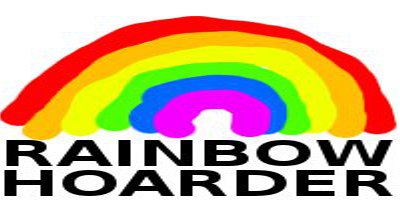