I’m currently working on an RPG and would like my Icons for status effects and buffs to start flashing the turn before they run out. What I’m wondering is if there is a way to pick specific parts of an animation track to play versus having all of them play at once? I would like to group the Icons together under three animation sequences due to there being 42 icons across three huds (1 group per hud) and believe having them grouped would be more efficient than each one individually having its own animation sequence. In the screenshot I posted for example is there anyway to just play the highlighted track and not the other one when the anim is called to play later? 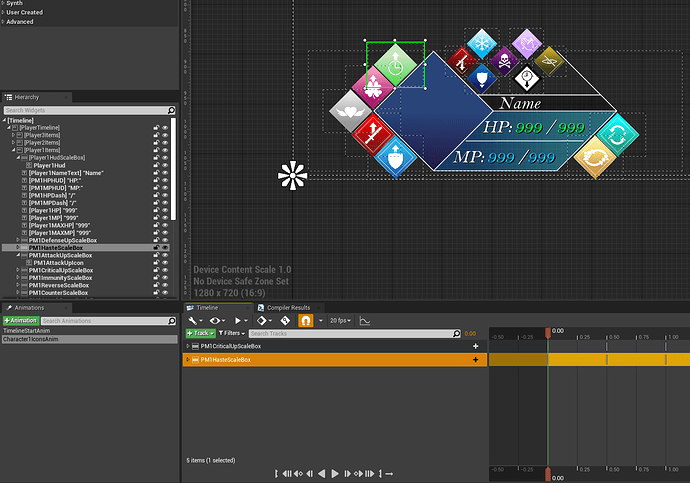