I’m developing a game for the IOS platform and the weirdest thing is happening. I have 2 buttons on the screen. One of them the player must hold down while swiping. But after he swipes only on the first time it triggers the on Release event of the button. I would post this as a normal question but this behaviour seems like a bug.

Here are a couple of Screen Shots. If more are needed just let me know. 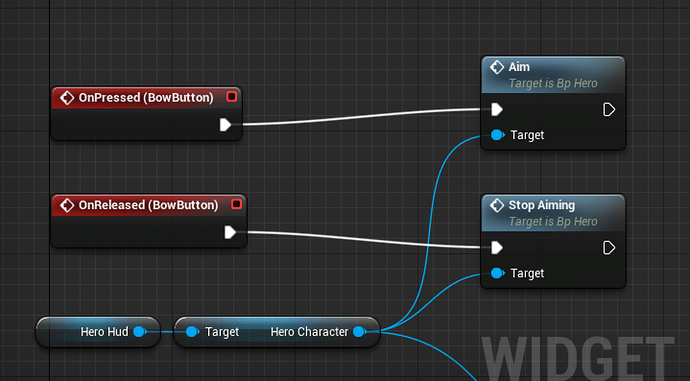 I was unable to reproduce this issue on our end. I have a few questions for you that will help narrow down what issue it is that you are experiencing.

I’m investigating if it is related to focus on the widget going to the button and with that i’m losing the button pressed. Not sure if its that.

I am still unable to reproduce this issue on our end with the information provided. Would it be possible for you to provide a the project or a sample project that reproduces the issue to us to that we can take a closer look?

After further investigation I was able to reproduce this issue on our end. I have written up a report ( UE-22618) and I have submitted it to the developers for further consideration. I will provide updates with any pertinent information as it becomes available. Thank you for your time and information.

Sure, how can i send it over? Ill try to trim out what i’m not using

If it helps out investigation, i tried changing the is Focusable boolean of the button itself to false and the problem stopped. I don’t know if that is an expected behaviour or struck of luck. Hope it helps

Thank you for the additional information.