I was exploring UE4, So I made this simple Sci-fi map. Its not finished ;D 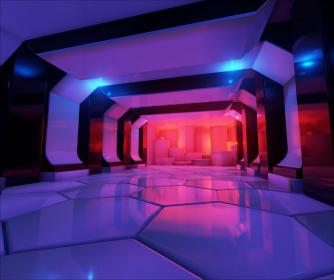 Very nice. Were short a level designer if interested. Were making an SCI FI FPS.

looks awesome man, would love to see some more updates!

Looks very good would like to see more screens

nice you know oddly it kind of reminded me of a club scene. oh that would be awesome someone make a cool nightclub scene for the engine! id pay for that in the marketplace!