Hello, everyone! My very first (but not the last) release on Marketplace.
Mostly intended as a construction set for Sci-Fi aerial combat technogenic environments, but, use creatively for anything Sci-Fi 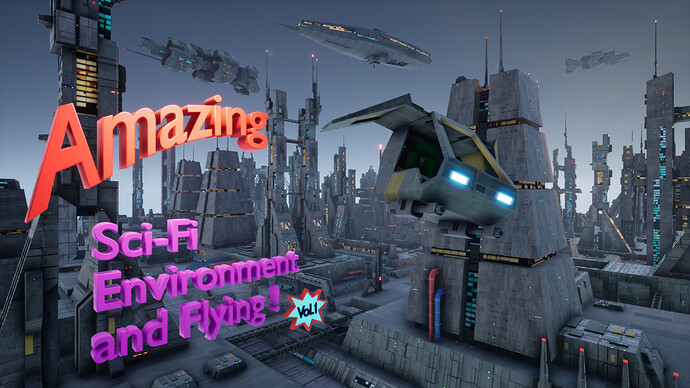 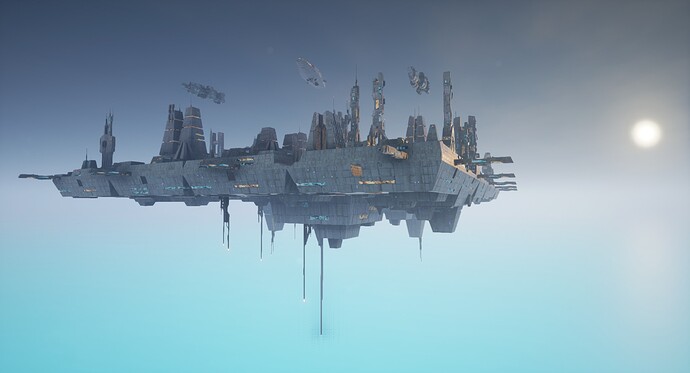 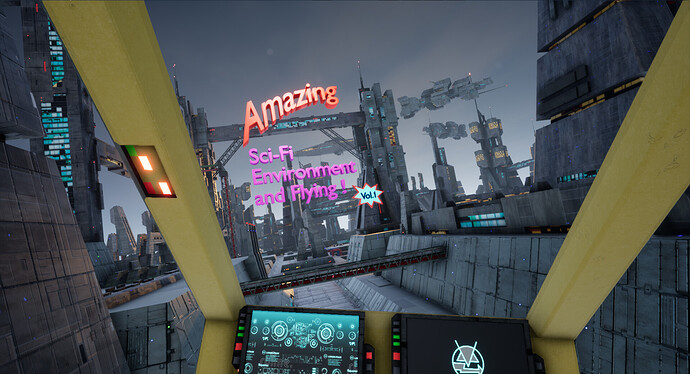 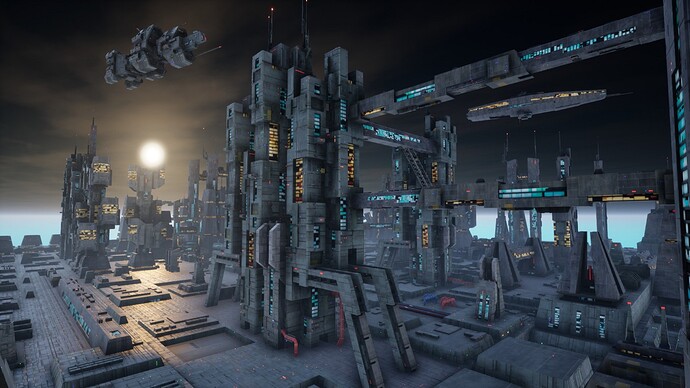 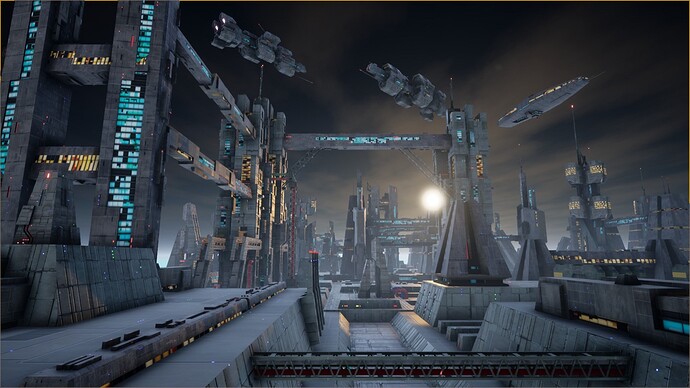 Semi-bump for the OP… But also a quick question about the pack…
Is it Singleplayer-only / Multiplayer / Online / Network-replicated?
Better to be clear, as its something that stings devs all the time.
If Singleplayer-only right now, any plans to ‘add’ Multiplayer later?
Adding Character multiplayer is tricky, but spaceships even more!

It is mostly environment constructor. I added flyable spaceship just to have exploration of asset a bit more fun

So, basically, asset is a bunch of meshes (some giant tiles, and a lot of smaller parts), use those, combined as your wild fantasies imagine.
I am in the final phase of creation of another pack - modular tunnels, roads, space stations, spaceships, more buildings - all from unified modules. 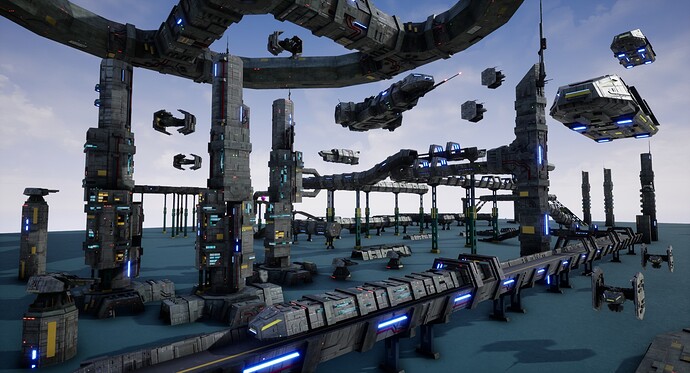 I wonder if something like this demo is possible, in VR, using this asset?

Hello. I don’t have any VR hardware, I can not try. All I can say here, my Sci-Fi asset(s) are very low-poly, so, easy on performance.