I started working on a new environment/diorama. I will try to post regular updates on my Artstation : ArtStation - Steampunk / RetroFuturistic Environment
The theme is Steampunk combined with Retrofuturism. Somethink like Dishonored and Bioshock.
I first started with a block-out. I was divided in how to proceed. 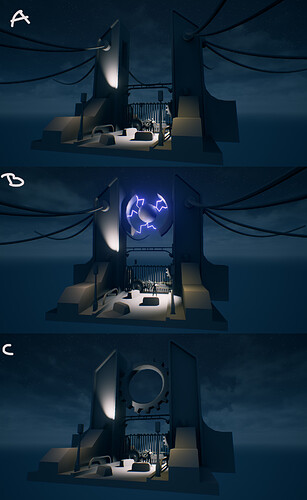 For now i stuck with A and started roughing out some materials and a few props.
So far i’m using Distance Field AO and Light Propagation. No lightmaps.
Not sure how to make the cables not end so abruptly. Help appreciated. 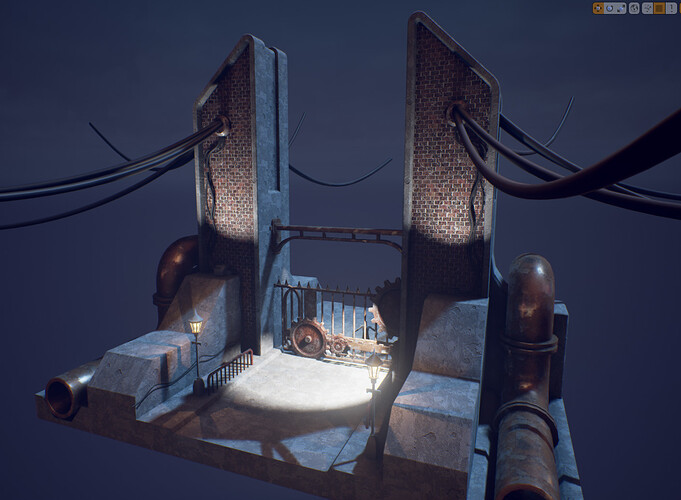 It’s finished. Breakdown in the works as well as video.
More shots : https://www.artstation.com/artwork/5PE0w 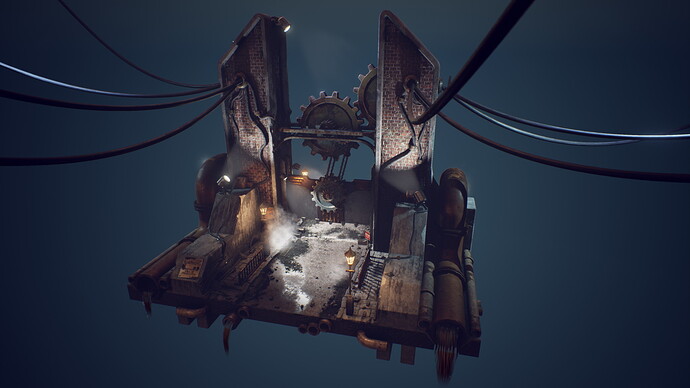 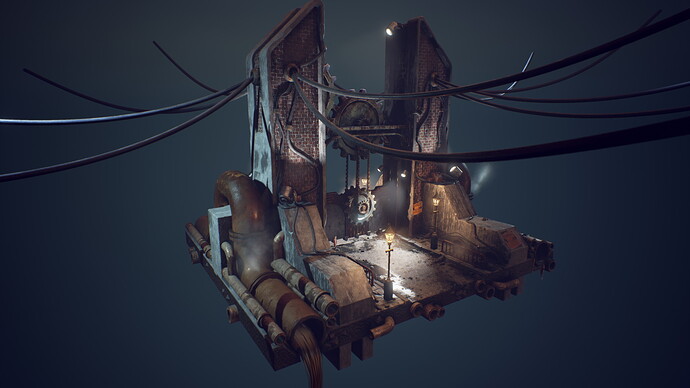 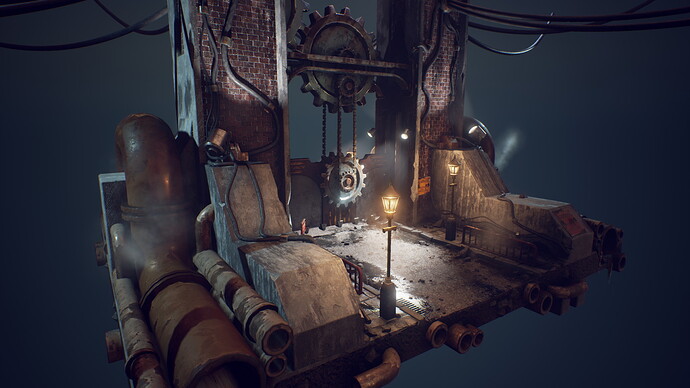 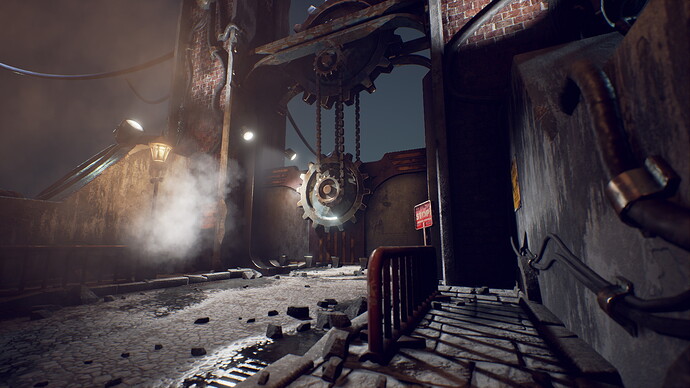 Nice! I like it very much. Perfect example of how important material use is.

One small detail: The 1800s did not embed piping in concrete, like you have sticking out right under the street.
They used service tunnels, because at the time, they built things they intended to keep working through maintenance, rather than throw out and replace when they broke.
Also, even if you’re using a more modern construction method, the layer thickness between your street surface and the most shallow pipe is way too narrow. Any traffic on the road would put enough pressure on the pipe to break it, and a small pothole would be enough to cut through to the pipe.

Whether you’re aiming for that level of authenticity is totally up to you; I like to look of it plenty already