Is there a way that I can resize a mesh along a particular axis, while keeping one side of the mesh anchored?
I would rather not have both sides scale, just from one of the sides so that I do not have to move my mesh each time I scale it up or down.

Hopefully, that made sense.

I’m not sure exactly what you’re trying to do by your description, but you may want to look at having separate meshes created in your choice 3d modeling software.

Not trying to hijack the thread, but I have a similar doubt. When I use the geometry tool to ‘extrude’ the face of a certain cube, the dimensions of the object don’t change.

What do you mean by they don’t extrude? Are you using a BSP or is this a mesh that was included with the engine or that you imported?

Either way, UE4 is not a modeling software so it won’t do necessarily what you are wanting in those regards. As I mentioned above, the extrusion or adjustments of any mesh/bsp are relative to the pivot point.

Sorry Tim, I wasn’t clear enough. I created a single cube, and resized it to appear as a wall. However, the wall wasn’t large enough, so I selected the ‘geometry’ tool, chose the extreme face, and pulled it towards the end of my level. However, in the properties of the element, it’s y-axis was still the same. I’ll try to take a few screenshots tonight!

Apologies for not being clearer on my explanation. I am including a visual representation of what I mean. please see attached image… 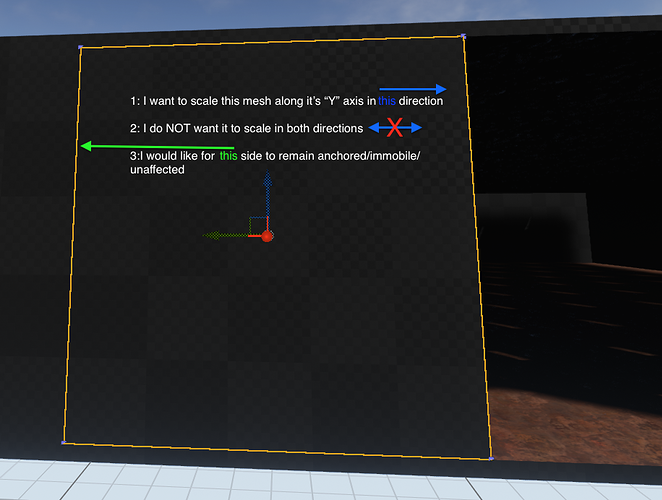 Hopefully, that does a better job.

I’ve got some images to better illustrate what you can and cannot do and hopefully help you out.

In this image I’ve created a simple BSP/Geometry box. With the BSP’s the pivot point that controls placement/scaling/rotation is centered to the given brush that you select from the placement mode in the top left when creating a BSP. 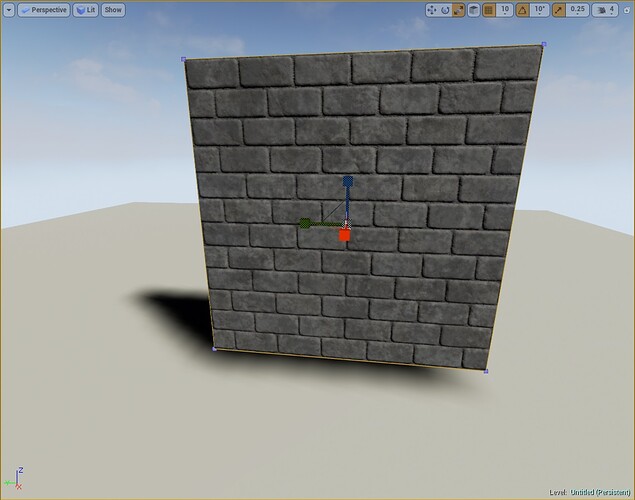 This means that when I choose to scale/rotate/move an object it is doing so based on this pivot point. In terms of what you’re looking to do with scaling the Y-axis. you can see that I’ve highlighted the Y-axis and when I adjust it’s scale upwards the brush bounds extended outward in both directions away from the pivot point equally. 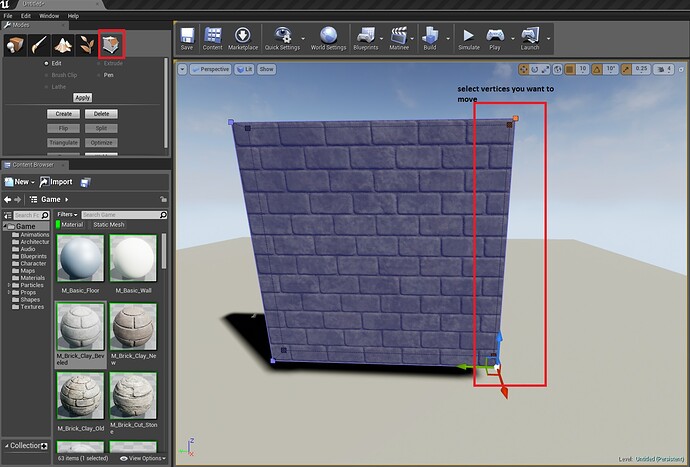 In contrast to this, I’ve grabbed a floor static mesh that was made in a 3d software package and imported into the UE4.
In the first image you’ll notice the pivot point is not centered and is in the bottom left corner.
In the second image you’ll see that when I scale the Y-axis upwards it is scaling the wall out away from the pivot point. The problem you may notice between the first image and the second image is that the texture is now stretched. Because this is a static mesh and not a BSP the UV coordinates will be stretched like this. 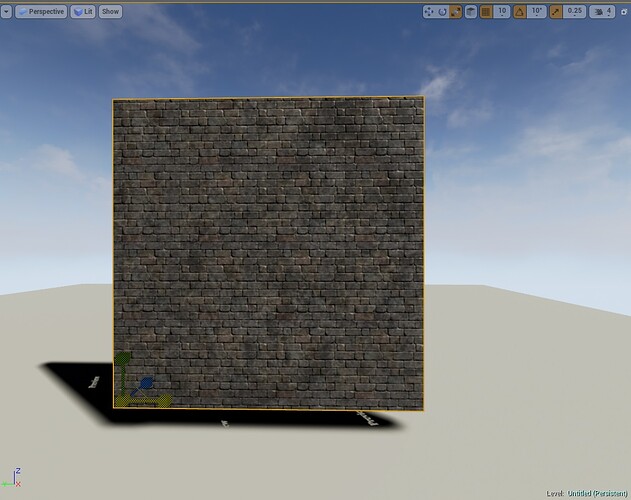 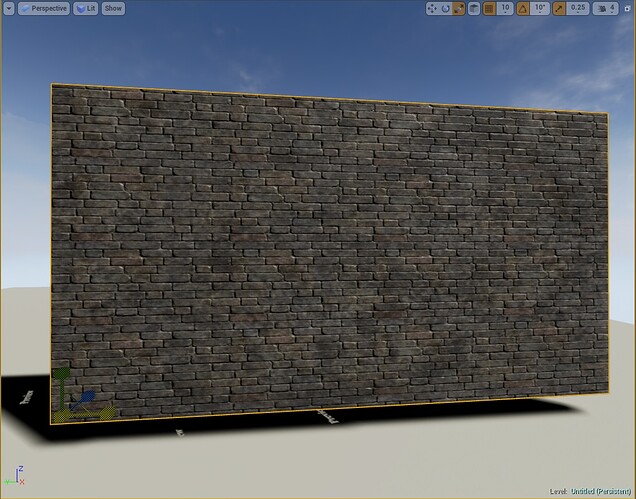 In this image with the BSP/Geometry box brush if you select the highlighted red box in the upper left corner you will be able to edit your geometry vertices individually. You can highlight the four vertices on the right wall as I have done and highlighted and drag them along the Y-axis. that you will see in the image below this one. In the bottom image you will also notice that the texture is not being stretched as it was with static mesh that was imported. Another note to point out is that this editing vertices tool cannot be used on any static meshes as it is only able to be used with any of the BPS/Geometry brushes. 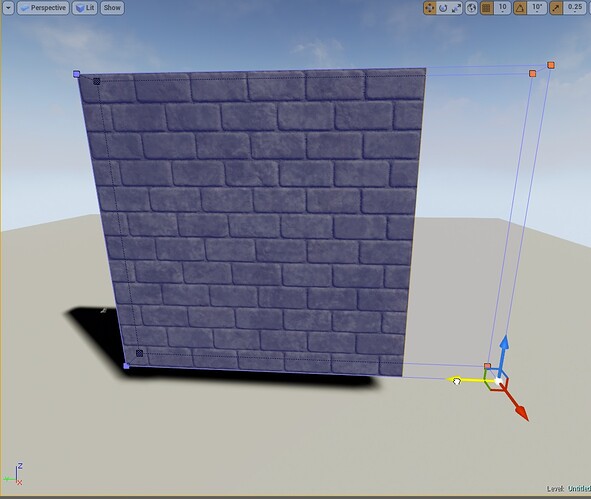 Let me know if this helps you out or if you have further questions I’ll be glad to help you.

That answered my question perfectly and will definitely make life easier!

This is my fourth foray into editing of this caliber. I have used editors for Descent, Unreal andCall of Duty, and every one is different in their respective subtleties and UE4 is no different.