Hello, All.
Welcome to Sanctity Lost (UDK)!
I have been working on an FPS Game for a while now. I started in UDK (Sanctity Lost - Epic Games Forums) and moved to UE4. I decided to
keep working with UDK, while I learned the ropes on UE4, so I am making a prequel of sorts.

In the distant future, Humanity, Led by the Earth Governing Body, have started to explore and colonize the galaxy.
Expedition teams are sent to potentially habitable planets, and eventually settled, based on their prognosis.
One such colony, designated EGPD-939 has been discovered to be viable for permanent settlement.
Upon further exploration, a mineral with powerful properties
was discovered. They called it Derrazine. Companies began vying for the rights to mine the mineral. Blue Cell and
the Berrano corporations were given access to the minerals.
50 years later, all contact with the mining outposts was lost. In a bid to discover the fate of the mining expedition,
The EGB sent a team of agents to the planet.

Factions:
EGB - Government of Earth.
The Enturi -
Enturi - Alien Species from the planet Khoum . They crashland on EGDP-939 and
except for one, they want to use the human inhabitants as slave labor via mind control.
Berrano - Multitasking corporation involved in manufacturing, Exploration.
Blue Cell - Corporation mining in EGPD-939.
Militia - Group of dissidents from all factions who are dissillusioned with the EGB.

been wondering where you were.welcome back.

Model for the EGB Soldier
[Shot]http://media.moddb.com/images/games/1/19/18188/EGBSoldier_InVP.jpg[/Shot]

@661Gaz
Thanks a lot! Been working working. How have you been?

you’ve been doing lots of modelling by the looks of it.

Heh, I was thinking that you moved to UE4. Great to see you here again.

Hi there!
I didn’t see this thread before I get a notification by email. Are you still using UDK? I was pretty sure you migrated to U4 some time ago.

Hi there!
I didn’t see this thread before I get a notification by email. Are you still using UDK? I was pretty sure you migrated to U4 some time ago.

AmyP! Nice to see you again! I am still working with UDK, although I dabble in UE4 every now and then. I am presently trying to learn C++ for Unreal.
@661Gaz
Oh yes…I have been working on my modelling. Hopefully it shows.
@CobaltUDK
Yes sir! Great to see you too! 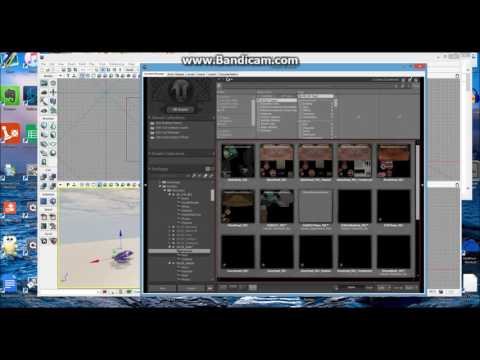 Hey Keltar, I’m a friend of Dani’s a.k.a Danisaur. She mentioned you and your facebook page to me recently since I’m working on my own game on UE4 too, glad to see you here.

Hey, your modelling skills were improved! I really don’t know how you do a model based on IronGuard and it doesn’t end in a mess. Those anatomic proportions from IronGuard are hard to understand.

Why did you come back to UDK? I heard almost everything could be done with Blueprints, even a cover system. With a decent collision, painless material creation, animation based on root motion making the character moving smoother, more complex level events without a single line of code. And I will not even mentioning about AI tree. So, why?

@dacster13 Hey! Glad to see you here too! Let me know if you need any type of help with your game.
@AmyP
Thanks. It’s true, I had a hard time dealing with the stylized proportions of the IronGuard male, but I managed to pull it off.
I am still trying to learn UE4…and for some strange reason, my computer would not allow me to launch the later versions (4.10 and up). As soon as I get that resolved, I will be back on.