I have an action “A” that’s triggered with the “V” key, which is in the Level BluePrint.
I would like to trig another action, “B”, which is inside another BluePrint and with the same “V” key but it doesn’t work.

While the action A is activated correctly, the action B does nothing.

“A” is a switch between 2 bp_Character that are placed in my level : 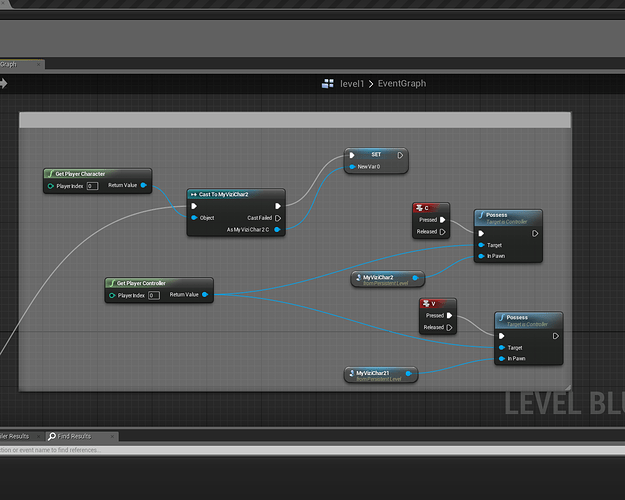 “B” changes the visibility of some of meshes inside a bp_Actor : 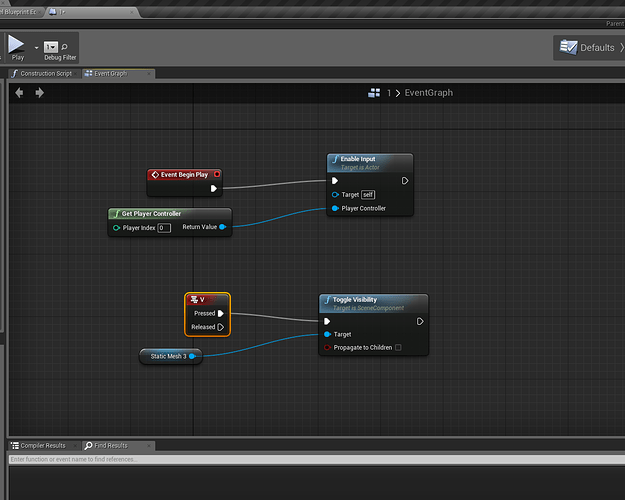 Is there any subtlety?

Yes, you can’t. One input can execute one command at any one time!

I am not an expert but I think you can try to activate them in sequence either via casting, event dispatcher or Blueprint interface.

Thank you starseeker,
I will try to read more…

If someone has an idee, I’ll take it!

Hello,
i use my left click mouse to different events on line trace. I use cast to “usable items” parent. When cast failed i use cast to “activable items” parent then i use "cast to “character_master” parent. on cast failed i do a generic action (firing ^^) it works fine. You can have all your cast to by creating a variable or by “get all actors” if you don’t have a direct choice from your blue wire.

I found this, maybe it could work.

Look into Input details near the very end
https://docs.unrealengine.com/latest/INT/Gameplay/HowTo/ActorInput/Blueprints/index.html

Just click on an input node in the graph area(Say Input Z), & the details tab (shown in picture) will be visible, then disable Consume Input.

Edit: I tried it & it works, amazingly. Just be careful in using, to ensure you do not trigger something you do not wanted, or waste fps on events that you do not need. 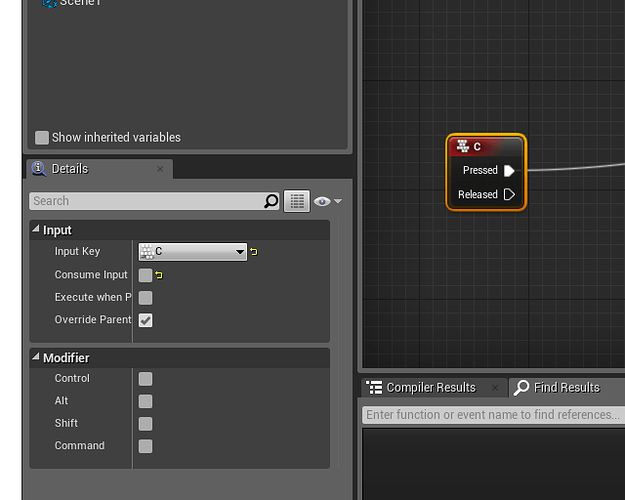 By unchecking the “Consume Input” from the detail panel, I can use the “C” key to trig two differents BP at the same time.
Thank you starseeker!

Glad to be of some help. Just a thought.

If you do not need to pass input anymore to the BP, you can call the Disable Input function node, so the BP actor do not waste extra computer performance.

I had not understand that you needed 2 events at same time. Thanks starseeker, i didn’t know that too.