Greetings! Starting today and continuing up through Wednesday (09-MARCH-2016), Necro’s Bone Box is on sale for $15 (25% off). If you have a bone shaped hole in your heart that needs filling, consider picking it up! I plan on adding new bones to the pack. 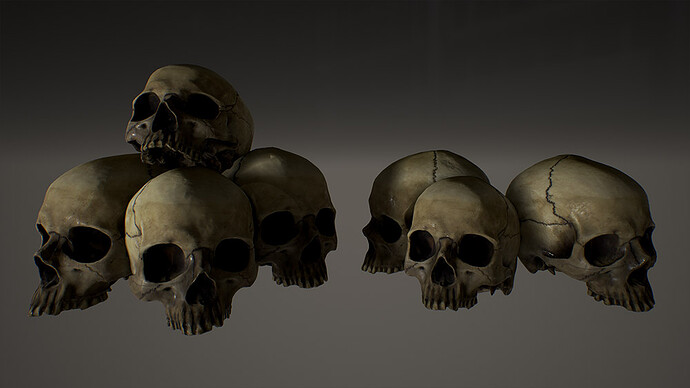 Second day of the three day sale on Necro’s Bone Box! Make no bones about it, nobody beats my bones! Ok, I’ll show myself to the door… 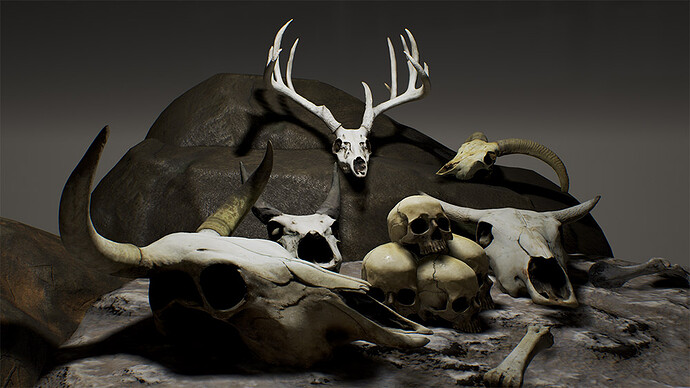 Purchased thanks! When can we expect some additions?

Thank you for your purchase! I hope to add some new stuff in the near future. Currently all of my free time has been tied up with a new baby (1 month old now).

I have a new cow skull to scan (I know, the pack is becoming a little heavy on cow), as well as a cow jaw bone and a different type of leg bone. I also have half a deer antler I was thinking might be a nice addition, as well as a couple more ram skulls to add variation.

I intend to make some low poly variations of the human skull and the cow leg bone, so they’ll be more amenable to adding in large numbers to decorate a scene. The versions in the pack are fairly hipoly (the skull is around 15k, while if I remember correctly the leg is around 8k). These hipoly versions do have several LODs, but I want something that’s really low poly but that still looks good for laying out in large numbers (skull piles, skull walls, bone piles, etc).

Also, today is the last day of the sale! I don’t plan on putting the same pack on sale very often, so if anyone is interested in this pack, get it now while it’s only $15 (normally $20).