Hey all! Having an odd issue that I have been banging my head over for the last 24 hours. I have been trying to make spline meshes in real time, and I am almost there, but I keep having an issue where only one new mesh is drawn, no matter how many points I add.

In my world I have 2 spline points already made: 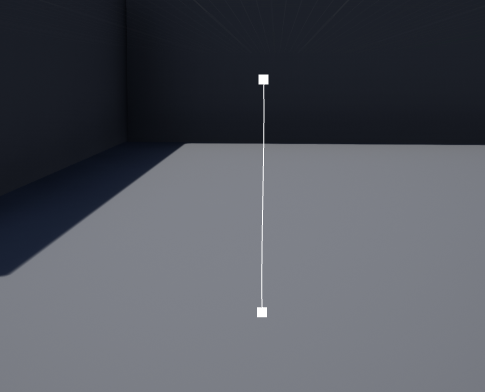 When I call “Draw All Spline Meshes”, the mesh shows up as expected: 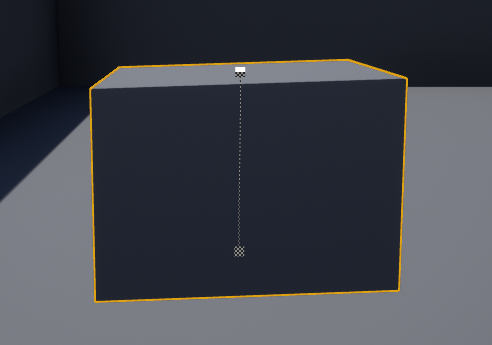 Then when I call “Add New Spline Point”, then call “Draw All Spline Meshes” again, it shows as expected: 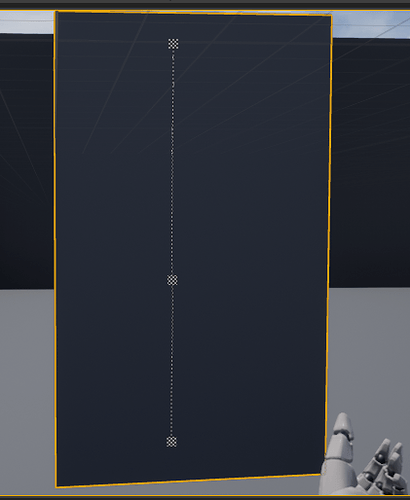 But then every spline point I add after that is ignored by “Draw All Spline Meshes”, and no meshes are generated… 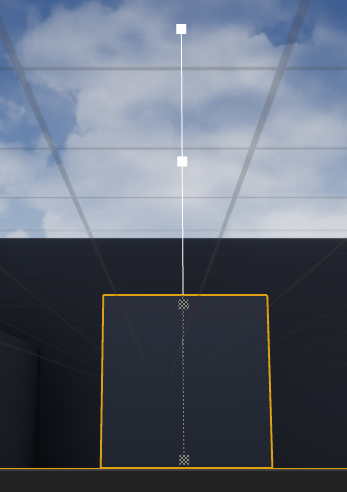 Any ideas here? I’m sure I’m doing something dumb lol.

Here are the functions: 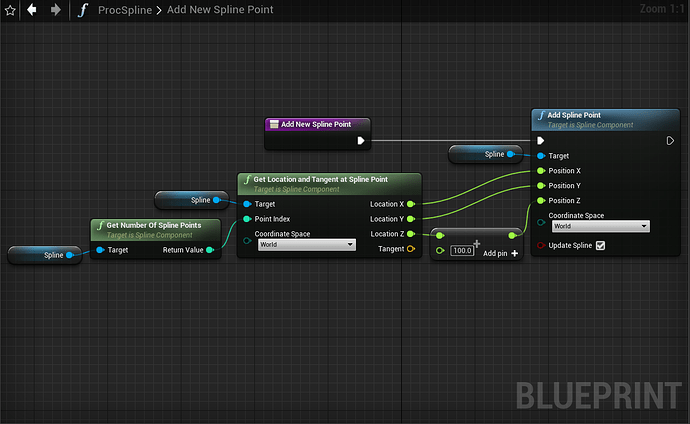 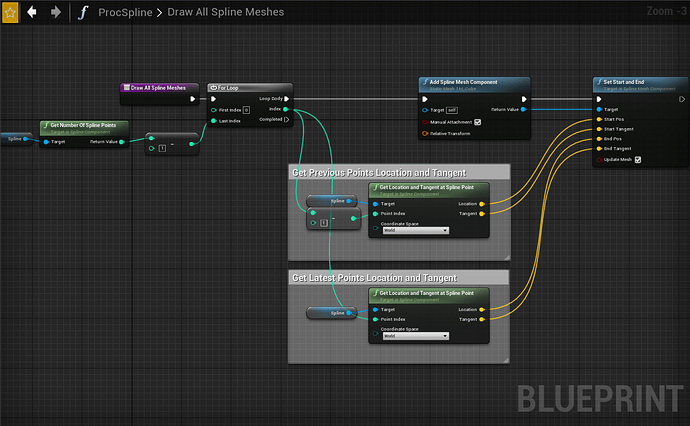 At first glance: If you start at index 0 and subtract 1, it will try and search for point at index -1. 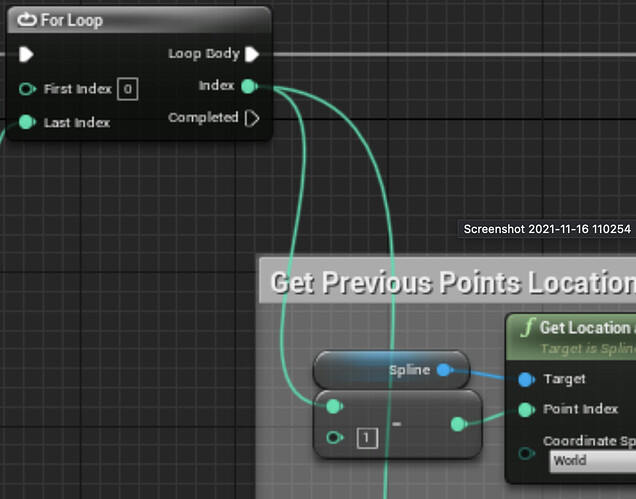 I saw that too, this code originated from a tutorial, but the tutorial was using it in Construction Script. I changed it like so and now it will draw the mesh, but the mesh is messed up. 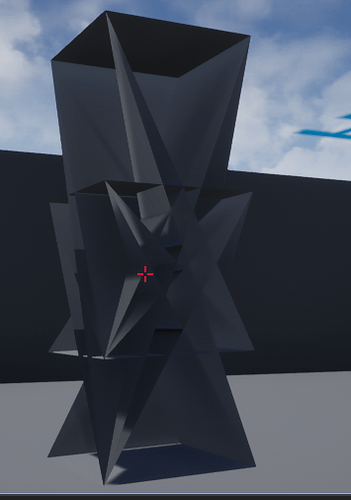 Yours is different here: 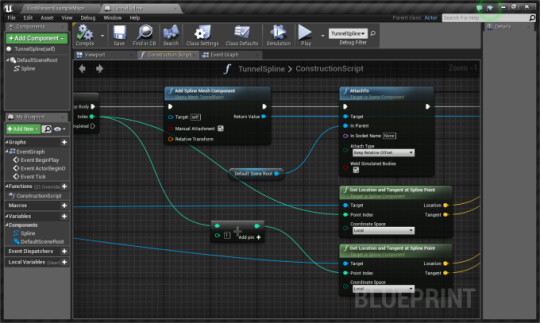 If i make the function the same way as that, I get the same behavior. It will only add 1 mesh.

Also, if I eject from editor and move a point manually, then re-posses and call “Draw All Spline Meshes”, the mesh is drawn correctly… I’m so confused.

Notices here, he subtracts 2 from the total points of the spline: that is to not go out of bounds of the array. 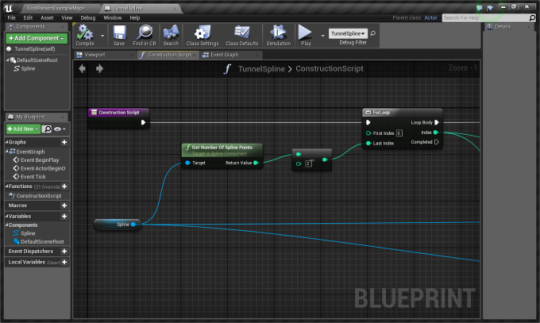 Yeah I’m not confused about that. I get that. This is how the function looks currently. 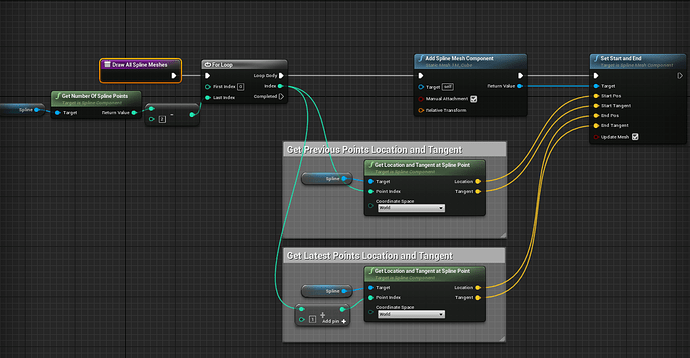 It draws the initial meshes, and one addition mesh added during runtime, but not 2+. All subsequent meshes are not generated unless I move them manually in editor, then call “Draw All Spline Meshes” again. So it is the same issue as my first post.

I’ll try it later to see if I get same result.

Odd… If I move all of the points 10 units on the X axis, then the meshes are drawn correctly… But obviously they are no longer in the correct location…
Added this:

And now I get this. Now to figure out why moving all points and redrawing meshes fixes it…

Seems like it forgets the other points locations somehow and running Set Location At Spawn Point refreshes it? But even if I do that and don’t actually move anything it doesn’t work. The points have to be moved for it to work. 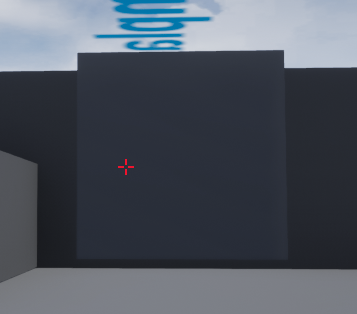 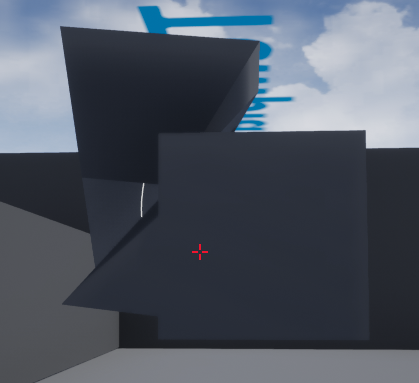 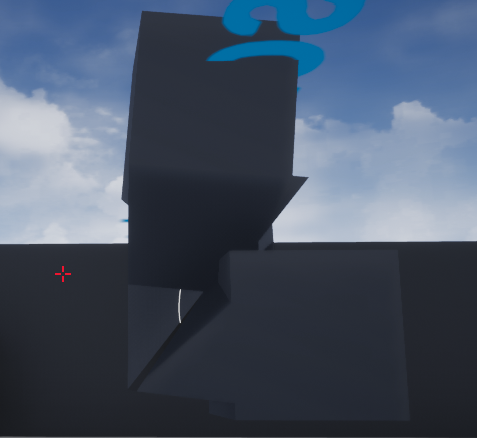 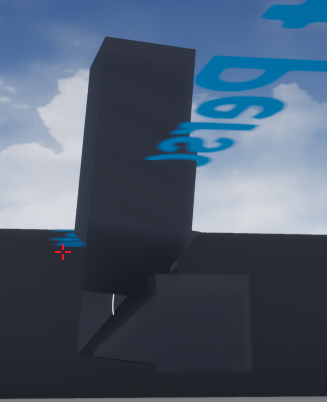 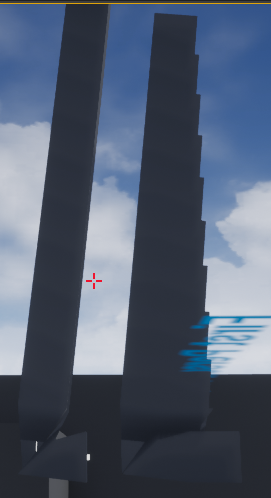 Edit: Thinking this may actually be an engine bug… Anyone have any other advice here? The only way I can generate the meshes is if I move the points by some arbitrary amount before generating the meshes. If I don’t move them, they do not spawn…

Edit 2: @Everynone I see you have helped a few fellows before with spline meshes. Can you give me some advice? 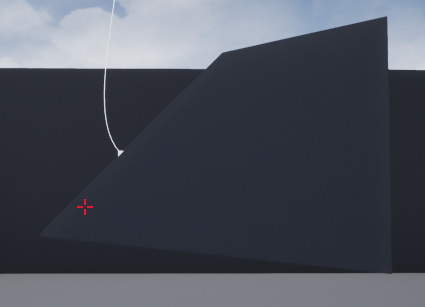 I took new function pictures if it helps make it easier to understand:

Hello all! I have been banging my head for the last day or so trying to figure out why I can’t generate spline meshes along a spline in runtime. I believe I have the logic, however the meshes will not generate unless I move all the points by some...

Edit: So it seems like there is nothing wrong with my code, I think. The issue has something to do with generating the mesh directly up. If I generate them on the X axis, it works exactly as I expect without moving any points. 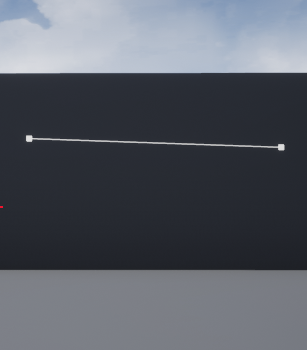 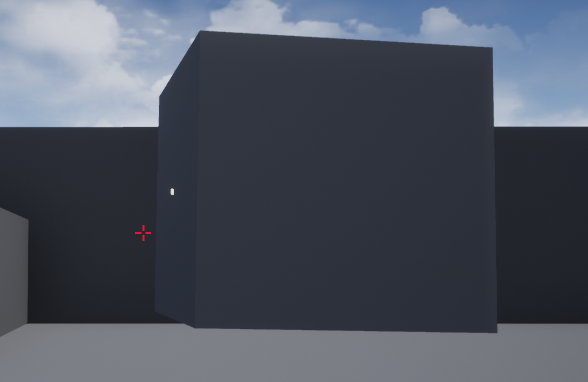 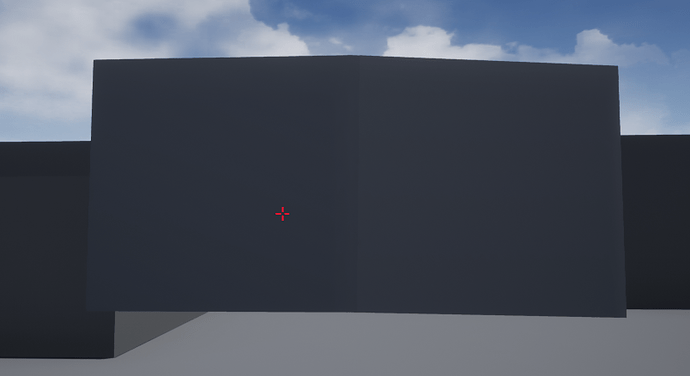 Now to figure out why I can’t generate them straight up.

This seems to be an engine bug? The fix here works, however is a hacky way of doing it. There any other reason why this is happening? 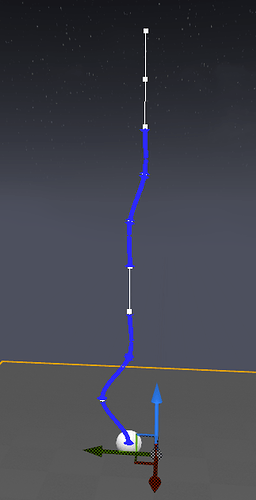 I tryed to make a rope using spline, so I created a blueprint with spline component. The spline has a bunch of points, all arranged vertically. I added spline mesh between each two spline points via construction script. In the ‘add spline mesh...

This seems to be an engine bug?

Will look into this. I actually got it working a different way, but this looks easier.

The way I did it if I spawn points before drawing the meshes everything is fine: 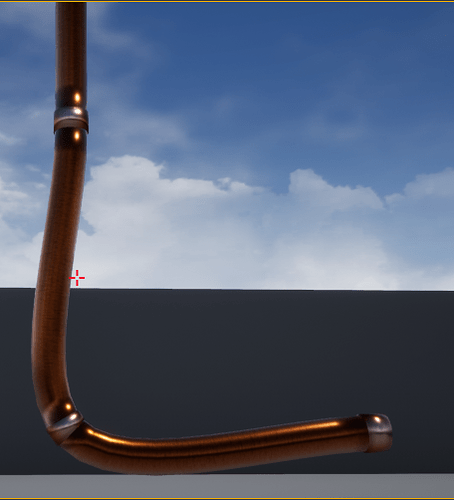 However if I spawn the points after drawing the initial mesh, I get this: 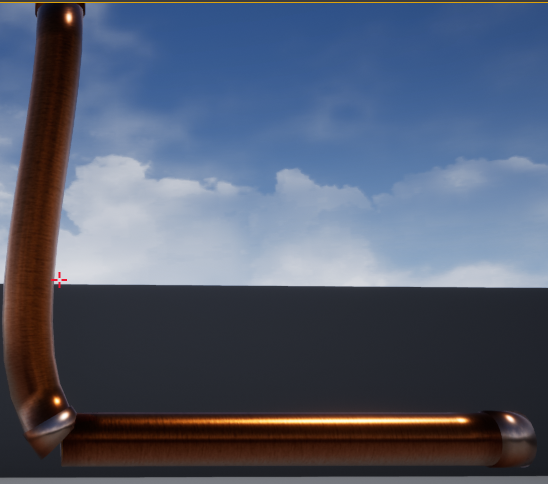 And I am calling Update Mesh on each mesh that was spawned: 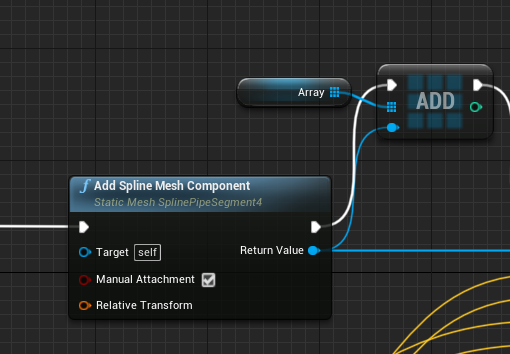 well… you need the points first, because they give you the vectors to set on the mesh.

Then what does update mesh do? I was under the impression that it would recalculate the way the mesh would be drawn based off of the new points?

Then what does update mesh do?

Yes I have seen that. I am guessing “render state” isn’t what I was thinking it was then. I thought it was the way the mesh is actually rendered in the world. I thought running Update Mesh would update its appearance. Guess I will just redraw them then. Thanks.

Actually I will just redraw the mesh between the points that changed.

Now to figure out why I can’t generate them straight up. 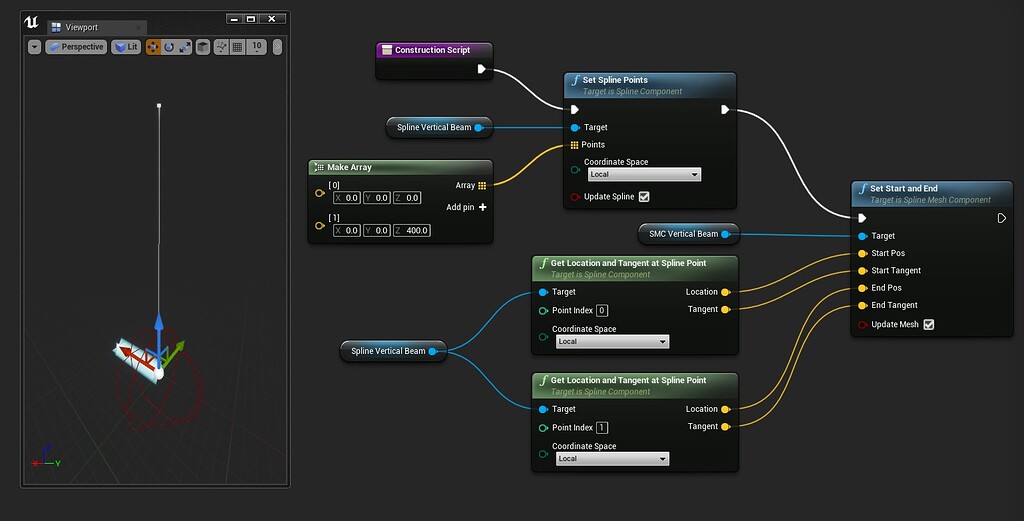 Spline Mesh Component will not generate along Z

Everything is at default settings, no collision. A pure up direction will produce no SMC: Nudging it with a bit of any other direction works fine. This only manifests for Z, pure X, Y works fine… Any ideas what could be causing it?

I see it says “Resolved” in the tracker. I’m guessing the “resolution” was to not fix it, that’s why it says “Won’t Fix?”

Pretty much. The bug is here to stay and may as well exist within the UE5 ecosystem.