I am sorry if this is illegal, as it stands I do not plan to make profit from this project, I’m just doing this as a hobby and for Educational Purposes.

I was in the early stages of replicating some areas around RuneScape before my hard disk failed and I lost everything on my computer about half a year ago and just ditched the project all together until recently had a idea on how I could get a scale model of Gielinor imported into the Unreal Engine.

When I was working on my old project I discovered early on that the RuneScape world map provided by Jagex is actually a 1:1 scale of the in-game world, as it is with the current map 3 pixels is one in-game tile which helped me reconstruct buildings and objects in their right locations.

While thinking out this the other day I realised I could probably get a pretty decent height map from the world map by cropping/replacing the land and water with a black/white colour, and it worked

The result is a near perfect scale map of Gielinor, excluding my very shocking touch up job in MS Paint

Sorry about .jpg and also it may be hard to make out the distant portions of the area because it is a 5x5km map 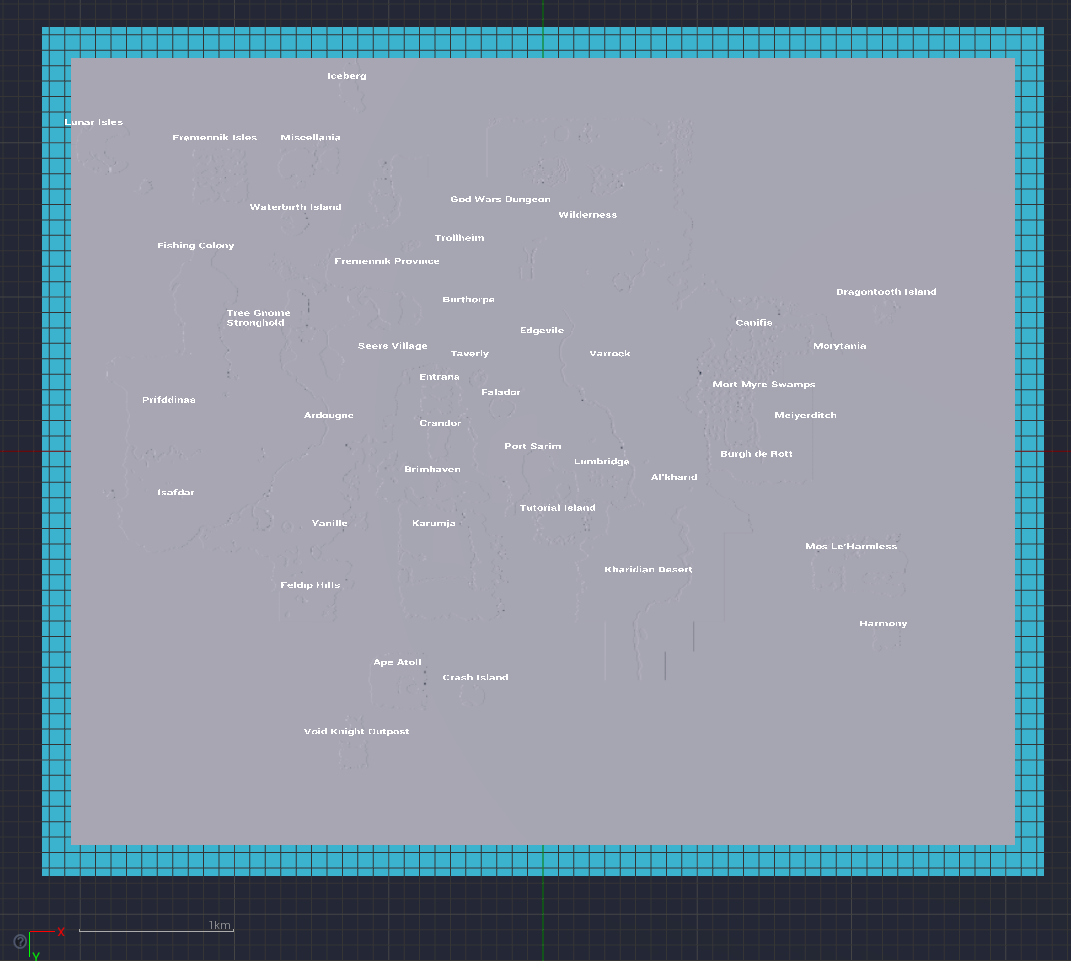 Just a test level I’m using to prototype, 1:10 scale, just added some random noise for effect, but you can sort of see how it will look in the end 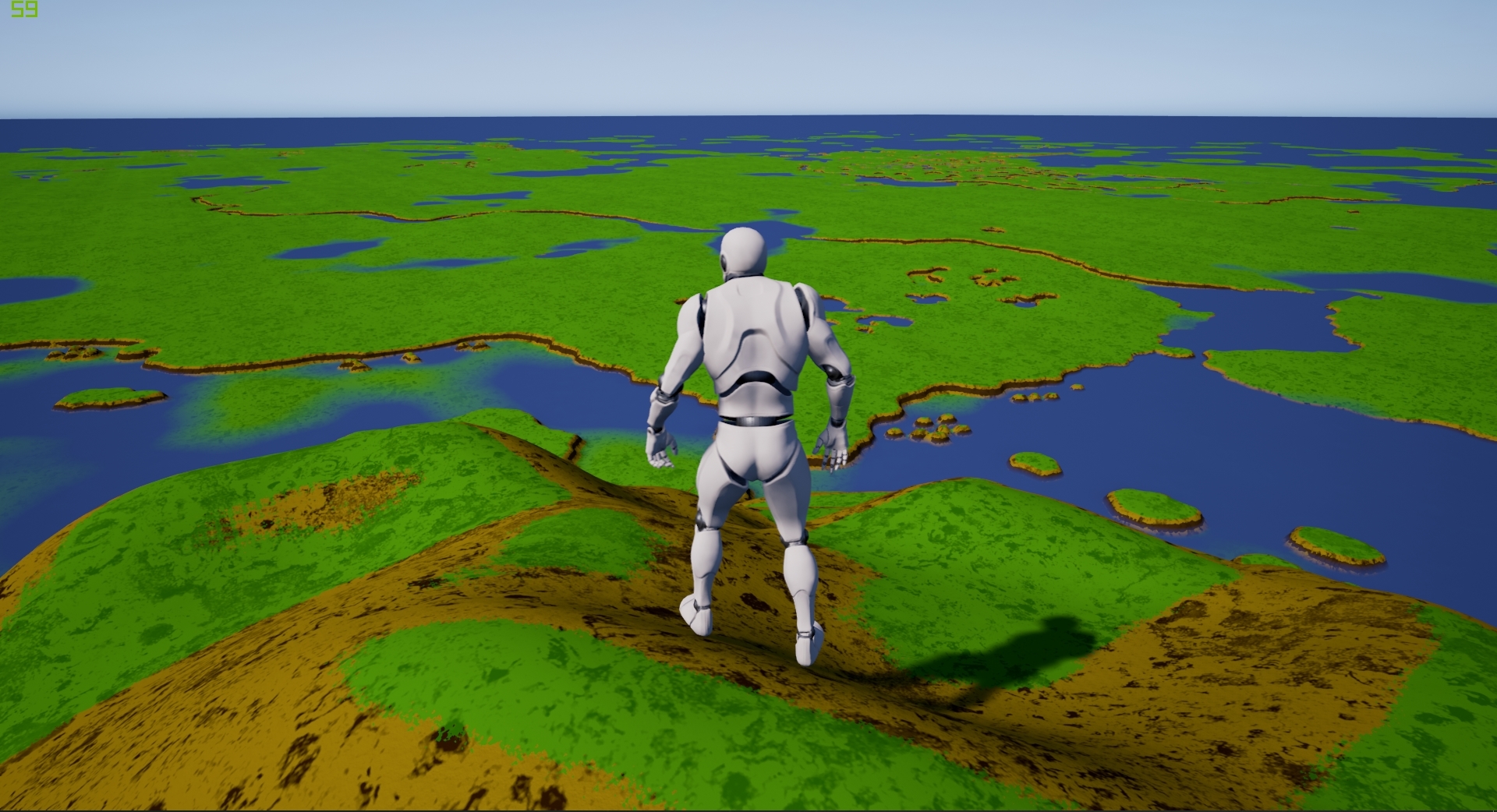 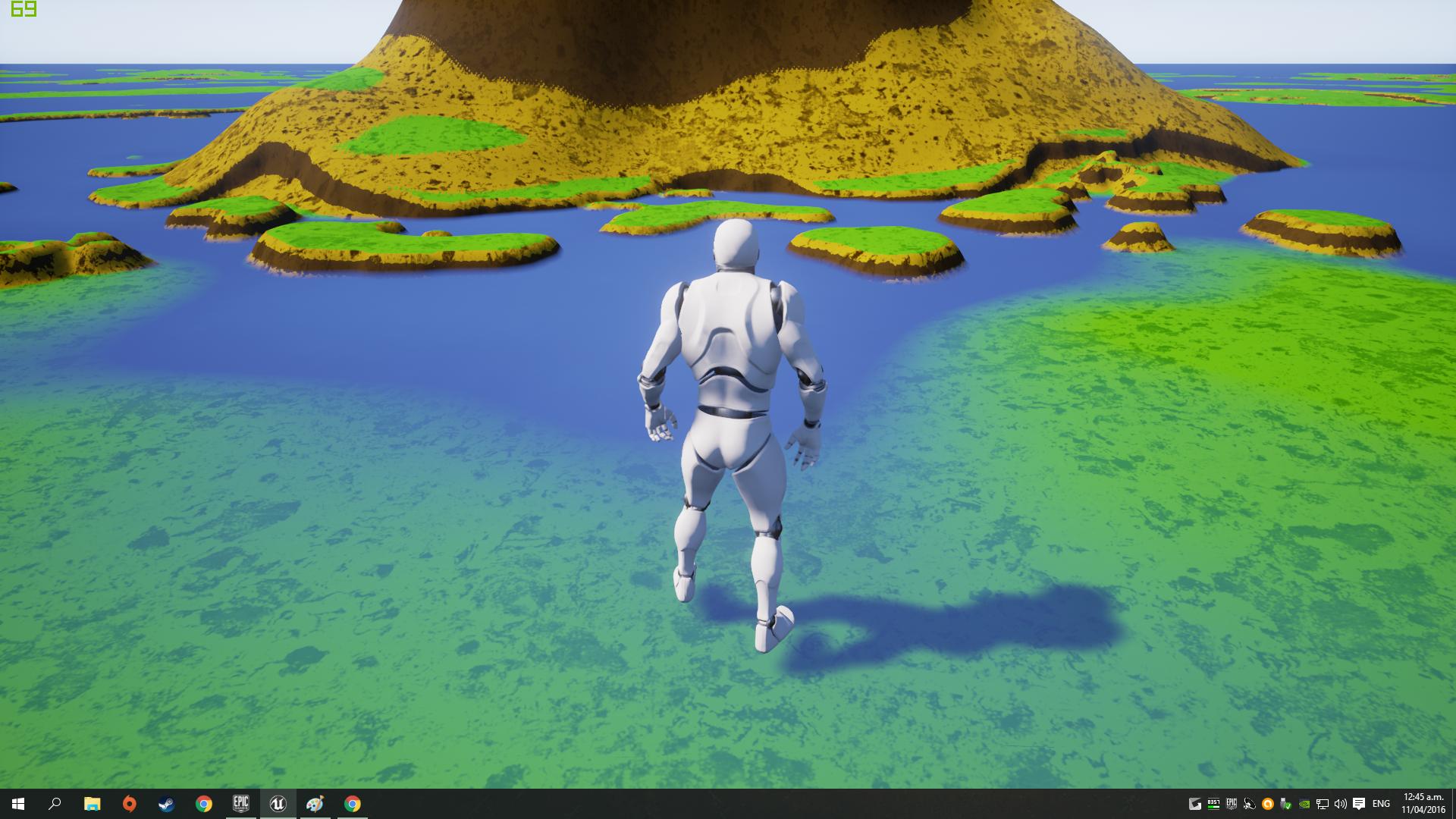 Within the next few days I plan on converting an old Landscape Material to mimic the current texturing scheme of RuneScape and possibly block out a few areas to help with perceiving scale (1 RS Tile = 3 pixles on the world map & 100 Unreal Engine Units), I’ll also Split then convert to a tiled landscape

Not to sure how far I’ll go with this, really want to get some sort of minimal viable product going, a skill or two since unreal engine is pretty flexible, but I really just want to focus on recreating Gielinor to scale, but depending on time I might just make map similar to the one found in the RuneCrafting Guild

When I was first learning level design I built half of Varrocks buildings to scale but lost all of my content do to corrupted Hard Disk :\

Firstly, whether or not you are making profits is not really a factor where IP is concerned. Secondly, you have sparked my interest

Thirdly, was it a Seagate drive?

Firstly, whether or not you are making profits is not really a factor where IP is concerned. Secondly, you have sparked my interest

Thirdly, was it a Seagate drive?

how did you do the map? Did you imported it from somewhere or you made it by tracing? I am also planning to make a runescape rework. I’m at the first stage, thinking of the first feature I’ll work on.

Are you going for RS3 or OSRS?

Awesome! I am interested in advancing this project, as this is a project that peeks my interest (I play RS lol). I have basic-intermediate knowledge with Blueprint, C++, 3d modeling. Drop me a PM, I would like to work with someone(s) on a small hobby project to further develop my skills.

Sorry for the very long reply, I’ve been busy the last days reading books about C# and C++.
I am going for RS3.

I am planning to make a game where RS3, World of Warcraft, and Minecraft are combined.
But, My first plan is to make the runescape map first and add another world for world of warcraft which will be made after RS3 map.