I’m new on unreal engine and i’m trying to understand every aspect of design and engine. I’m preparing the meshes on the 3ds max and then export it to unreal engine. At first i was getting light map overlapping error. I tried increasing index to 1 and also resolution of light but they didn’t fixed it. I fix the light map overlapping problem by decreasing angle and do spacing 0.01 while setting uv map in 3ds max. It fixed the problem but meshes still looks ruined. I don’t know what is the problem. 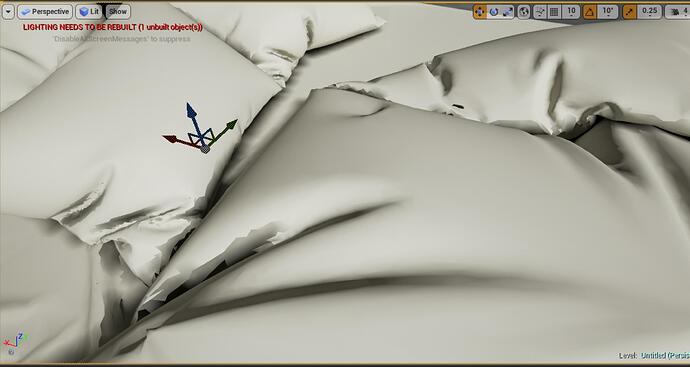 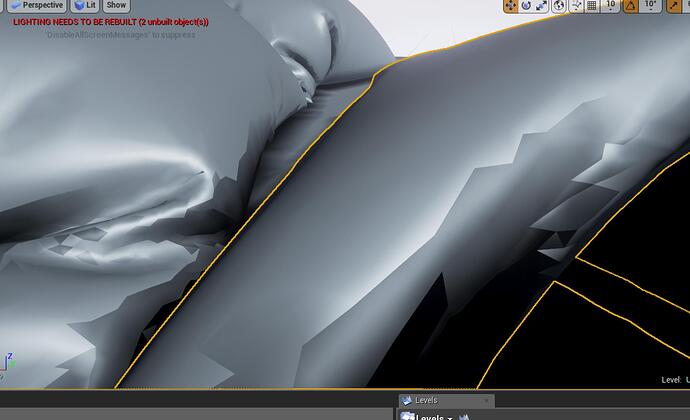 What does the UV look like in 3ds max?

With this 40000 vert mesh you gonna have a hard time creating a lightmap. I suggest creating a low poly model and then bake normals and ambient occlusion from your high poly mesh. Trust me you will spend more time trying to fix the lightmap as it is and it will look worse then a baked low poly.

Despite that you could try a box mapping in max, then weld it and auto rearrange the layout with 0.01 and rotate unticked. Or a simple flatten.

In unreal untick “Create lightmap” when importing the fbx and set the lightmap to at least 256.

The biggest issue is not having an ideal UV layout. Ideally you want a few big islands for a mesh like this, instead you have probably about 100 tiny ones. For cloth meshes, normally you’ll want to have UV seams where you would have seams on the fabric, like along the edges of a mesh. Topology also plays a big factor in how easy it is to unwrap a mesh and get a good bake, you might have to approach your asset creation workflow in a different way if you want to get good results with baked lighting.