I’ve wanted to do this project as a tribute to the 1993 movie taking advantage that has just been released recently jurassic world, and for that i wanted to do a remake of my T-Rex Breakout animation from 2007.

You can download the files to run the demo in you computer in 720p and 1080p. The files are in the description of the video.

The T-Rex model has 20174 Triangles with Dinamic Tessellation.

The programs used for this projects were: Lightwave 3d, Maya 2014, Zbrush 4R6, Unreal engine and Photoshop. 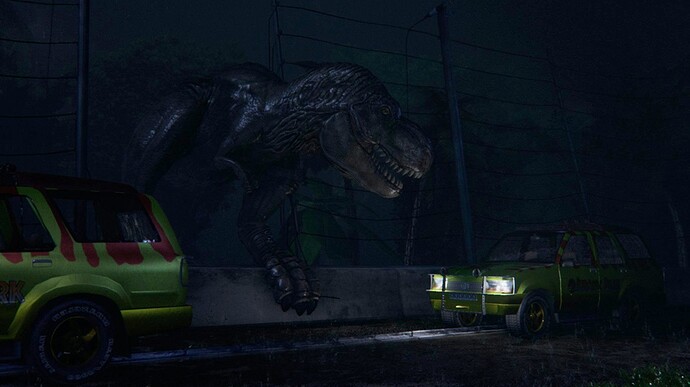 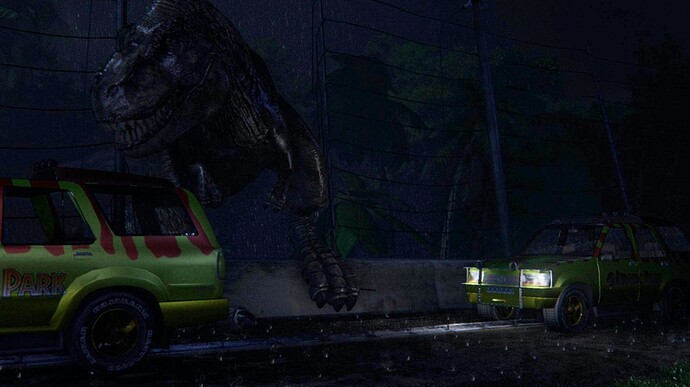 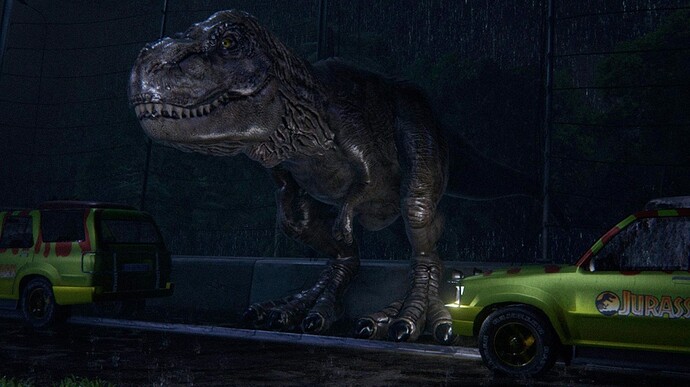 I only got two words for that T-Rex: BRING IT!!!
And I only have one word for you: AWESOME!!

My only criticism is the rain drop impacts, they don’t look natural as they appear to cycle between on and off state, they also feel a little too bright for me as if they are being lit up, which would be fine however the rain that passes the car headlights is non existent…

Thank you for your constructive criticism. Really you mention those things can be improved. i take note of this for a upgraded version of the proyect.
Greetings and thx for your comment.