This toolkit is designed for beginner to intermediate developers that want to make a role playing game. The RPG Engine Toolkit is a database driven RPG solution. Using the RPG Database Manager and the RPG Engine Tool Kit to bring the data to you in engine. Setup buildings, enemies, heroes, game logic, etc, all housed in the database and event files for ease of access and usage. Create your game faster with modular NPCs, Hero, and Monster implementation, Modular Building Generation tool, Prebuilt Sky System, Hud State Systems, and many other tools that make creating your scenes faster. The plugin also includes an example project that brings all the tools together in a sudo game world and has other examples implemented that can be used as a start for game development. This toolkit is not a make game button. It was designed to be a flexible system to suit different types of RPG Styles from JRPGs to Western Types. Please see the documentation for more in-depth coverages of all components that come in this toolkit.

Version 4.0 has been submitted as of 4.21. This new update to the system brings a Turn Based Battle System, Full Character Customization Implementation, Sneaking mechanics, Field Actions, Archived Action Battle Code from Early January Previews before the switch to Turn Based. Better animation notify operations, optimized blueprint code for better frame rate. Modular widget objects to help build interfaces slightly faster. The addition of Interaction Objects to be used for Resource Point, Save Points, etc. All interfaces have been recreated with end user changes in mind to make it easier for you to make changes to the interface to make it your own. Skills and Abilities have been removed from the database and now exist as Data Assets in the content browser to add easier flexability to skill creation.

The system comes with a C# Application for database interfacing and creation called the RPG Database Manager. The database manager is used to create Items, Weapon, Armor, Skills, and Magic definitions. You can also define classes with customizable stat progression for each dynamic attribute type.These classes can then be used by the Actors, Monsters, or Summons created in the manager and then linked into the RPG Engine Toolkit. Extended sections ofthe manage includes defining monster groups to be used by ambush event nodes,Map listing to be used by zoning events, as well as defining settings and starting player locations and initial party makeup.

Event flows for you game are created in the event panel. The events allow you to categorize and order events how you want them to be executed in the game. A single event is a collection of executed actions that are stacked and executed in a sortable list. Events can also be branched in a nested event tree to allow user choice to affect the overall event flows of your system. The current event actions are separated into the following groups

Under the hood the RPG Database Manager also houses the battle damage calculations for simulating battle data that should be transferred to the system upon modification to make sure you have a 1:1 match for the expected battle damage information for your system. You can also modify the database structure using the manager easily by simply creating a new C# Struct that defines the Table information. This smart struct can be used for creating,updating, selecting, and inserting new records in your table dynamically without the need for writing query info.

The RPG Engine Toolkit houses the RPG Party System that is the main interface to the database created object. Along with this are the Blueprint Smart objects that interface with the system that can be brought together to rapidly prototype and create your game world:

· AI Mob – Used for creating monsters in the world.
· NPC AI BP – Used to represent any kind of intractable object in your world. Treasure chest, Characters, Save points, Event triggers, etc.
· PC Hero BP – Used for personifying the hero information in the world.
· NPC Character Generator – Used to generate randomly assembled NPC characters using modular parts to generate random NPCs for your world.
· AI Behavior for all types – AI State Machines used as a service in the AI Behavior tree so it can be extended as the user sees fit.
· Turn Based Battle Arena – An example of a closed battle system solution that can be used to control the battle area, this can also be extended to implement Classic JRPG Battle flows.
· Modular Building Constructor – Uses preset data created with the RPG Database Manager to create buildings for your game.
· NPC Crowd Spawner – Generates crowds of NPCs based on player distance to help manage game resources.
· Monster spawner – Generates monsters to fill your map based on configurations. Also manages the monsters respawn time and enemy clean up when leaving the effective area.
· Clutter Spawner – Used for level design to scatter a random number of objects around your scene.
· Waypoints and Zones – Used to zone to a new level stream area or a new map in your game.
· Standard Treasure Chest – Integrates with the database to configure a set amount of keys and awards for the player upon obtaining the key items for a chest. Also contains the ability to have random drop rates for loot.
· Cut Scene Actors – Used for matinee sequences, this will link to the database to generate an actor/hero with their configured equipment’s and current appearances based on armor changes that has happened during game play.
· Hover Board – An example vehicle used for terrain traversal.
· Spell Example – Gives an example of an area of effect spell that can be used by the enemy or the player based on spell configuration.
· NPC Point of Interest(POI) Nodes – Customized nodes that wandering NPCs can randomly find and interact with. These nodes are user for bringing a world to life with Chat Nodes that NPC’s can talk at or bar stools where the NPC can sit at and gander for a while. The base of this system revolves around attracting the npc to a mount point, mounting them to the POI and playing a random interaction at said node for N amount of time before unmounting and continuing to some other random node or to wander somewhere else. **A playable Demo can be found here (4.0 Demo is not yet avaliable as 4.21 has an issue with the nav mesh in published mode that will not allow the npcs to move): **- https://gum.co/BIOLQ

A more thorough breakdown of each component can be found in thedocumentation here:

And Tutorial for the system:

I will be using this system for my own game creation and as I find better and innovative ways to improve the system I will release more updates to this system. If there is anything some would like to see examples or for questions on how to expand the system just let me know and I will create tutorials for this depending on complexity. I do like to help the community but please remember that I cannot create your game for you. But my support will be here. I hope this helps those that are learning and want to bring their dream to life but not the knowledge to get things started. Good luck and I can’t wait to see what people create. 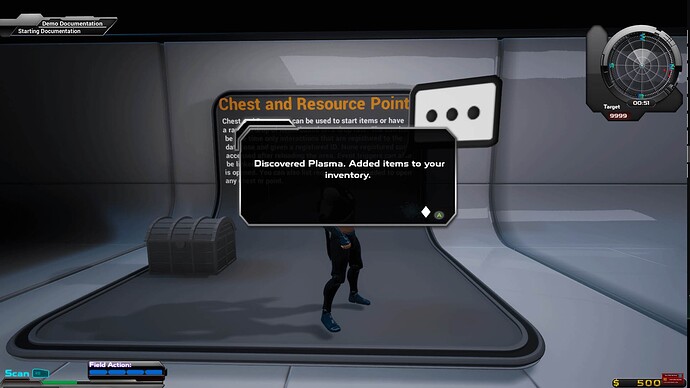 Building Tool
Note: Currently the Building tool has a hard set of tile configuration for the building layers. In a future version this will be database driven to have customizable tiles per layer section with linkable modular mesh pieces. 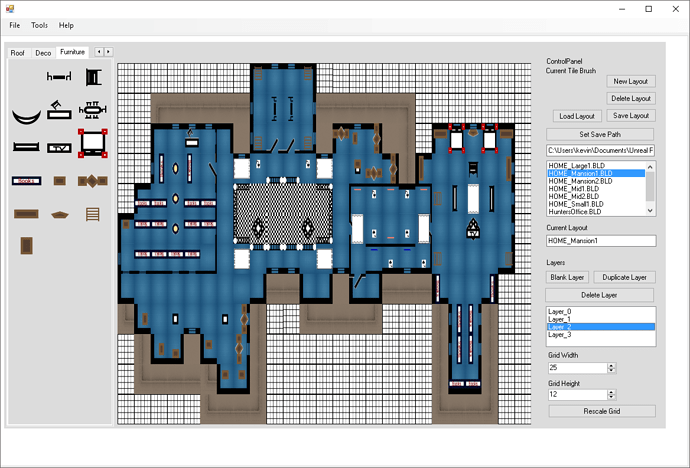 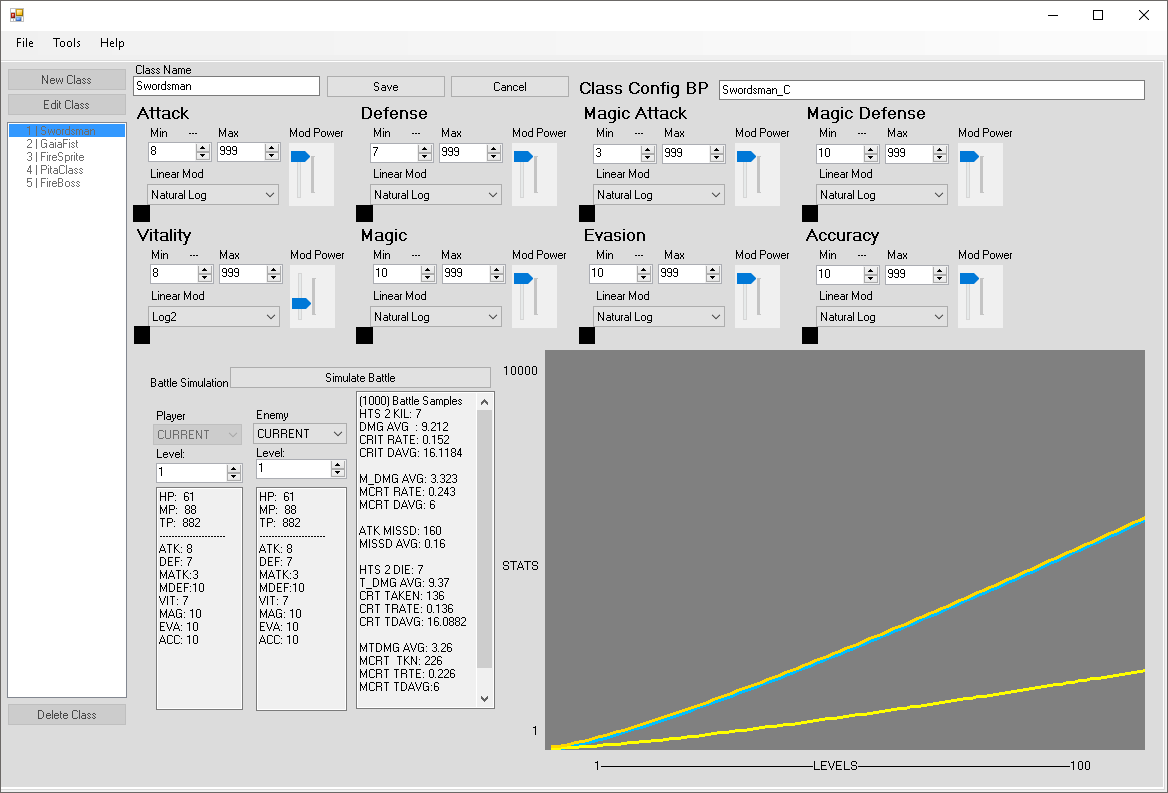 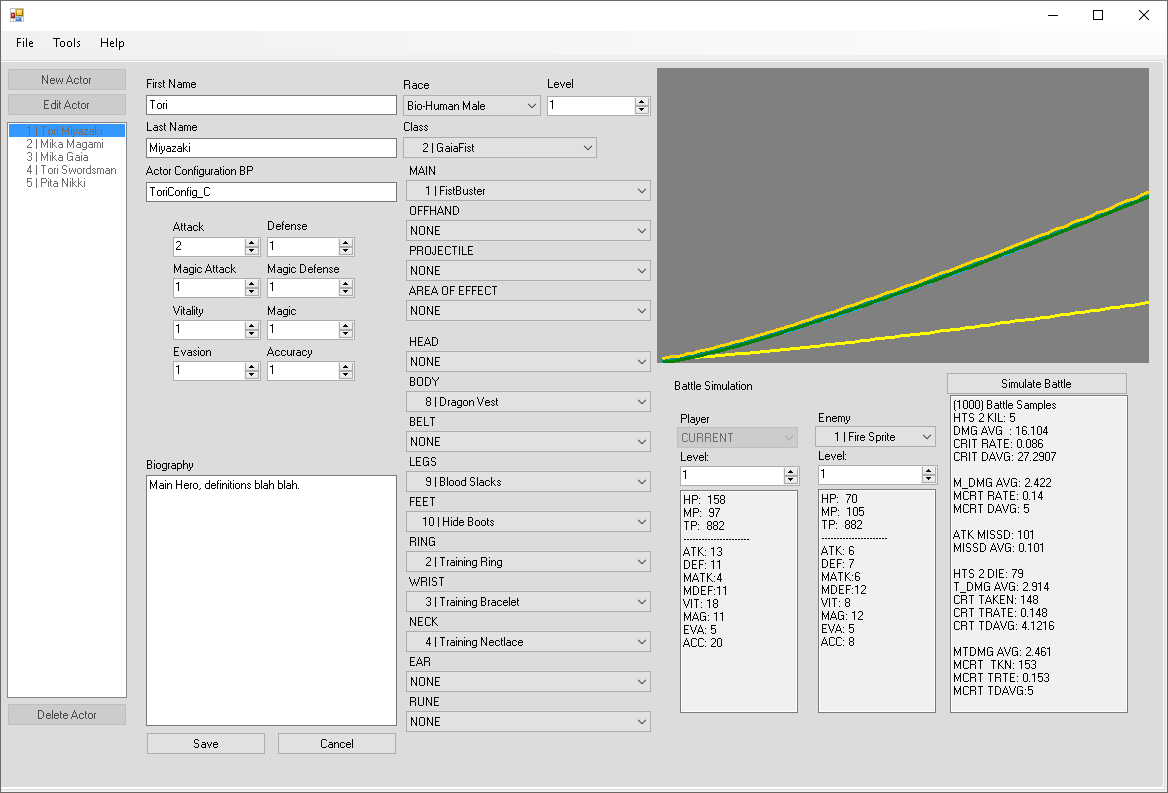 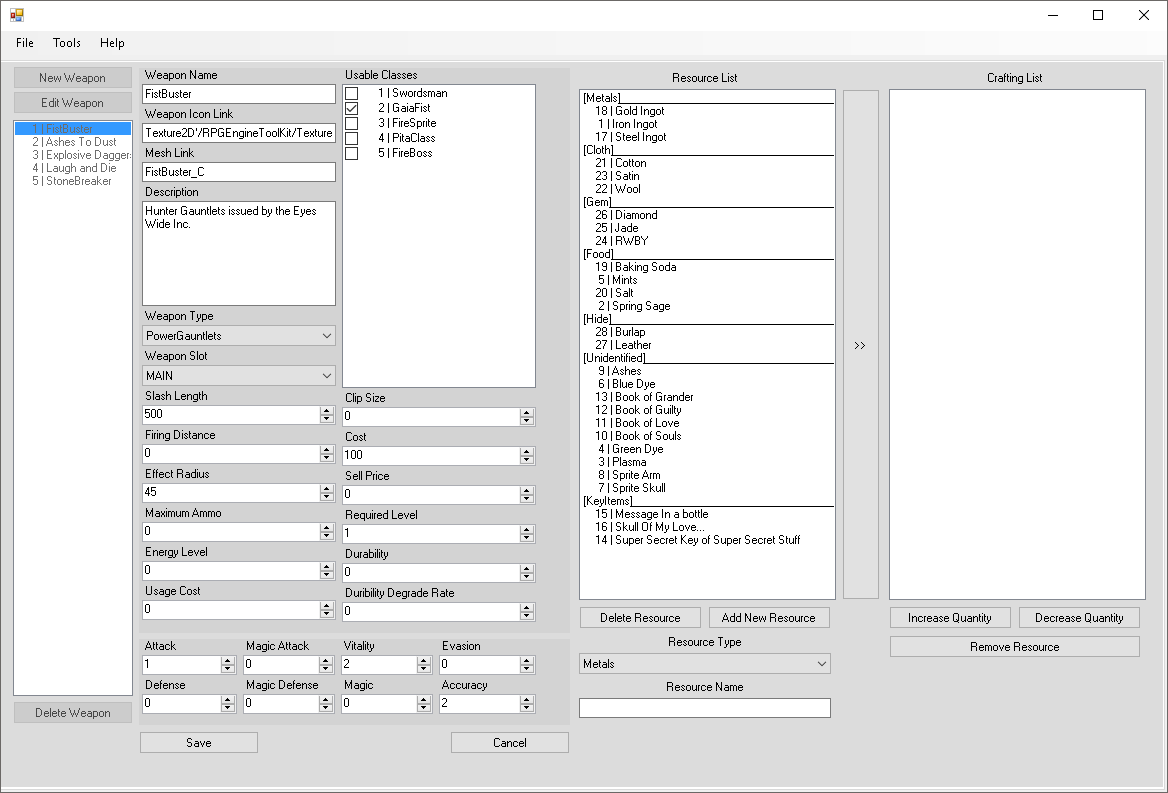 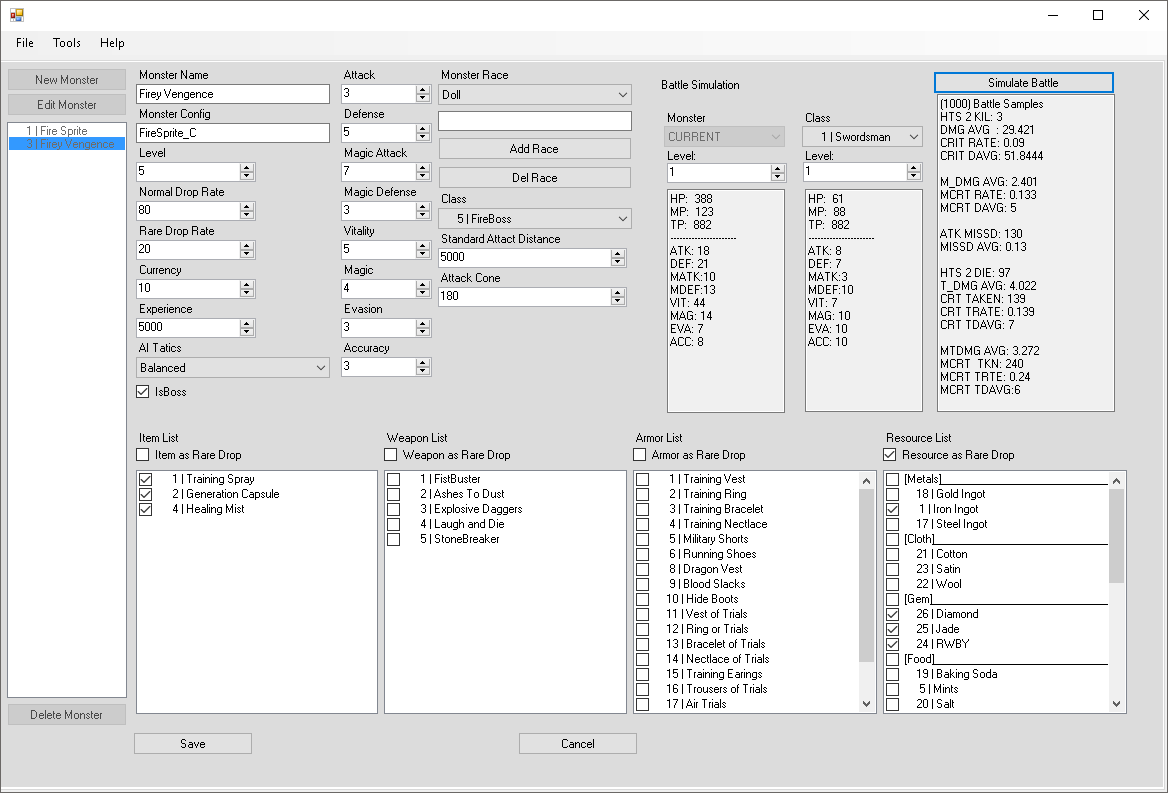 Event Flow / Interaction Creations w/ Branching Choice Options.
Note: As of now the event files are unencrypted. In another update i wish to add an option to have AES encryption on the event files to prevent mod-ing of certain event files. 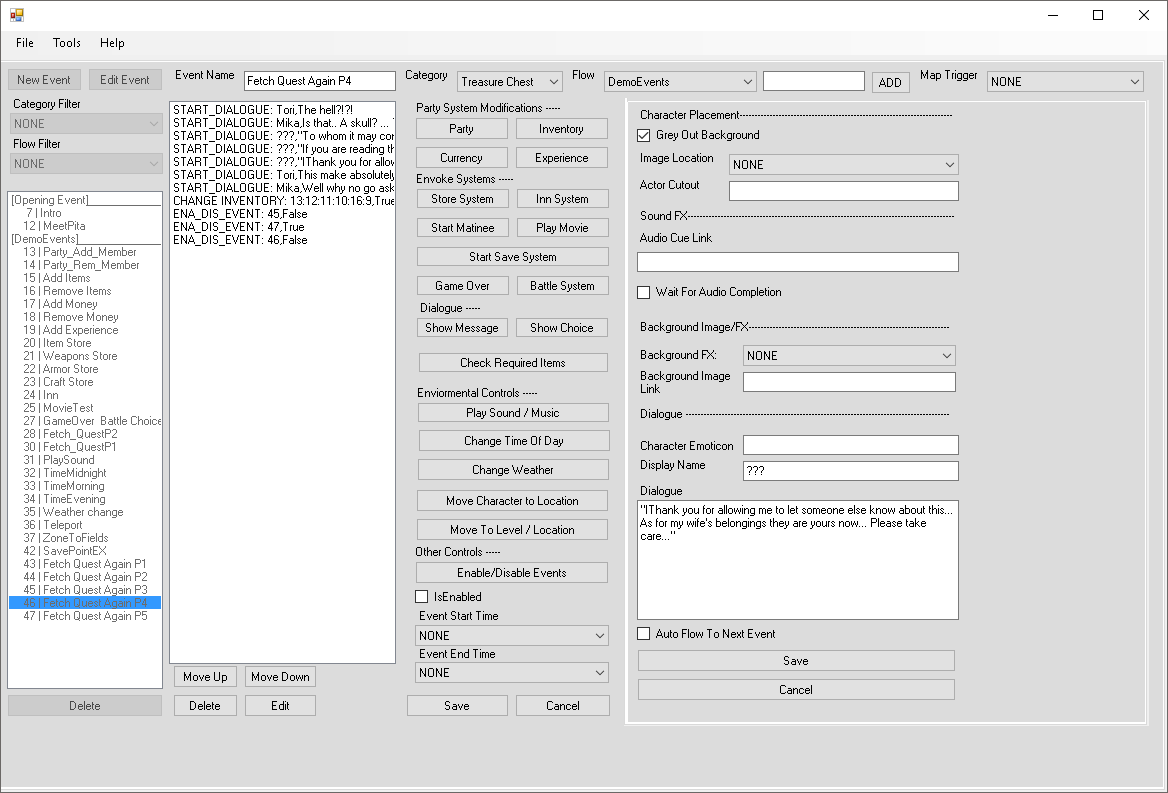