We are working toward venture capital funding and/or kickstarter. 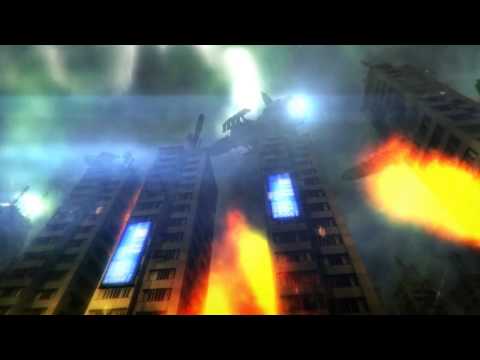 After the human race all but destroyed the Earth through years of war, they left in search of a new home. After traveling for 2000 years in cryogenic sleep, they arrived at the pristine and beautiful planet of Sorteria. The two global factions, “Republic of Earth” and “The People’s Democratic State”, have arrived at the same time. Old hatreds die hard, and once again the human race is at war.

Description:
ExtroForge is a combination of a resource management game like Command & Conquer, with a sandbox building game like Minecraft, and a first person territory battle game like Planetside 2. ExtroForge is filled with lore that explains the struggle of the human race as well as the mystery of the planet they arrived at. Players will experience this as they immerse themselves within the beautiful but deadly Sorterian landscape.

ExtroForge is a game in which you construct a base, upgrade your technology, build vehicles, and then take them into battle against other players. Players face off in epic 32 player matches, comprised of two teams of 16 players each. Once the game begins, the race is on to secure resources, find a home for your base and begin building. As you gather more resources and refine your technology, you build greater and more complex structures, and eventually vehicles that you can use to explore the world and to ride into battle.

ExtroForge features intense battles, with each self-contained match lasting anywhere from 20 minutes to 2 hours. With an FPS feel, ExtroForge also integrates a voxel-based building mechanic that allows you construct your base and vehicles brick by brick, as well as a RTS-like building and technology progression. In addition, both the mysteries of Sorteria and the dark truths of the world we left behind are explored in a unique story progression, with encounters in multiplayer matches giving you insight into the world of ExtroForge. The combination of these elements makes ExtroForge a truly one-of-a-kind experience.

Who we are:
We are a team of dedicated engineers, artists and writers. Our engineering team has a combined 40 years of development experience, and have developed games for many clients including Sega, Sony, Disney, MTV, Nickelodeon, Discovery and more.

What we’re looking for
We are looking for a few talented individuals to join the team in exchange for royalty and eventual paid work. We’re in talks with venture capitalists, so we’re very close to having some funding. ExtroForge has been in development since the Summer of 2014. In the last few months, we made the switch from Unity to Unreal Engine, because we found that Unreal Engine more closely meets our needs, and embodies the look that ExtroForge requires.

If you’re interested, head on over to our application page and fill out our online form:

Or simply email us at:
contact@extroforge.com

We look forward to hearing from you!

In you’re posting from last August you claimed to be “very close to venture capital funding”.
Have you archieved that now?
Otherwise it seems you’re rather dreaming of you great large game.

In you’re posting from last August you claimed to be “very close to venture capital funding”.
Have you archieved that now?
Otherwise it seems you’re rather dreaming of you great large game.

Have you actually worked on a game? People come and go… Needs arise… You should know that because you certainly come off like an expert.