I’m rather new to UE4 and I’m trying to learn how to use the blueprints (Which I really like at first glance!)
However I’ve stumbled upon a problem when setting up the controls for a 2.5D-sidescroller game.

It is regarding how the character rotates after it stops moving, the default way is that it freezes in it’s current rotation and just stops.
I’ve managed to make it turn towards the camera as a “neutral” position between inputs, but I want the character to face left/right instead depending on which direction it was traveling before it stopped receiving input.

I’ve watched several tutorials trying to figure out how to set this up, but everyone seems content having it facing towards the camera instead of the way it was facing.

The top part of the blueprint is the functional part which makes it turn towards the camera (Minus the rotator variable it tries to get).
The bottom part is what I’ve been experimenting with to make it understand that it should face left/right instead. 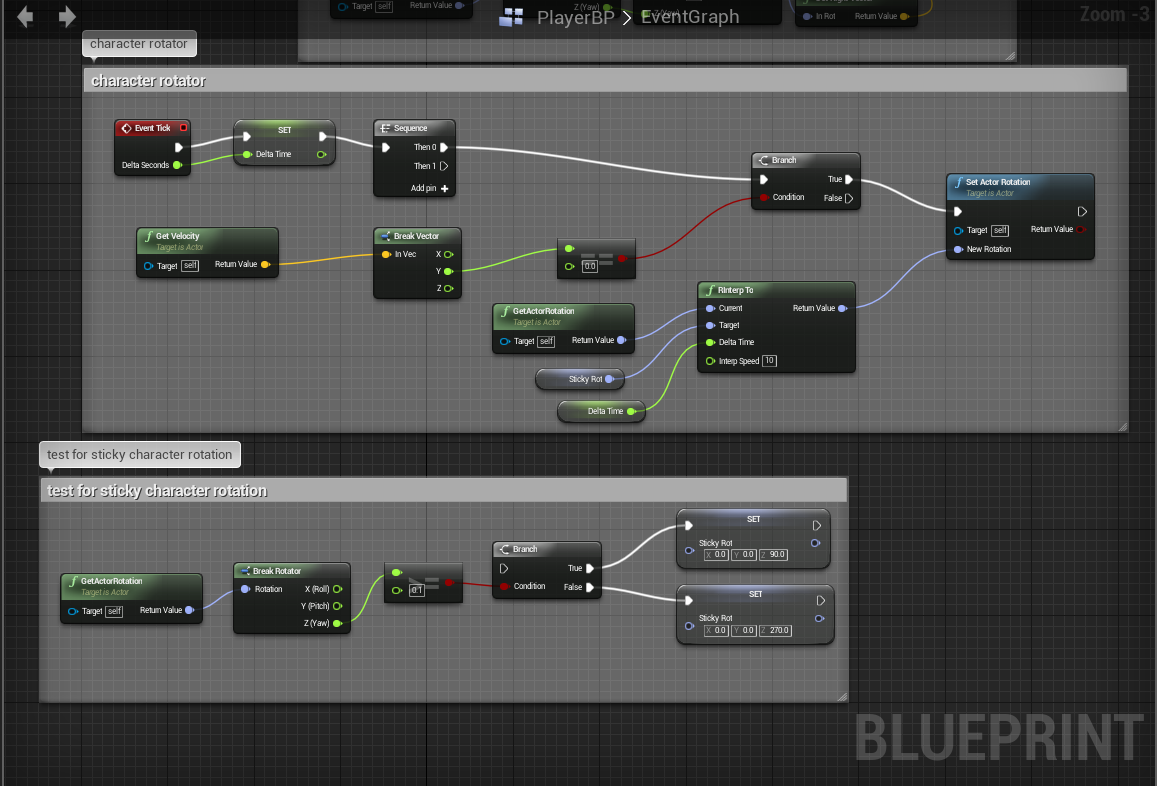 Could someone please point out the flaws in my logic, I bet it’s something super obvious, but I’m not getting it to work.

Judging by the lack of answers I’d guess I’m going about this the wrong way?