Rotate a vector by 90 degrees

Hi all,
I have tried finding tutorials and documentation about how the Rotators and Vectors work in advanced topics, like rotating a vector from axis and from another rotator. The past few days all I have found was not clear enough for Unreal Engine applications, maybe I’ve got more confused than before.
In resume, I want to make a trace generated from a distance vector between two actors rotate for 90 degrees, to the right of the origin trace point.
Figure 1:

Simple Line trace: Starting from the actor ending from the resulted vector from the difference between them. 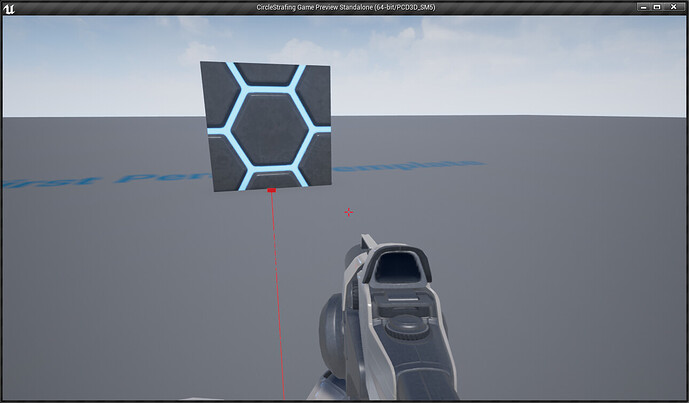 Them, trying to use a RotateVectorAroundAxis function (being honest, did not understand well how this works), got the following results: 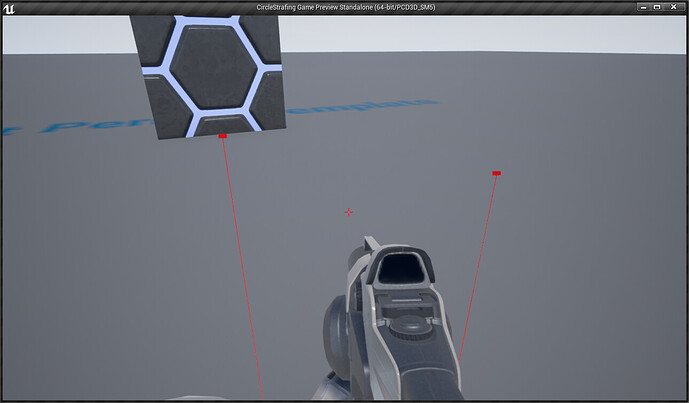 In resume: I wanted to know how to use this function(RotateVectorArounAxis) correctly or what’s missing in my blueprints that I did not see.

In addition to my first paragraph: What could you (community) suggest me to start an advanced study about Vectors and Rotators? This surely can help me to solve this problem too.

Hey, so I think what might be going on here is that RotateVectorAroundAxis is looking to take a direction vector in for its Axis. Try using GetUpVector to get the vertical axis, then rotating around that. Here’s an example:

In this example I use the character controller from the built in shooter project. We use the camera’s position for the start location of our line trace, then we use the forward vector * some constant to get a distance from the camera. Add that distance to the current location, and you have an end point that will trace from the camera to some distance. If you want a ray that will fire to the right of the camera, we can rotate the direction of the vector first by using RotateVectorAroundAxis. In my example, I pass it in my forward vector, then rotate 90 degrees about my up vector. This will turn the forward vector 90 degrees to the right.

Thanks, Brian!
Got this working as I wanted after following your logic. 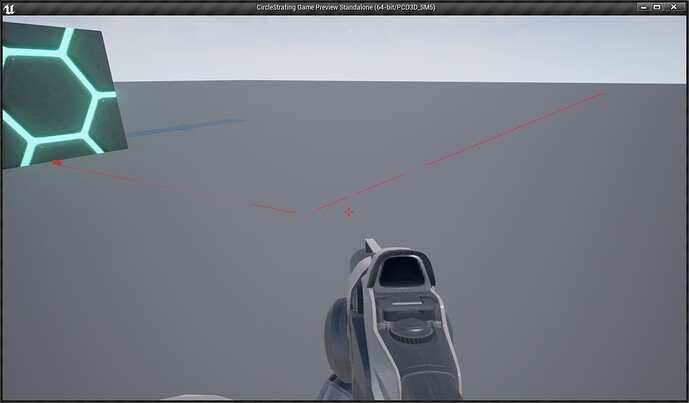 Do you have any suggestion how can I advance my study in these topics?

Ha! Yesterday I was really wondering why you wanted the vector to go 90°. Now I see

I’m simulating a Centripetal Force for a Circle Strafing Implementation, so it has to move this way: first it traces a target and them impulse forward to the object as it impulses to a right angle from the object referenced.
Those traces are actually just to get the 90 degrees calculation.