This issue has been plaguing me ever since I’ve started learning about root motion:

I have created a character in Reallusion Character Creator, and animated it with a simple straight walk cycle in iClone7, from which I exported it to Unreal to use with root motion. When importing the walk cycle in Unreal, the character does not move in a straight line, but rather it veers off with a small angle, causing it to straight further and further (see screenshot).

I have observed this behavior with every animation imported in UE4, from both Mixamo and iClone, as well as Maya. I have also tried to clean up my skeleton from all extra bones that sometimes iClone adds to provide support for weapons and other props, and I have also edited animation keys in Maya and re-exported the FBX, no no avail.

This of course affects also turning animations, making it impossible to put together the simplest set of motions for my character. I have scoured the web for a solution and came up with nothing that would be relevant to my scenario. If anybody has any idea what I might be doing wrong and how to fix it, I’d be REALLY grateful! 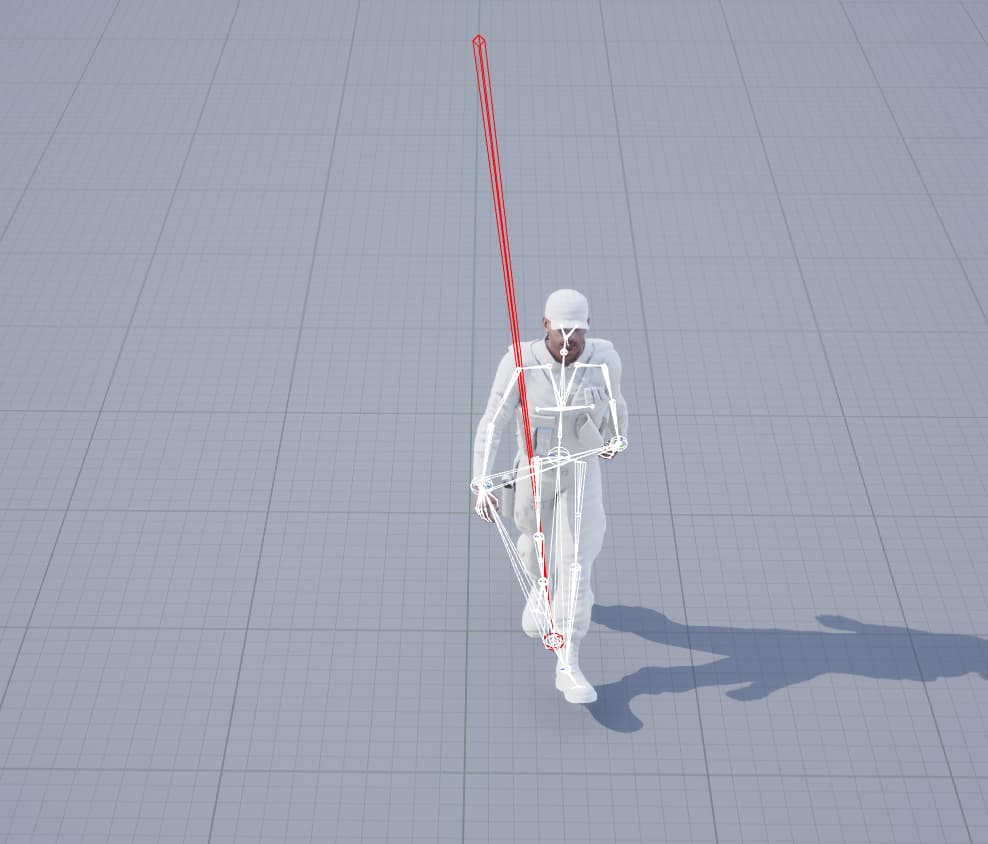 Try export to FBX, load it up in blender, and check.
Chances are it’s really just offset from whatever export system Icolne is using.

If it’s not. Then something must be wrong in engine with root motion - which is possible.