I’ve been having an issue for a while now that I cannot pin down.

For some reason, my physics ball actor randomly changes direction without any additional input upon it. All I do is give it an initial push, and set a timer to draw a debug arrow for the velocity vector. The ball has no linear dampening. When all goes well, it rolls to the end of the arrow, and another should spawn with the same direction and essentially same size (there is a minor amount of friction I believe.)

But as you can see from this picture, sometimes, the ball suddenly decides to move off in another direction and with a different speed. Sometimes it’s subtle, sometimes it’s abrupt like here.

I don’t particularly care about this sphere itself, it’s just a test, but this kind of thing keeps happening. Why does the UE4 physics behave this way and how can I solve it? 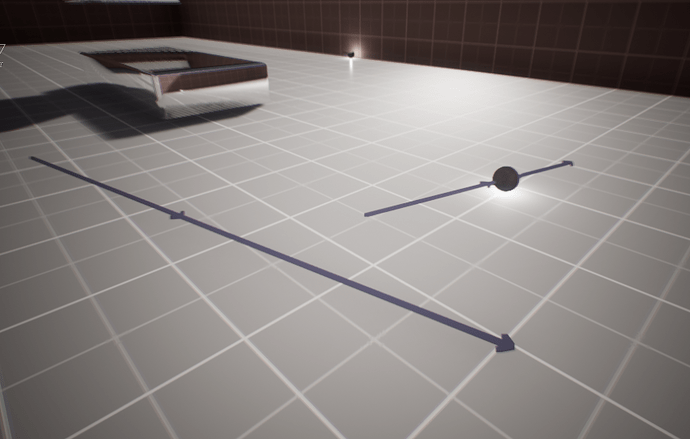 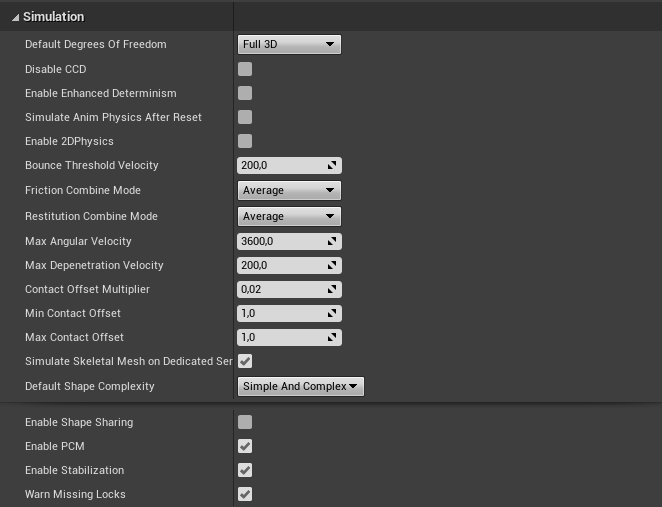 Could you ensure the component simulating physics is the root of the actor (drag the mesh onto the root). Does it help at all?

Also, are you using any plugins?

Thank you, though it did not help. I think I found the culprit however, in a physics volume that was encompassing the scene. Removing it made the issue go away.