[FONT=Slack-Lato]We are having issues extending out and editing a road spline, whenwe try to add new sections the mesh is created completely offset, the same thing happens when we create a new spline.
Also If we do a resample on the terrain the whole spline road will be offset from original terrain.
Has anyone encountered the same issue and managed to resolve it? 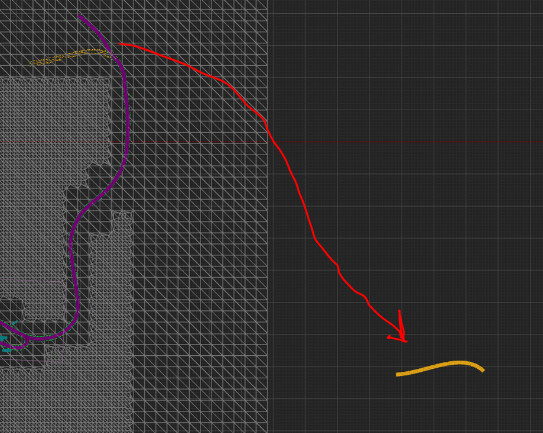 Odd.
whas the project converted off an older version?
what version is this happening for?
Does creating a completely new spline produce the same results?

thanks for your reply

the scene was created using 4:23, the issue is happening when attempting to edit/iterate in 4:23 and yes, creating a new spline has the same result unfortunately.

I used splines on .23 and did not have this issue.
I would suggest some basic triage. Create a new level with a new map, and try to create a spline on it.
IF it works, then the origin or settings on the landscape on the other map are offset. IF that’s the case then you should also get other issues like the grass for the landscape floating or falling into seams.
IF it won’t work and you still have an offset, then I’m not really sure.
Back when I was using it it had no issues aside from the measurement being Half of what it should be - when you set the width the parameter is half of the spline width instead of the full width, which made all my roads 14m instead of 7m…

Did you find a solution to your issue? I’ve run into the exact same problem in my Houdini Mapbox to unreal workflow.

The splines behave normally at first but after a few days I will try to add new points or new splines and those will be behave in the above manner.

Edit: this is still an issue after reopening in 4.25, i’ll try rebuilding it using exported heightmaps and update if it becomes an issue again