Working on a classic survival horror game. Kerry, Ireland in the 1890s, a man goes looking for his son, who he suspects has gone with his friend(s) to explore an abandoned castle. On the way he encounters the first zombie, then the next and the next, and he runs home to check on his wife, who’s gone. Then the game starts and you have to open the door when you’re ready. Surrounded by zombies, you’re to make your way to the castle where you suspect your son is. The video below is the main hall of this castle. 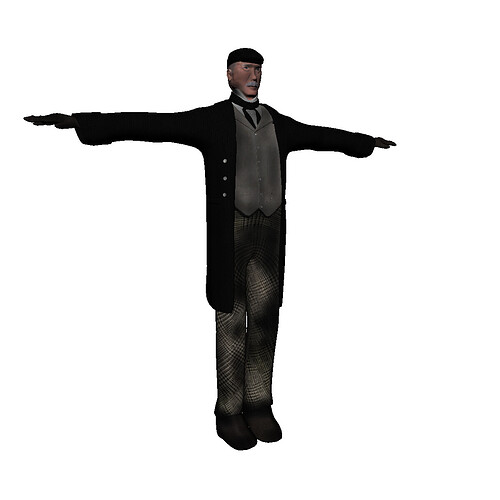 The castle is the majority of the game. Then you use a train and end up in Temple Bar in Dublin and then a nearby factory, and there will be Victorian gas masks, which are creepy.
Some interesting, non-RE ideas I have are oil management for burning bodies (I know that’s RE) and lighting rooms which may otherwise be too dark (the majority of rooms), having to check zombie bodies for clues and occasionally items, a more realistic hunger system than most games that have them (you wouldn’t be able to eat during combat, but you’d receive a bit of adrenaline as well during combat if I can implement what I want), and if in combat being unable to reload weapons that’d take too long. And it looks like a silent film and has the sound/music production of the early gramophones.

I’d love to stop learning everything at once and focus on fewer aspects of game development, so if anyone, especially modellers or animators (I can model and rig, I’m just slow), is interested to work on this I’d love that. Even other ‘programmers’ (actual programmers would laugh at my ‘programming’ ‘skills’) could help to reduce the workload.

Ideas, suggestions, criticisms, comments, &c. all welcome. Hope you like it!

I like the graphics, the music is nice too, i think the cameras switch too fast sometimes (kinda hurts the brain) and some have really weird angle, i could enjoy watching somebody play this but i couldn’t play it.

Thanks. There’s a few angles I want to make only activate if the player’s in the trigger box for a few moments or something like that. I wish I knew how they did it in the old Resident Evils. Just curious, are you coming from a perspective of a person that is familiar with and loved the old Resident Evil games or would you not enjoy those, either?

No i didn’t play Resident evil very much, i played the one on Sega when i was young, i liked it a lot at the time, it was really great/fun/scaring game. Then I played resident evil 4 (finished it, and i rarely finish single player game, im usually bored very fast). I don’t think i would enjoy the gameplay of the one on Sega anymore tho, it’s very static.
I just watched some youtube video of Resident evil on Sega to remind me, and re watch yours, i think you did a good job, I kinda want to play your game now :D, go finish it !

Thanks! Doing my best. I have a couple of people working on it now so that’s something. If you happen to come across any animators interested in this type of thing, that’s what we really need. Cheers.