Hi All,
I started a small project converting my Personal Old Environment work I did using Unreal3 (UDK) to Unreal 4.
I was curious on how the stylize with strong color but believable environment would look like using Physical Based Shaders and HDR Lighting.
Hence I started the project.
In the beginning I thought it’s going to be a week worth of work, but it ended up taking me 3 weeks. (almost every Weekday nights to complete XD)
Being a camera nerd, I uses blueprint to modify Camera Actor Class to have effective focal length FOV system and true dof system just like real camera.

In any case here is the video an some screenshots.
I personally think the effort worth the visual upgrade, but I’ll let you guys decide whether it’s worth the upgrade or not. 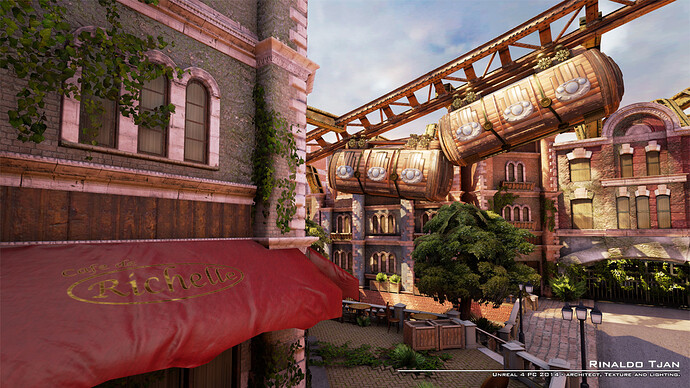 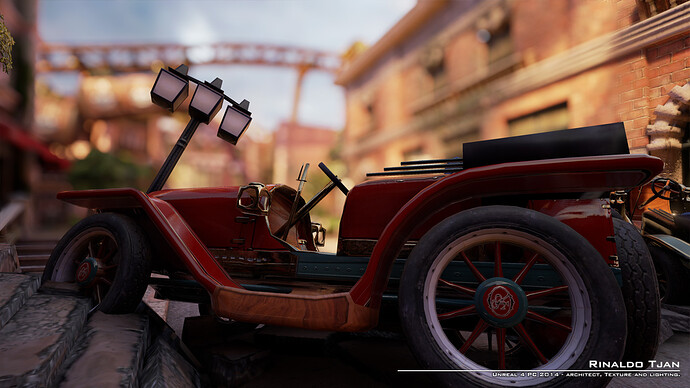 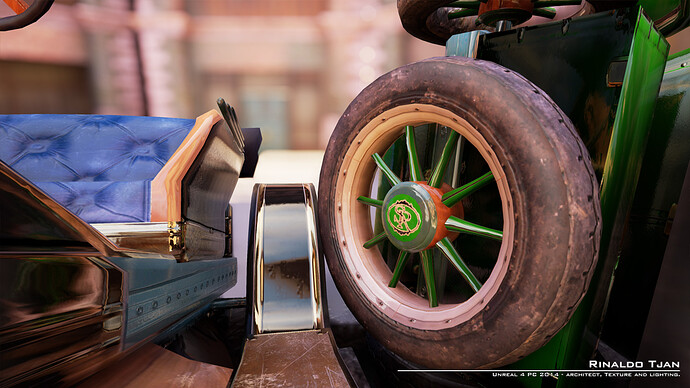 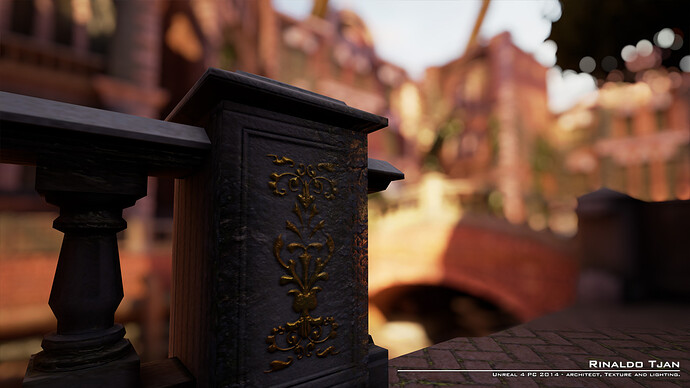 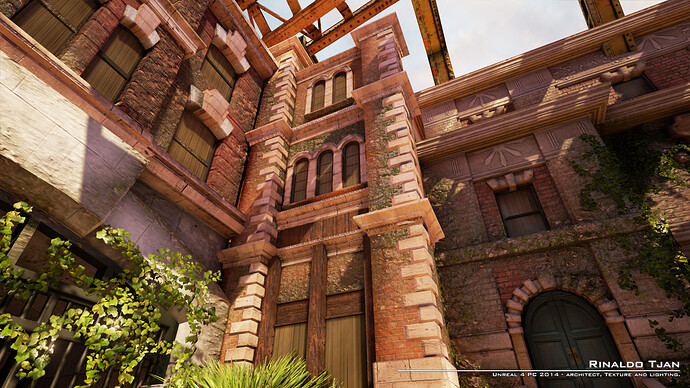 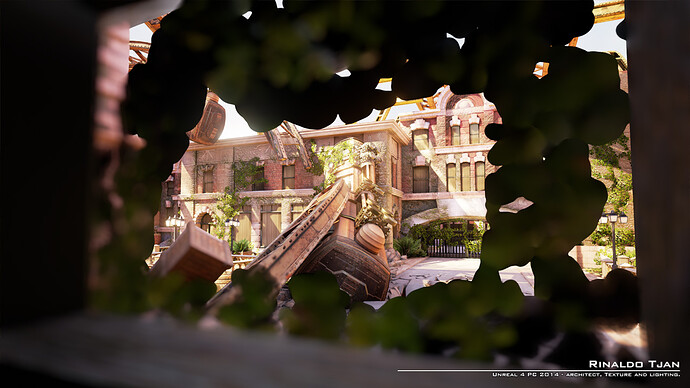 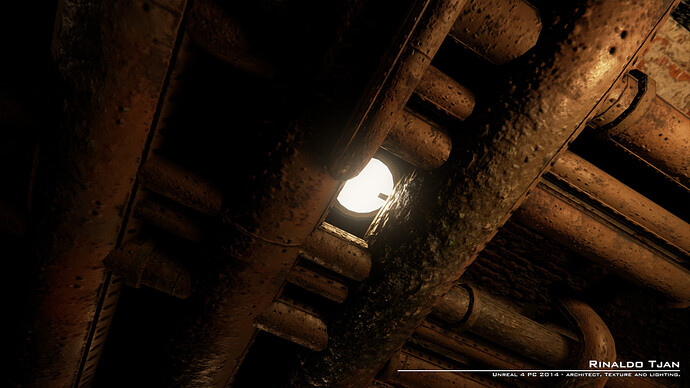 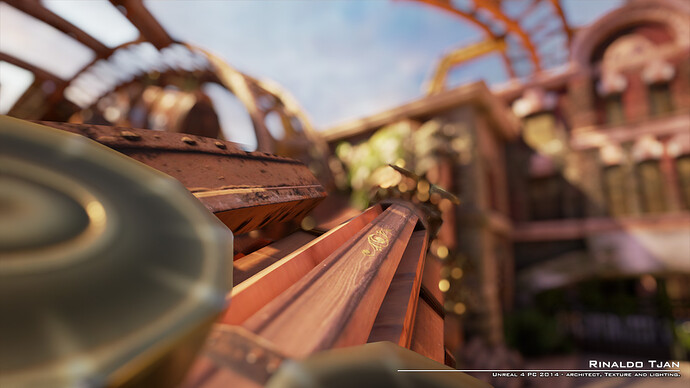 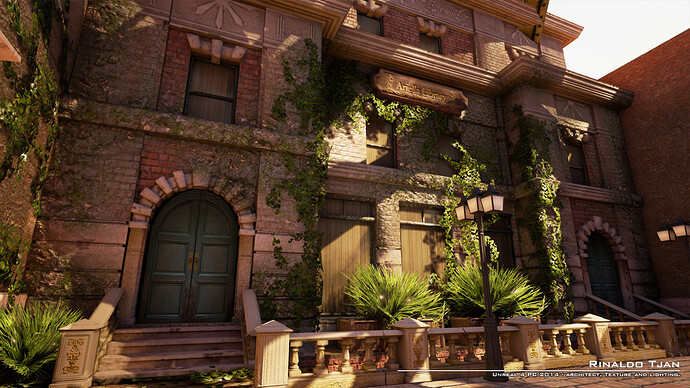 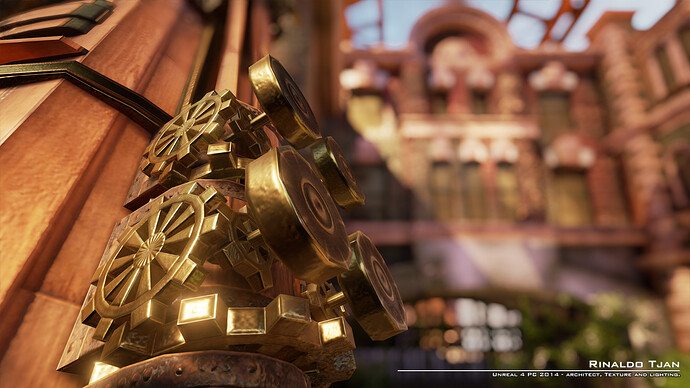 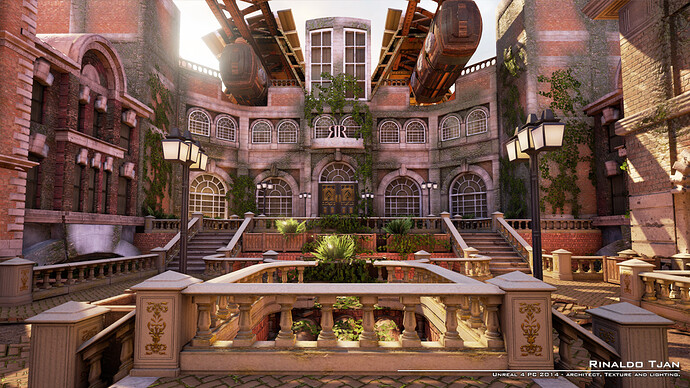 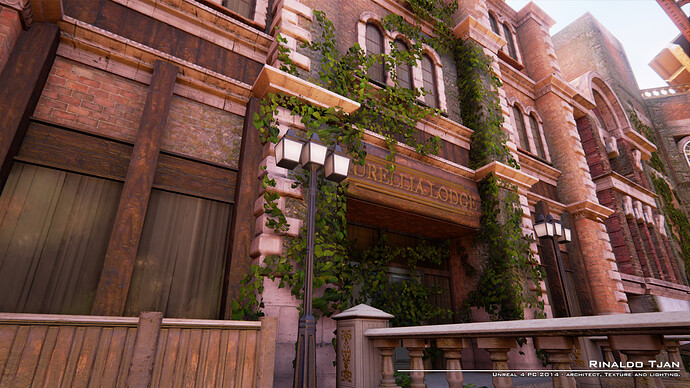 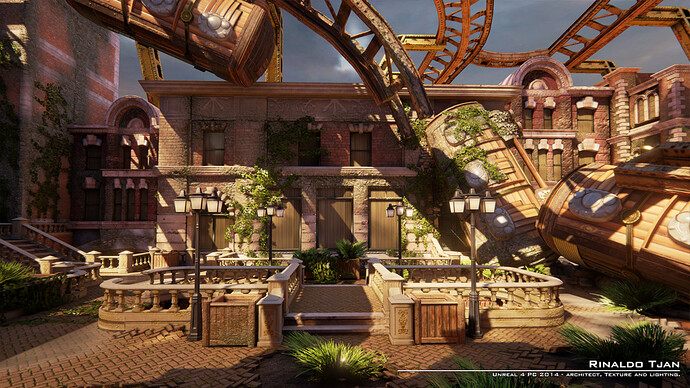 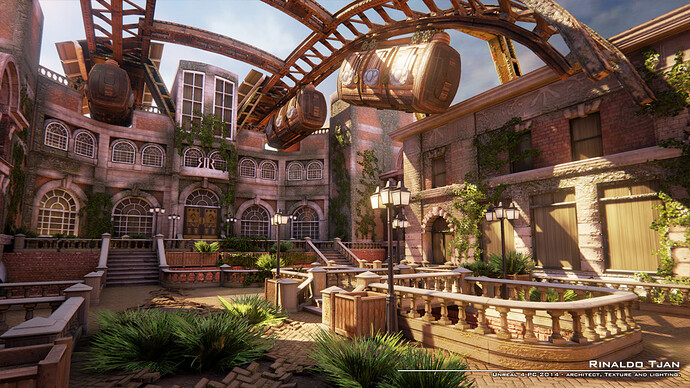 For people who prefer Vimeo (although it’s limited to 720P)
Aparently Vimeo have better compression compared to Youtube despite being lower res, but their color management in their online encoder surprised me.
It seems that they altered the color space during the upload (noticeable on the red car).
Maybe my Video wasn’t considered as sRGB and the reconversion to sRGB causes the red to look orange.

Looks great! (but the trees look a bit plasticy and lifeless)

Do you by any chance work at pixar?

It is beautiful! But i must say i’m a bit disappointed that there were no trains in motion.

this is amazing but for a crit i would say the depth of field is over used and the scene at 0:52 the chairs have no shadows. The train scene is truly nice

Gorgeous! That’s a beautifully put together scene. You may want to enhance it with a couple of small particle effects like leaves blowing from trees and unsettled dust near the accident site.

This looks fantastic! Thank you for sharing it with us. =)

That’s amazing, good job… makes me want to learn more, and faster. Too bad I can’t find any courses to take where I live.

Beautiful Scene! Every shot was done to perfection.

@thingimibob, ryanjon2040, Alexander Paschall, JoTay , Sean Gribbin,and everybody: Thanks for the kind words and glad you guys enjoyed it as I did

@BardicKnowledge: Thanks for the compliment, and yeah I agree with you about the tree XD
I did consider rebuilding many of the assets as they’ve shown their age, but I ended up not for two reason:
First, I was interested in almost 1 to 1 comparison between my UE3 and UE4 with the scene (Perf wise on top of the look).
Second, it’s because of the deadline I’ve set myself to finish the piece

@JohnF30: No I didn’t work in Pixar, but thank you I take that as a compliment

@Jacky: Sorry no moving parts on the scene, I’ll make sure to have moving train on my next project, I like trains so there’s high chances any new personal project I made comes with train

@AzamKhan: That particular scene does have Indirect shadows (baked in) although on retrospect I should have frame it better. As for DOF, it’s one of my scene where I hack the Near DOF (so it’s not True Focus DOF) and struggling with BP+Matinee Combo. I’ll explain it on the technical breakdown in the future.

@Alexander Paschall: You’re absolutely correct on the PFX recommendation, it could be very cool with vector fielded leaves fx and lit floating dust.
Render time in AfterEffects is the worse time for me, there’s so many things came to mind what’s wrong with the scene and what’s should have been added as each frame render across the monitor second by second. Unfortunately Personal deadline take precedence XD

@Cruward: There’s a lot of youtube video to helpout with tutorial and Epic did an awesome job in providing help for Unreal4. I’ll post a technical breakdown sometime in the future that might help out some people in the community.

Very cool. Reminds me a lot of the Bioshock Infinite art style/architecture.

Very cool. Reminds me a lot of the Bioshock Infinite art style/architecture.

That’s exactly what it reminded me of. I don’t know why. Maybe the lighting?

I too would recommend adding some movement to the leaves. Looks very nice otherwise!

Amazing work! would you share the blueprints you used for the camera?

I didn’t work on Infinite I swear

The original Unreal 3 scene (which is all those assets and arrangement) were build at the end of 2010, after I finished the last Bioshock 2 DLC.
At that time, my brain was all wired to make any scene look like a theme park facade XD (So more or less influenced by Bioshock itself lOl)

Amazing work! would you share the blueprints you used for the camera?

Will share the information when I write the technical breakdown for the scene creation.
I have few problems with the camera system itself that I hope by sharing it gave me some feedback on how to solve it.

Great, looking forward for the breakdown