I’m using the rig creator and I’m trying to understand how hands and feet are rigged. I have a human character that I’m rigging, and I would like 3 joints for each finger and one bone for all the toes.

I come from Max, and when I create a hand rig I have a bone that extends past the end of the finger with a nub. With Epics system, if I leave the default settings as-is which is 3 joints per finger, but there isn’t a bone created at the end of the 3rd joint (distal bone), it just ends there. Would I need to setup 4 joints per finger then, to allow for a smooth bend between the middle and distal bones?

Also why does the thumb roll-out only let me create up to 3 bones? I cant enter any more bones in “Number of thumb joints”. When I create more than 3 joints for the other fingers, say 4 for example, it only creates 3.

As far as the foot; would I need to create another bone that extends past the “ball_mover” joint, to allow the toes to bend smoothly? If so, would I just create 1 bone for “Number of middle toe joints”, or use a leaf? 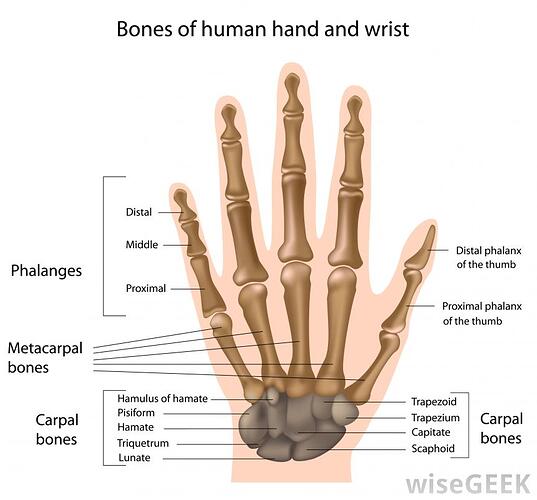 In Maya you have to think of joints, not bones. The difference is that a Joint is where something bends, rather than a bone which would be similar to an anatomical bone. A joint is in essence just a transform with orientation and deformation properties. Mathematically, it is more logical to think of it as joints than bones.

If we don’t consider the bones inside the hand, but only the fingers, there are only three bend points. That’s why you only get three joints.