Hi, Pretty new to this workflow. I’ve just downloaded the latest version of the datasmith plugin and unreal engine 4.27.
Is there a reason why it’s always saying no connection found even with both programs open?
Is this suppose to be like that? I’ve clicked on the sync button and that just exports UDSMESH files. I’ve got no idea how to link this to unreal? 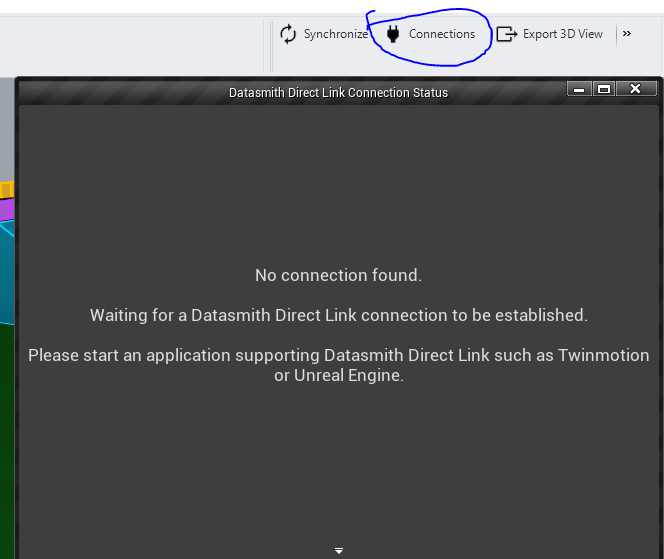 I’ve also followed the documentation guide which says to export geometry as .udatasmith and then opening it in unreal via the datasmith in Unreal engine.
Just wanted to know what’s the difference between importing .udatasmith vs .3dm?

Any help would be great! Pretty hard finding a video workflow on this as well!

Datasmith Runtime (as its name implies) is a feature to import Datasmith Scenes at Runtime (Play in Editor or packaged app).

.udatasmith files are standardized scene files exported from our different DCC plugins (see Datasmith Software Interop Guides | Unreal Engine Documentation for a guide on how to use the plugins, and Datasmith Exporter Plugins - Unreal Engine to download said plugins).

I would suggest having a look at our new documentation for Datasmith Runtime in 4.27 too : Using Datasmith at Runtime | Unreal Engine Documentation 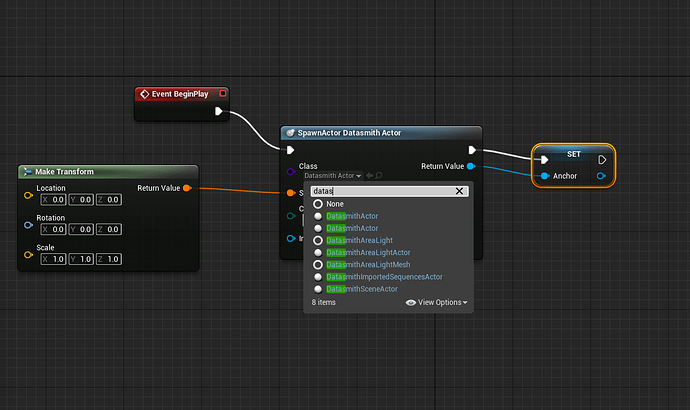 Have you enabled the Datasmith Runtime plugin ?

Nope, thanks for the prompt response!