There is an issue with exporting skeletal Meshes from 3Ds Max or Maya, while it is something that is kind of obvious, it could be documented as it gives an error message in UE4 that doesn’t explicitly define what is happening.

If I have a skeletal mesh I’m exporting that the root bone and the mesh has the same name, I receive an error that shows import failed.

As a result we spent the last hour or so trying to figure out why this was caused, but upon resolution we could see that it should be noted within the documentation for newbies as it isn’t a prevalent error. Perhaps this could be sorted in the documentation, or explicitly stated as an issue when importing the FBX.
Thanks, Ben Stanley. 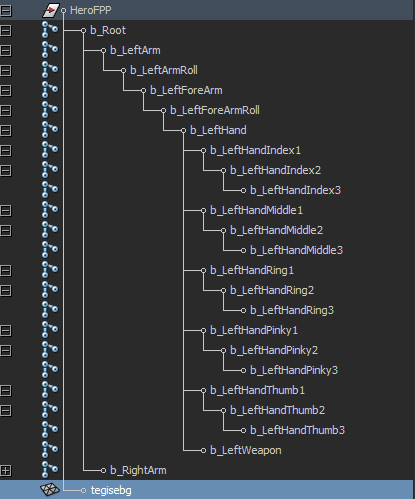 I’ve found problems occur when I try to import things with groups in there, sometimes it doesnt care other times it freaks out. Give it a shot without having anything grouped ie. just your mesh and skeleton.

The thing is, this happened with an Epic asset, untouched it works, but once opened in any 3D program, it gives the errors…

hmm that is weird can you go through your process?

We downloaded HeroFPP and the asset importer broke because the Group and mesh name were the same. We tried this with both 3DS max and Maya.

Ok so I’ve exported the HeroFPP like you said brought it into Maya done nothing but re-export and re-name it and I get an cannot import error with the editor.

I then re-opened the FBX in Maya un-grouped the skeleton and mesh and then re-exported and it imports fine… Trouble is that there is a transformation on the group that rotates the mesh (not the skeleton for some reason) so it imports with the mesh rotated face down.

As I’ve said I’ve had problems with importing FBX with groups in them before I don’t know if an epic guy would like to comment on this but in the short term you can un-group the mesh and it will work though if the face to floor thing is a problem you might have to tweak it.