I have a randomly generated map spawned at runtime using streaming levels, and have an issue where any replicated actors placed inside those levels will spawn twice for the clients.

I am spawning the levels on each client, so it makes sense. But it’s an issue because I only want the replicated actors to spawn once - on the server, and then be replicated to the client. Otherwise I run into issues where a client picks something up and it doesn’t disappear, because there was an actor on both the server and the client.

How can I create randomly generated maps on each client using streaming levels, while also having the ability to place replicated actors inside those streaming levels without them doubling up and being created on both the server and the client?

Looking for a way to spawn streaming levels from the server side and have them replicated to the clients. 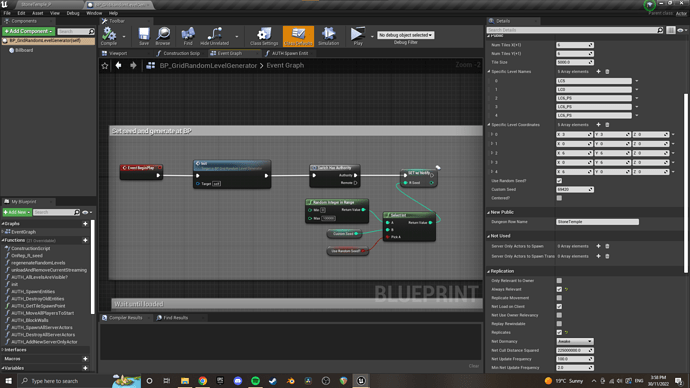 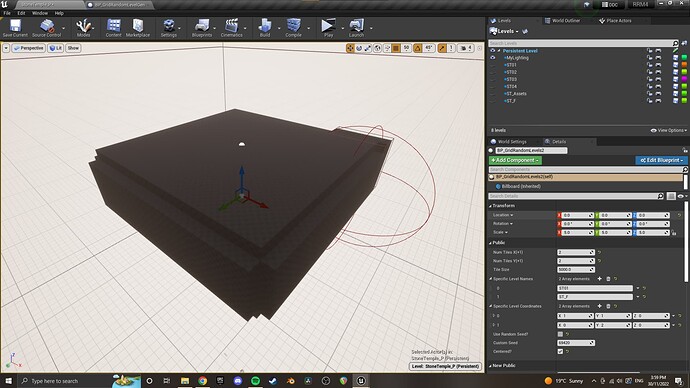 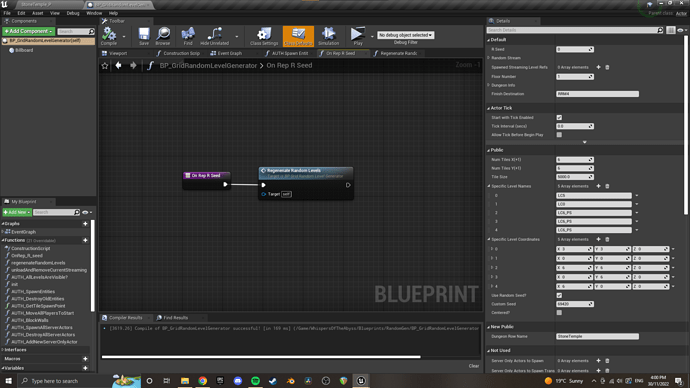 image1920×1080 338 KB
RepNotify function which is fired on each client whenever the seed is changed on the server, causing the same map of streaming levels to be generated on each client 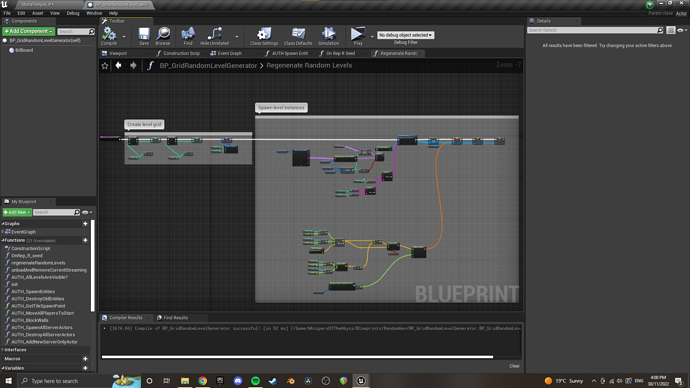 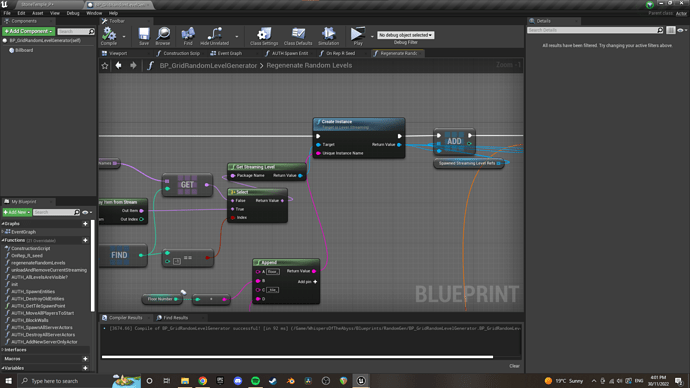 This will make it so that ONLY the server Spawns the level based BP instances. Those Instances need to all have “Replicates” ticked in the class settings.

Actually I think I jumped the gun on this.

Where are the BP instances initialized?

The BP_GridRandomLevelGenerator is in the persistent level. The sub-levels are up in the level tab shown in the second screenshot. I want to dynamically spawn instances of those sub-levels at runtime for multiplayer - i.e. have them replicated to each client.

This is what I started to think you where doing.

But to be clear… you have sub level grids (Actors) that spawn other actors?!

I figured out a workaround. I added an actor component to each replicated actor I would be placing in sublevels, which at begin play would send it’s class and transform to the level generator and then destroy itself.

Note: The actor component cannot be in the replicated actors default settings - it must be manually added after placing that actor in a sublevel otherwise the newly spawned actor at the end of the level gen will also have the component