Just wanted to let you know that I’m contributing to an awesome game that’s made in UDK. (I’m not the head developer but I do wish to draw attention this way)
I’m a community mapper / content developer here. 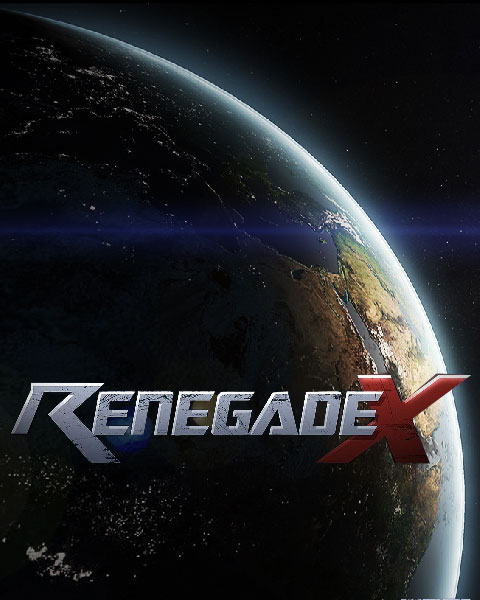 Renegade X is a tactical First and Third Person Shooter with Real Time Strategy elements, set in the Command & Conquer universe. It is a high quality award-winning free indie game being created on the Unreal Development Kit.

"We have waited centuries for this moment. The rivers will flow with the blood of those who oppose us." - Kane

The conflict between the Global Defense Initiative (GDI) and the Brotherhood of Nod originated in the late twentieth century, when a meteor carrying a mysterious substance struck the Tiber river in Italy. It was named Tiberium, which composed of valuable elements. Although Tiberium has proven to be an important source of income when refined, it is fatally toxic, and its contagious spread threatens all life on earth.

GDI was formed in 1985 by the United Nations as an international security force set to combat global terrorism. Conceived as a united peacekeeping military force, GDI depends on the technological sophistication of its weaponry, and the superior training and loyalties of its officers.

At the same time, the Brotherhood of Nod, led by the charismatic Kane, grew to prominence. Working largely in third world countries, wherever there was discontent and unrest, there was Kane. With the promise of a New World Order and bankrolled by the illicit Tiberium research and trade that Kane made famous, Nod began to gain power. A few scattered, disaffected units grew into an army with powerful atomic weaponry, ruthless tactics, and a Tiberian fortune.

Where GDI stands for international stability and the containment of Tiberium’s expansive spread, Nod seeks to overthrow the established order and build a world centred on Tiberium research.

Renegade X is a tactical First and Third Person Shooter with Real Time Strategy elements, set in the Command & Conquer universe. It is a high quality award-winning free indie game being created on the Unreal Development Kit. Originally, Renegade X was an Unreal Tournament 3 mod, and the beta won six awards, including “#2 Best Vehicle Set” for the Making Something Unreal Contest, “#3 Best Upcoming Mod” for the Mod of the Year Contest in 2008, and “#2 Best Multiplayer” in 2009’s MOTY.

In 2010, Totem Arts made the decision to make Renegade X a standalone game, available to everyone. Since then, the team has released a singleplayer mini-campaign called Operation Black Dawn. Black Dawn was released in January 2012, and it is a demonstration of what’s to come. We are currently developing the awaited multiplayer version, which has yet to be released.

Two Unique Factions that differ in weapons, vehicles, and gameplay style
40+ Weapons and Vehicles
A Functional Ingame Economy allowing players to manage their own credits, purchase weapons and vehicles, maintain and increase income, and hurdle enemy credit flow.
Command & Conquer Mode is the central Renegade X gamemode, which will feature a skirmish pitted between GDI and Nod. Each team will have their own respective bases composed of key structures, and the main objective is to destroy the enemy base while protecting your own
A singleplayer mini-campaign, complete with 1-2 hours of gameplay and cinematics. Black Dawn was released in January 2012 and is available for download
Capturable Tech Structures allowing teams to buff up their offensive capabilities and economic reserves in multiplayer
Superweapons at the disposal of players such as Nuclear Weapons, spaced-based Ion Cannons, and airstrikes.
Skirmish Mode, allowing you to play offline with bots that are compatible with C&C-mode
And oodles more!

Please check out the game and come play with us sometime! The leading community here is based at www.constructivetyranny.com

Some reviews by others:
[video]Renegade X: Command and Conquer Lives On - YouTube

I knew the FPS project ‘Renegade X’ based on the world of ‘Command and Conquer’ was aborted a long time ago.
But I was mistaken.

I am glad to see the battle between the GDI and the NOD. ^^
I wish the project ‘Renegade-X’ to succeed.
Good luck!

There was a released FPS in C&C universe called Renegade.
Cancelled successor you are probably thinking about was to be called “Tiberium”.

There was a released FPS in C&C universe called Renegade.
Cancelled successor you are probably thinking about was to be called “Tiberium”.

Make sure to check it out! It’s free

Free and AAA quality, I will try.