I am pleased to announce that my classic arcade starter pack template is now released on the unreal marketplace! 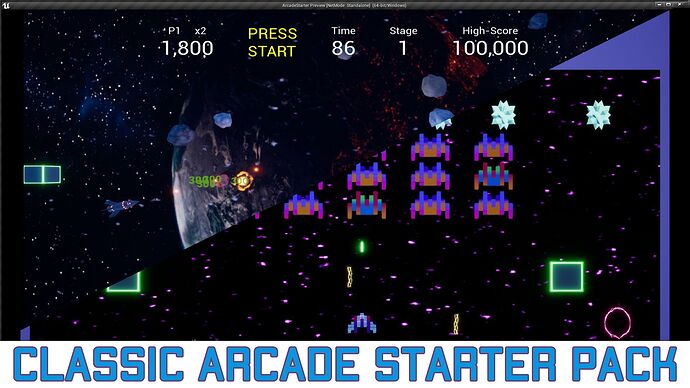 Inspired by the work I have done on a few classic arcade remakes, and the lack of any “top 10 player” points scoreboards on the marketplace, I decided to create a simple Classic Arcade Starter Pack that had the basic necessary elements of an arcade game.

I wanted to make the main attraction the scoreboard, and wanted to make the rest of the elements simplistic, modular, and easily usable in any type of arcade game. So I used components that I could apply to any actor, to give specific functionality. I got the idea from the components tutorial by Zak Parrish Using BP Components for Game Behaviour | Live Training | Unreal Engine - YouTube which I found a great resource for making things modular.

I intend to update this with more example games, and more arcade features, as people make requests or I get inspiration from forgotten games of old. As my personal quest, to remake the fond memories of my childhood continues, I will be updating and using this as a starting point for new classic arcade games with varying mechanics and functionalities. Many of which will make it into the pack as new example projects, but some core functionality may make it into the parent project.

Currently there are 2 working examples. See demos below.

THE PACK CAN BE FOUND AT: 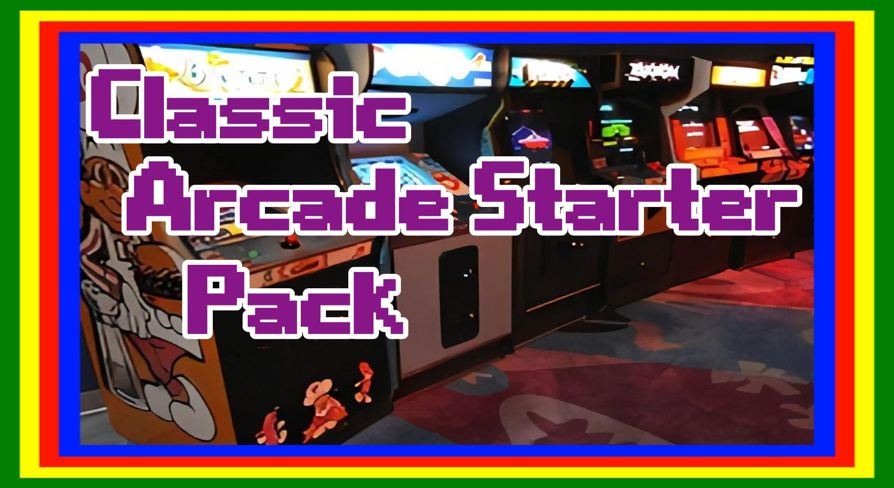 The Classic Arcade Starter Pack is a Modular, Agnostic, Arcade Game Blueprints Template Project, with all of the common arcade functionality already done for you. 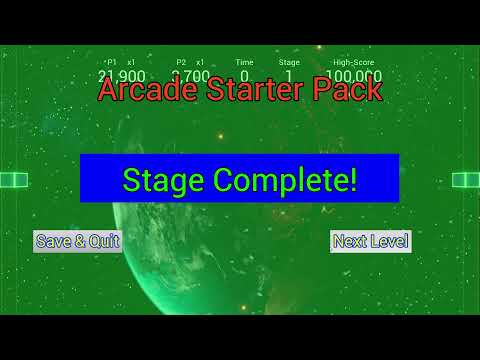 I would love to hear feedback on the project, good, bad, and ugly. Let me know what you think!

Questions:
Q - Can I make 3D games with this pack?
A - YES! It is an abstract parent based system, built to be as game agnostic as possible.