Relative transform... Relative to what?

Hello. I am new to game development and unreal engine. I am seeing this most places in the engine. RelativeLocation, RelativeRotation, WorldLocation and WorldRotation. I understand the world rotation and location, but what about relative? Relative to what? Can someone explain those to me?

It’s relative to the Parent, NOT the Root.

To show you this, I have created a BP consisting of three components. A cube (root), a sphere and a cone. 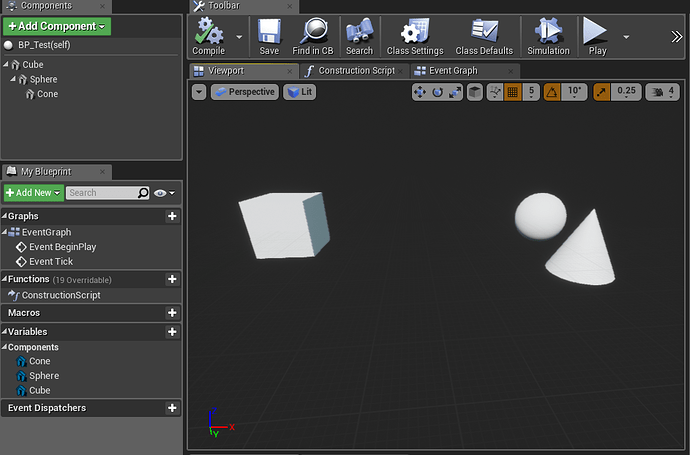 This is not the correct answer.

I mean… you could also just say “yes” to my answer

But yeah, looks like there is no built in functionality to get the transform relative to the root. <3

Actually I wanted to say yes, but I noticed a wrong answer that says its relative to the root, so to make it clear for everyone not to get confused (which answer is correct), I had to answer the question.