I’m having issues with the reflection captures in v4.17. My question is: can this be a bug in v4.17 or am I missing something…?

Since it’s difficult to explain, I’ll try to show with some screenshots. In below,

In v4.16 it looks like this (which is how I inteded it to look, you can see for example the reflection of the bookcase against the wall): 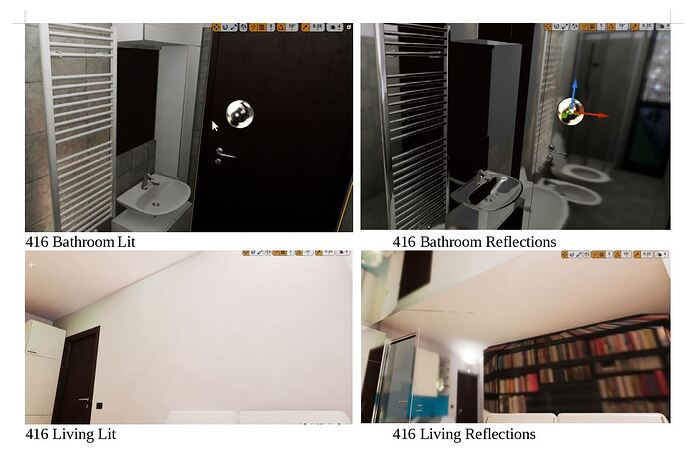 While in v417 it looks like this (this is not correct. you can see for example the reflection of the bathroom tiles against the living room ceiling and walls): 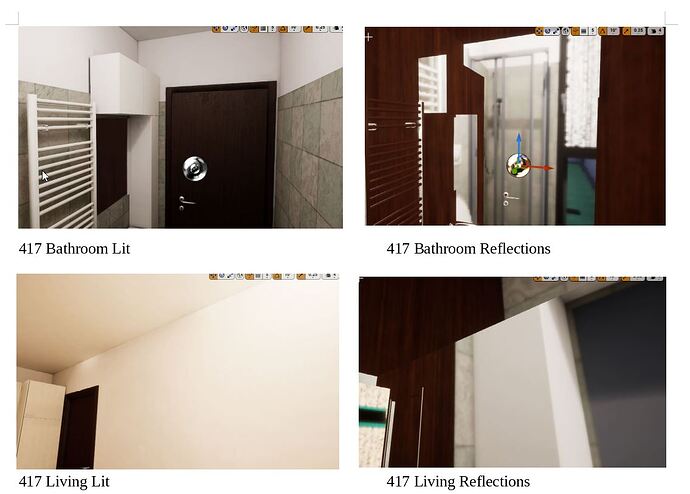 Does anybody have any idea where to look for a solution to this problem?

Thanks for any help you might be able to offer.

I solved the issue:

Not sure if this can be qualified as a bug, but perhaps the impact on reflections could be added to the “know issues” list on <link>

Anyhow, I’m posting this so that others looking at the same issue may be helped

For each material you want to have per pixel reflections with forward rendering, make sure you go into those materials and opt into “High quality reflections” in the details panel under forward rendering. It ups the instruction count for the shader, but brings back the reflections as they were in the deferred pipeline.