Referencing a variable in GameMode

When my game is complete, I want to stop the timer by setting EndGame to true - essentially giving the player their time.

I get an error when reaching this point as the player

The End Game variable is set to public/editable.

You have a couple of problems there. 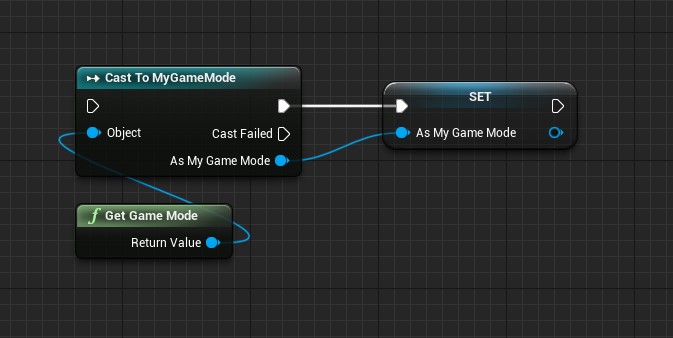 Thanks a lot, casting to FirstPersonGameMode did the trick.

Interesting about the event tick, i followed a tutorial and it seems to work with my limited testing.

I’ll keep that in mind though,