In UE4, if you want to reference, from the Persistent Level, an actor that’s in a sublevel, you can just create a soft reference to it. However, this doesn’t seem to work with World Partition’s Level Instances. I’m not sure if it’s by design, not implemented yet, or broken.

Below are multiple tries at this, simply by trying to reference a cube that’s in a Level Instance from the Persistent Level.

First, I tried to select my cube from the soft reference variable dropdown menu. As you can see, the cube isn’t available in the dropdown. 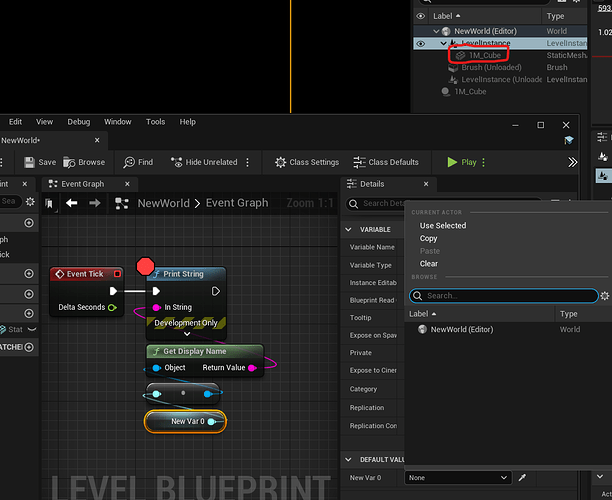 The second try is using the “Pick actor from scene” button. With that, I can pick the cube from the scene, which properly initializes the variable. 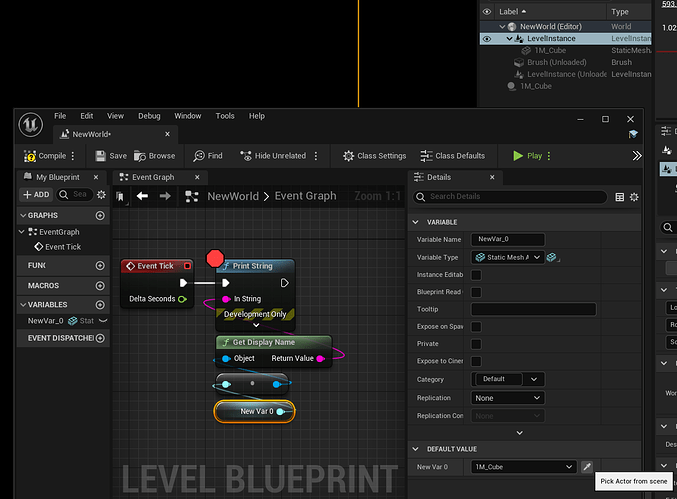 However, at runtime, the soft reference fails to be resolved.

The third try is by going in “Edit Mode” on the Level Instance. In such case, the cube becomes available in the soft reference variable dropdown menu. 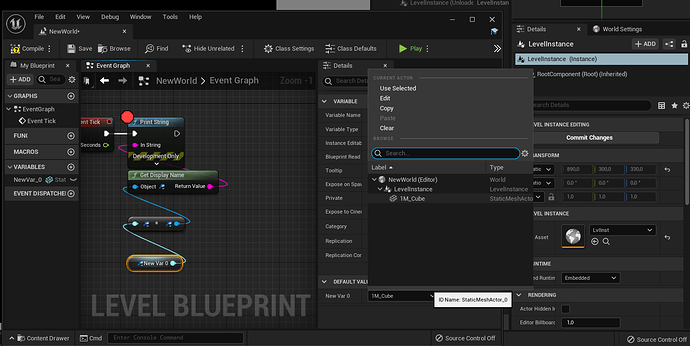 However, as soon as we exit “Edit Mode”, we get the following warning.

And if we try to play, the soft reference also fails to resolve.

So all in all, I’m not sure if that’s expected or not, and what will be the status of that at 5.0. But being able to reference actors in Level Instance would be pretty important for us, so I hope to at least get some clarification on that.

Any update on this? It’s still appears to be a very real issue.