Hello, Unreal Community!
Finaly we are ready to share with you our game (work in progress) called Redeemer! We’ve been working on it for a long time and there will be much more of it.

OVERVIEW
REDEEMER is a top-down action game where you will punch, hack and shoot your way through the enemies to destroy the power-hungry corporation turning people in mindless killing machines. 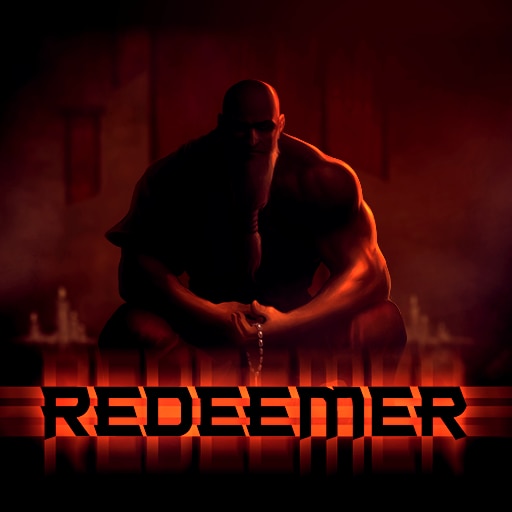 And here is text description of the game.

STORY
Play as an elite operative who once worked for one of the biggest arms industry corporations in the world. Officially working in security he was tasked with infiltration, assassination, extortion and even torturing. When eventually the company decided to get rid of him, he managed to escape to a secluded monastery deep in the snowy mountains. For 14 years he was trying to find peace and harmony among his fellow monks while still being haunted by his murderous past. But now it seems that even after all these years the corporation hasn’t stopped searching for him…

CRUSH YOUR ENEMIES
beat them to a pulp with your bare hands;
cut them open with a knife or smash their heads with hammers, pipes, bats, etc.
stealth kill them like a ninja;
break their necks with an extinguisher, run their heads against a cabinet and use other objects around you to make environement kills;
or you can just take out your machine gun and spray every **** ***** standing in your way!

DEVELOPMENT
The game is currently in the pre-alpha stage and is set to release in Q4 2016.
Our target platform is PC, and given the opportunity we would also like to port the game to XBOX and PlayStation later on. At the moment we are trying to launch a full production cycle.

Looks great man, has a clean feel to it. How many people are on your team?

Thank you for feedback and for “bug report” (steam link was fixed)!

We are working in free time and for no money, so team is floating. But in the base we have programmer (me), 3D Artist, Level Designer and Animator.
Also there are people who made 2D and Sound.

Posting a thread two times with the same content?

Posting a thread two times with the same content?

Hey there, i went ahead and moved the posts from the other thread to this one and removed the duplicated one.
Please stick to one thread at a time! (:

Hello! I’m sorry for spaming, it’s not very obvious about what to choose between Work in progress and Released projects threads in case when we launch Greenlight campaign.

Hello! I’m sorry for spaming, it’s not very obvious about what to choose between Work in progress and Released projects threads in case when we launch Greenlight campaign.

I choose the WiP thread, because both your Threads stated “work in progress” in the first Sentence.

You are open to create a Thread in “Released Projects” with a new Text that advertises your Game. It should not be a copied version of this one here, which is mainly to report progress.

Based on the video, this stuff looks like some great action!

Hey, everyone! We’ve reached TOP50 on Greenlight today. A big THANK YOU from our team to all of you magnificent people who voted and promoted our game! Stay tuned.